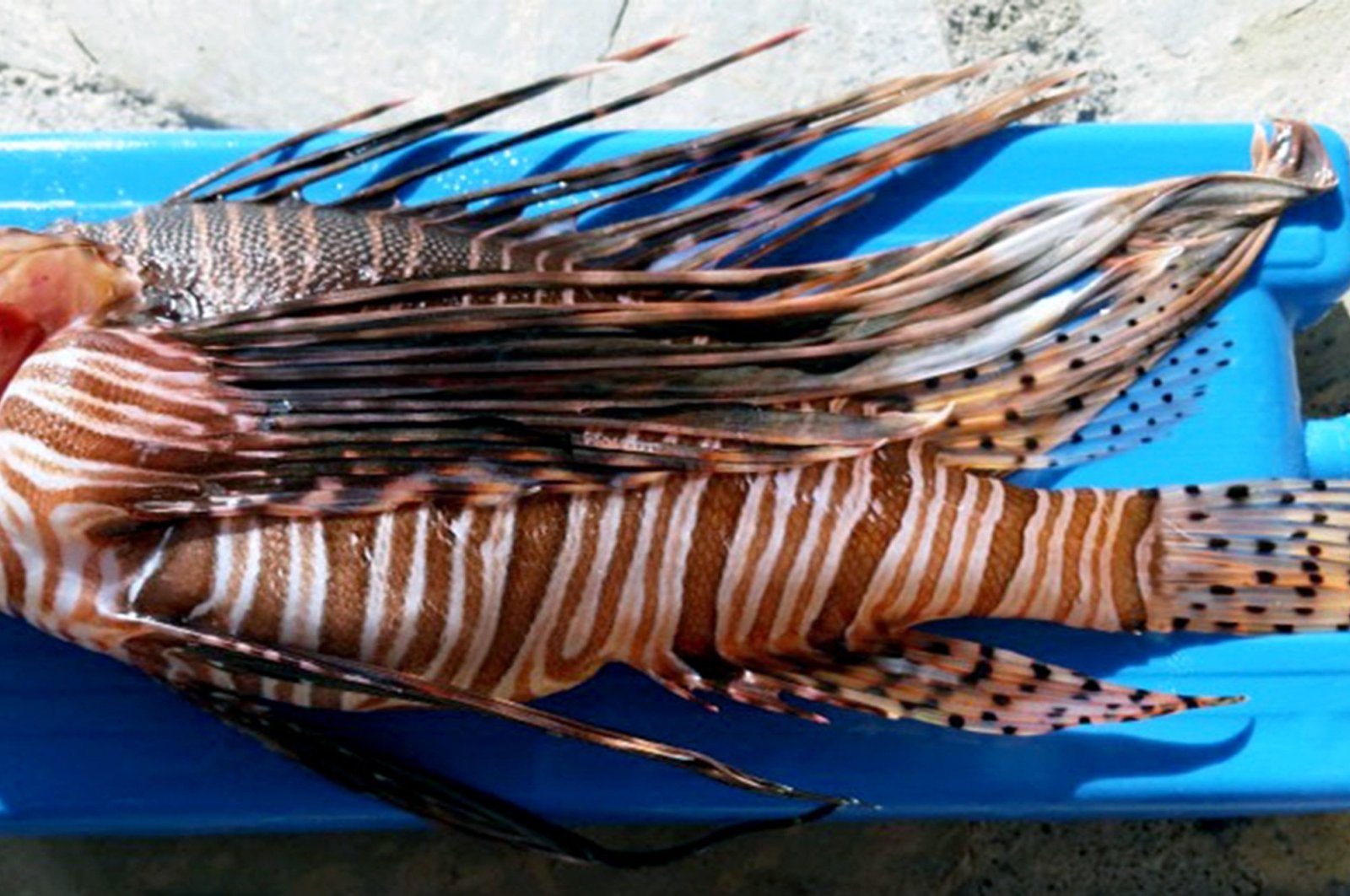 Hundreds of invasive species live in Turkey’s seas. Professor Bayram Öztürk who studies this maritime “invasion” says increasing the variety and number of these species cause a biosecurity problem for the country littoral to the Mediterranean, which is home to some 900 invasive species.

Species, from plants to animals, have been more apparent in Turkish seas, from the Aegean to the Black Sea, as well as the landlocked Marmara Sea in recent years. Not very hazardous to human health, they still pose a risk for the fishing industry while threatening to upset the balance of the food chain.

Öztürk, an academic at the Faculty of Maritime Sciences at Istanbul University and the chair of the Turkish Marine Research Foundation (TÜDAV), penned a book on the issue based on his study that focused on invasive species introduced to the Mediterranean Sea.

The professor says most invasive fish and sea creatures that make their way into the Mediterranean Sea are carried there by the ballast water discharge of large vessels. Ballast water is fresh or saltwater held in a vessel’s tanks and cargo holds to help the ships maneuver easily while sailing empty or when in rough seas. “This is an important matter on the transportation of nonindigenous species. We have to exert efforts to track ballast waters,” Öztürk told Demirören News Agency (DHA) on Monday. The international community had signed a Ballast Water Management Convention in 2004, which came into force in 2017. The convention requires signatory flag states to comply with standards of the proper discharge of ballast water without introducing invasive species to seas. Turkey is among the signatory countries.

Some 10 billion tons of ballast water, the “equivalent of water that can fill 4 million Olympic-size swimming pools,” are carried across the world, Öztürk says. Figures by the International Maritime Organization (IMO) indicate that one new invasive species is introduced to other seas at an average of every nine weeks.

The ballast water may be among the culprits in the introduction of nonindigenous species to new seas but, according to Öztürk, other factors also aggravate the problem. “For instance, the Mediterranean is not resilient enough nowadays against invasive species. We see fewer big fish species, like swordfish, dusky grouper, white grouper or tuna, which could consume and therefore eliminate these species in the Mediterranean. Without a predator, invasive species thrive,” he said. Climate change also makes the Turkish seas a better habitat for these species. “Mediterranean seawater had a rise in temperature, by up to 2 degrees Celsius (3.6 degrees Fahrenheit) in the past five decades. Thus, nonindigenous species can easily adapt to this new environment. We see silver-cheeked toadfishes in the Black Sea, for example, a place where it should not be able to survive,” he noted. Six countries are littoral to the Black Sea in Turkey’s north, and the number of invasive species existing there is now close to 300. The Marmara Sea is home to more than 100 species and the connection between the two seas may worsen the situation. Öztürk said the Marmara serves as a transit waterway for ships traveling to and from the Black Sea, and should also be better monitored. He notes that the Suez Canal, accounting for the travel of the most amount of invasive species, may not be the only culprit for invasive species in the two seas. Other solutions apart from monitoring ballast water include fishing, Öztürk says, adding that there was also a need to raise awareness among the public of these species so that people can report emerging species they encounter to authorities and allow earlier measures to be taken.

“This is an issue going beyond borders. Turkey is not responsible for the emergence of new species. Invasive marine animals damage fishing, biodiversity and tourism and in some cases, inflict injuries on people. We have to protect species endemic to our seas, otherwise, more invasive species will take hold in our waters. This is also a threat to food security,” Öztürk added.