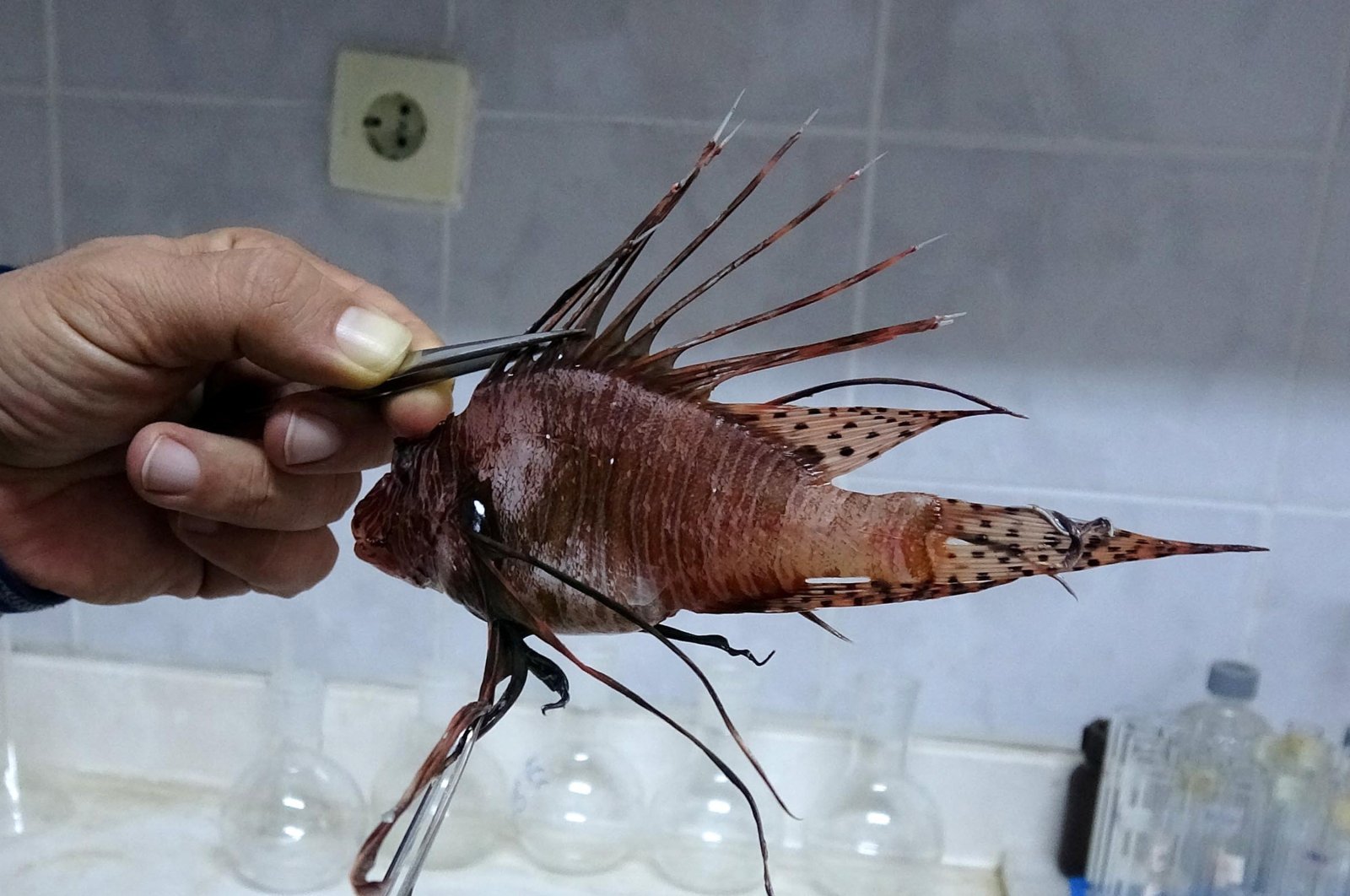 The Mediterranean Sea is now the habitat of a large number of tropical species. Arriving via the Suez Canal in Egypt, the species, particularly fish, threaten to upset the balance of Turkey's ecosystem, littoral to the Mediterranean. A Turkish expert says the number of invasive species recorded at sea reached 600 in recent years, pointing out that it is “an abnormal rise.”

Though most do not pose a direct threat to humans, the species poison the food chain. Professor Cem Çevik, a marine biologist from Çukurova University in Adana, a southern province with a small stretch of land on the Mediterranean shore, says “tropicalization” is underway in the Mediterranean.

“We know the existence of some 600 species but there are more, microorganisms we are not aware of yet,” he told Ihlas News Agency (IHA) on Monday. An increase in climate change that forces species to relocate to find new shelters, is a major factor in the invasion. In the past two decades, species otherwise not seen in other environments, rapidly relocated. Toadfish and lionfish lead the invasion in terms of numbers. Poisonous toadfish are also a threat to humans and can be fatal when casually consumed. Contact with the fish also causes rashes on the skin. Endemic to the Indian Ocean, east of Africa, Australia and Japan, it made its way to the Mediterranean after the opening of the Suez Canal in the 19th century. Since then, climate change has multiplied its numbers in past years.

The warming waters of the Mediterranean are the main reason for the arrival of invasive species, Çevik says, adding that some scientists believe biodiversity may collapse due to invasive species. “It will certainly have devastating results. We are not talking about the fish only. We see some species of shrimp, mussels and sea worms not endemic to the region too,” he said.

One way to fight the invasion is to educated fishermen on the dangers the species pose and encourage hunting, according to Çevik. The government offered bounties last year to fishermen hunting down toadfish.