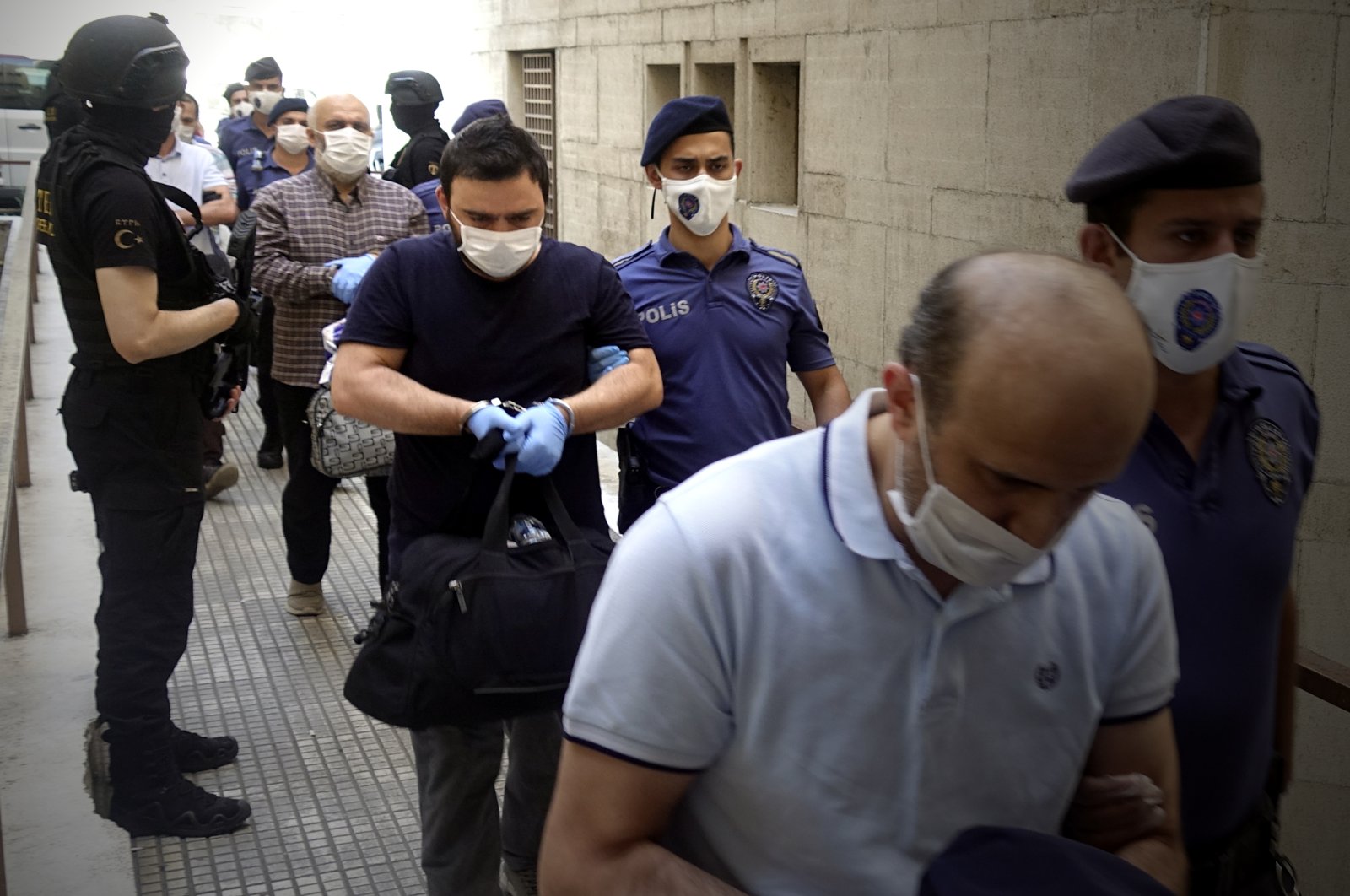 Police in the northwestern Turkish province of Bursa arrested 14 Gülenist Terror Group (FETÖ) suspects in a raid on the group's safe houses Thursday.

A former director of a Justice Ministry department was among the suspects.

Bursa Chief Prosecutor’s Office had already issued arrest warrants for 15 suspects and two fugitive convicts who disappeared after being sentenced in a case. They were earlier released pending trial.

One captured suspect was identified as Erol Mutlu, a former Justice Ministry official who was serving as a judge in Bursa when FETÖ moved to seize power with the July 15, 2016 coup attempt.

Another suspect, Hayati Canlılar, was the former director of a now-defunct business association linked to the terrorist group. A lieutenant expelled from the military on suspicion of links to the group was also captured.

The Police also found fake IDs and other forged documents in possession of the suspects. Operations were underway to capture other wanted suspects.