4 Daesh terrorists get life in jail over 2016 Istanbul bombing 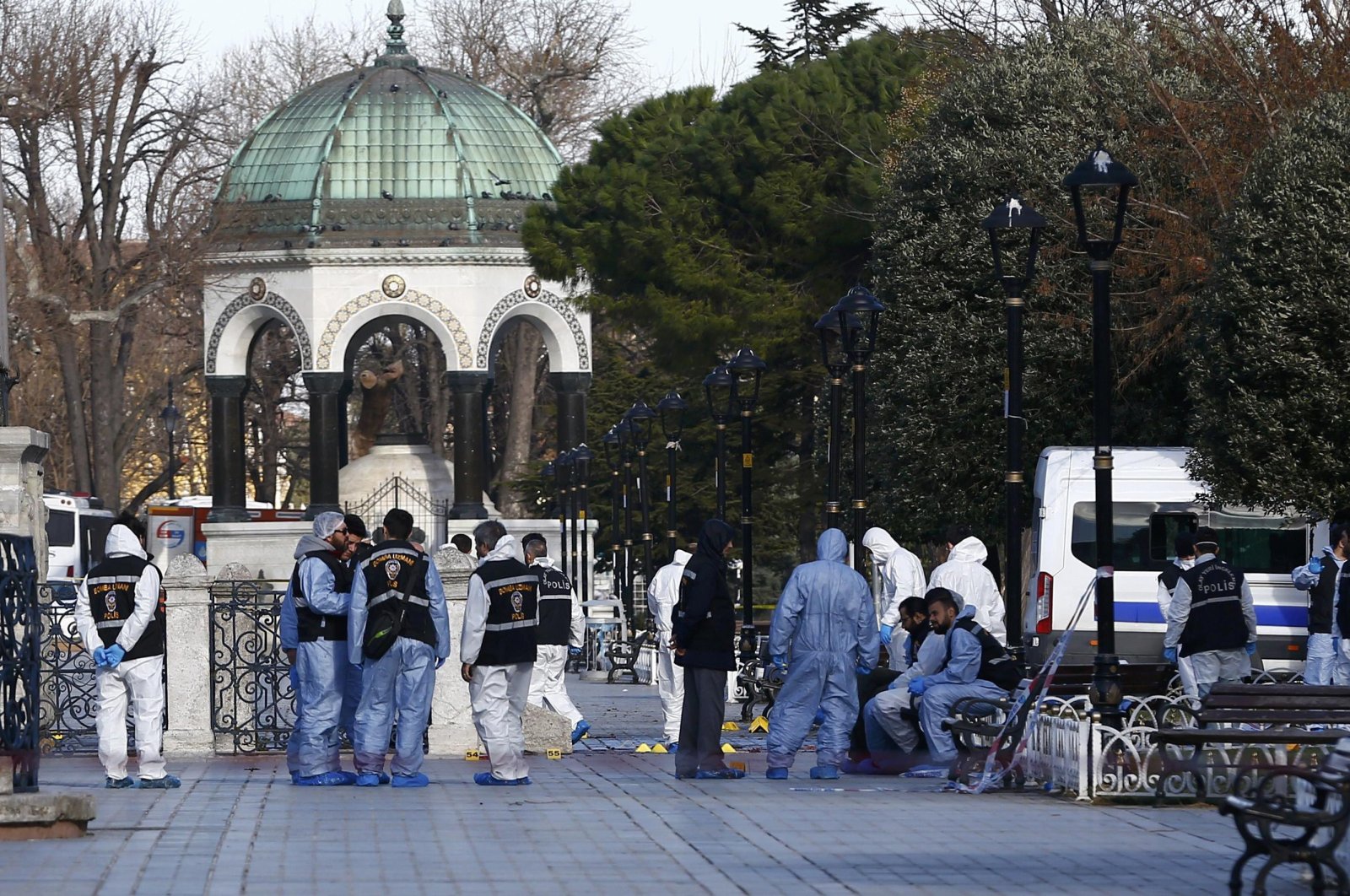 Police forensic officers attend the scene after an explosion in front of the German Fountain in Sultanahmet Square in Istanbul, Turkey, Jan. 12, 2016. (Reuters Photo)
by Anadolu Agency Apr 06, 2021 6:57 pm

They were handed 192 years each for helping Nabil Fadli who blew himself up, 128 years for "assisting attempted murder" against 16 people, and eight years and four months for keeping dangerous goods without permission, said the sources, who asked not to be named due to restrictions on speaking to the media.

Istanbul's 14th High Criminal Court ruled that Abdulrahman Faiz Raşit, who is absconding, was sentenced to six years and three months in prison for "being member of an armed terrorist group." A ban on travel abroad was also extended.

Also, 18 defendants were acquitted due to the lack of conclusive and convincing evidence.

On Jan. 12, 2016, Nabil Fadli blew himself up, killing 12 people – mostly German tourists – and injuring 16 others in Istanbul's Sultanahmet district on the European side of Istanbul in a Daesh terror attack.