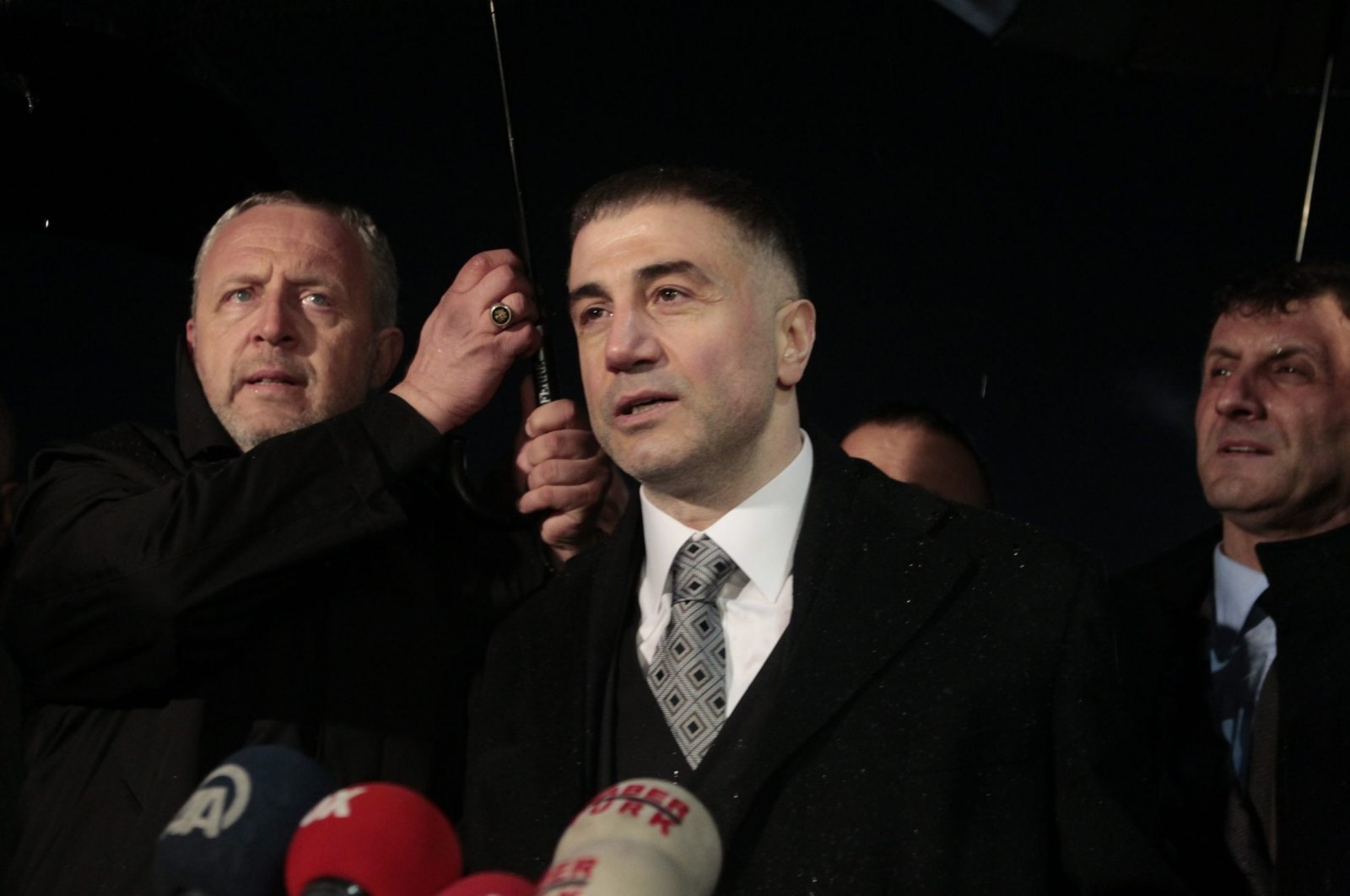 Police on Friday launched simultaneous raids in Istanbul and four other cities against a criminal gang allegedly led by Sedat Peker, a media-savvy figure who was previously convicted of mob-related crimes. Peker himself is believed to be abroad, while 49 out of 63 wanted suspects in the operation were detained. A manhunt is underway to capture the other suspects.

The raids were part of an investigation into the gang and the suspects are accused of a string of crimes, from running a criminal organization to robbery, mugging, bribery, abduction and causing injury. Police squads raided 121 locations in Istanbul, the capital Ankara, the southern province of Hatay, the northern province of Trabzon and the northwestern province of Kocaeli. Among the raid locations was the villa Peker resided in in Istanbul’s Beykoz district.

Elite units of Special Operations took part in the raids as drones scoured the areas where the gang members were believed to be hiding in the early hours of Friday. Police discovered a large amount of weapons, munitions and bulletproof vests in the possession of the suspects.

Turkish media outlets reported that Peker had earlier settled in North Macedonia and several police officers in that country were detained for providing fake IDs and passports for foreign citizens, including Peker in a recent operation. His current whereabouts is not known, though media reports claim he traveled across several Balkan countries including Kosovo and Montenegro.

Forty-nine-year-old Peker rose to prominence in the 1990s as an underworld figure. He returned to Turkey from Romania in 1998, after he fled there when two men, allegedly members of his gang, were convicted of a murder. A court released him in 1999 but Peker was arrested and sentenced again for mob-related crimes in 2007. Peker’s name came up again in the infamous Ergenekon trials when prosecutors and police officers linked to the Gülenist Terror Group (FETÖ) imprisoned the group’s critics in sham trials. He was sentenced to 10 years but was released in 2014. In recent years, he became a prominent social media personality, gaining a sizeable following.