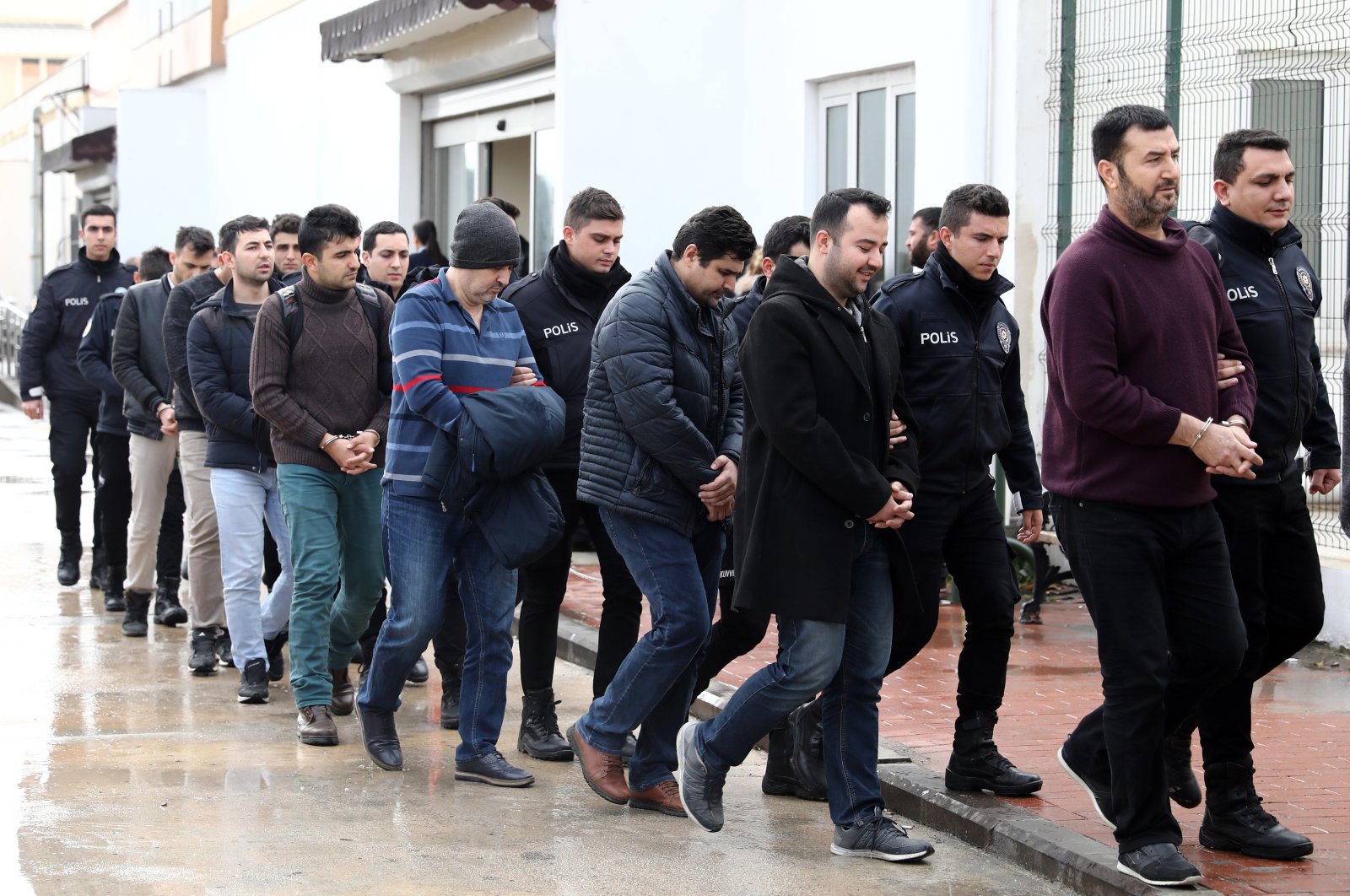 Security forces launched nationwide operations on Monday to capture members of the Gülenist Terror Group (FETÖ) in the latest round of crackdowns against the group behind the 2016 coup attempt. In separate investigations, prosecutors ordered the detention for 167 suspects, and 68 were detained. The manhunt was underway for suspects at large. Along with civilians, the suspects include police officers and military officers.

In the northwestern city of Bursa, prosecutors sought the arrest of 42 suspects, and 35 have been detained so far. Some suspects, caught in Bursa and 15 other cities, were accused of using Bylock, an encrypted messaging app developed and exclusively used by FETÖ for communication. Earlier investigations have revealed that Bylock was actively used by the group to relay messages of FETÖ’s leaders to low-ranking members. Other suspects were identified with investigations of payphones employed by the group for secret contact between its infiltrators in the army and law enforcement and their “civilian” handlers for FETÖ. Among them were active-duty military officers, retired soldiers and military cadets. In the northern city of Tokat, prosecutors ordered the arrest of 18 suspects accused of running FETÖ cells in the city. Among the suspects were doctors, nurses and academics.

In the southern city of Gaziantep, arrest warrants were issued for 33 suspects, and all were detained in Monday’s operations. Some 24 among them were serving police officers, while others were earlier dismissed from the force on suspicion of having ties with FETÖ.

Authorities in the western city of Balıkesir, meanwhile, ordered the arrest of 74 former police officers, including former police chiefs, associated with the terrorist group. Operations were launched in 13 provinces to capture the suspects.

FETÖ, under the leadership of its fugitive head Fetullah Gülen, sought to topple the government and incite chaos in Turkey first in 2013 with two plots targeting people close to the government. Turkey managed to stave off these attempts and launched operations against the group, which was designated as a national security threat. On July 15, 2016, the terrorist group tried to seize power again, this time by staging a coup attempt with the aid of its infiltrators in the Turkish Armed Forces (TSK). This attempt was quelled too, and the group faced heightened scrutiny. Police have launched countless operations against the group since the 2016 coup attempt that killed 251 people and injured nearly 2,200 others.