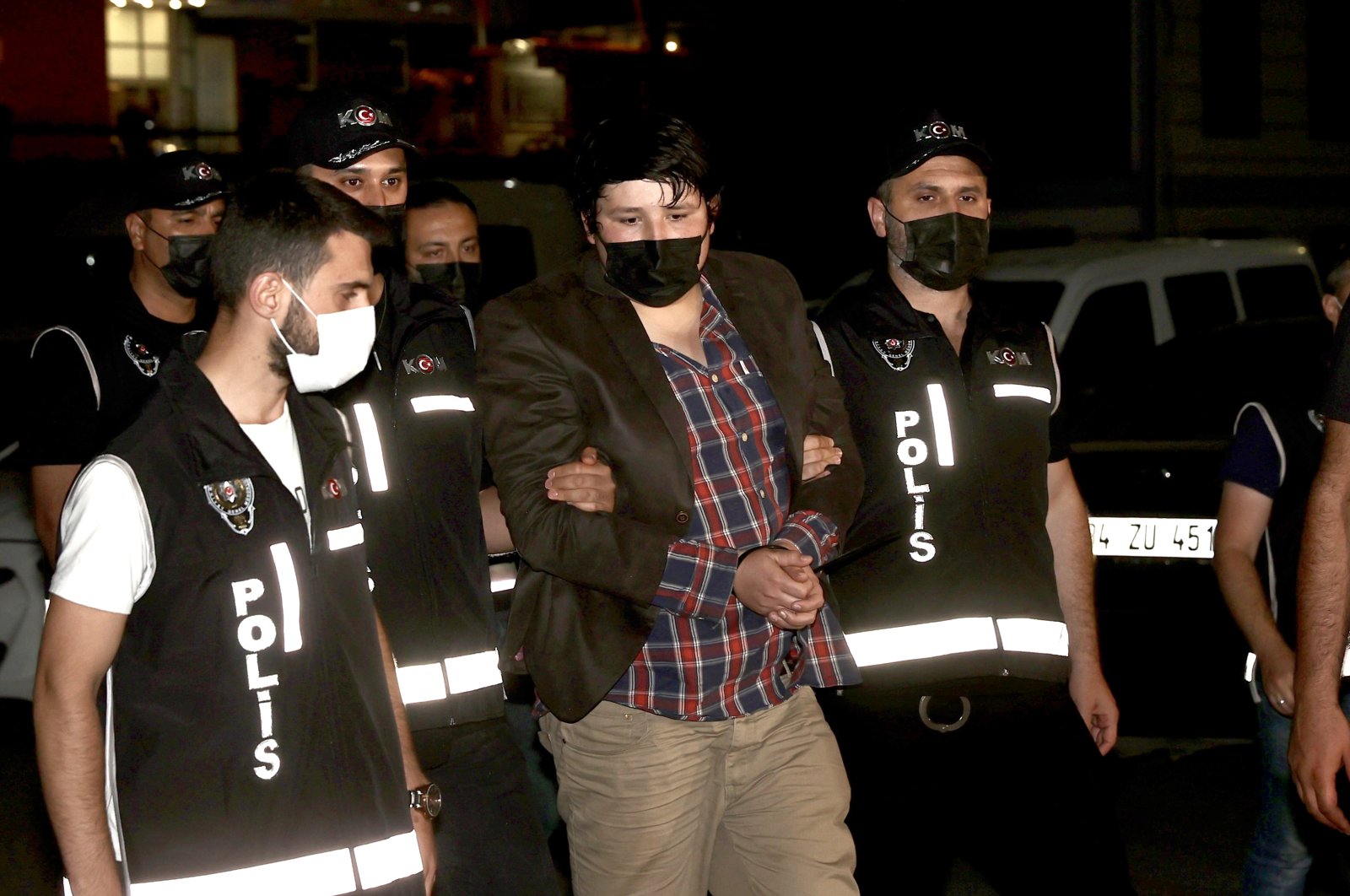 Mehmet Aydın's budding "business" career started on the basement floor of an apartment building in northwestern Turkey and made him a household name in the country for all the wrong reasons. A chapter in the life of 30-year-old Aydın ended late Saturday when the prime suspect in a massive Ponzi scheme was brought to the country from Brazil, in handcuffs and in the company of police officers.

Aydın is the founder of the infamous "Çiftlik Bank" or "Farm Bank," a virtual farming simulator that promised its users to turn virtual animals and crops into real ones if they invested money. Aydın, who devised the enterprise in 2016, made good on his promise and opened farms in the real world and started paying the money back as Farm Bank's user base grew. But like in all Ponzi schemes, payments were halted after a while and complaints started piling up. When a criminal investigation was launched and the company's assets were seized in 2018, he disappeared and emerged in different countries in South America. Finally, after years on the run, he released a video earlier last week and announced he would surrender. After his extradition process was completed, he was brought to Istanbul and taken into custody. He will be held in custody for a legal period of four days for interrogation. The suspect is thought to have collected the equivalent of more than $131 million (TL 1.14 billion) from over 130,000 people through his online scheme inspired by FarmVille. A media-savvy character, Aydın had attracted thousands with quick cash promises.

Prosecutors are seeking over 75,000 years in prison on charges including establishing and running an illegal organization, fraud and money laundering for Aydın. However, legal experts say he may get away with 32 years in prison due to technicalities that limit prison terms if one is convicted of multiple prison terms amounting to thousands of years.

An indictment against Aydın and 18 other members of his “organization” accuses the suspects of running a criminal gang, as well as committing fraud and money laundering for their scheme. A total of 3,762 people are among plaintiffs in an ongoing trial against Aydın and others who face thousands of years in prison terms. Aydın and his brother, also accused of the same charges, were issued an international arrest warrant upon Turkey’s request to Interpol. They were accused of defrauding thousands of people of millions of Turkish liras. An earlier indictment against Aydın and others had said that the suspects collected more than TL 1.1 billion ($130 million) from 132,222 people and paid only TL 687.8 million back in their scheme.

In a country where get-rich-quick schemes are wildly popular despite warnings and well-publicized investigations into fraudsters, Aydın, a dishwasher and amateur rapper, had apparently lured many to his online simulator. His enterprise pursued a massive media campaign and enlisted the help of a popular TV actor. Two large farms opened with much spectacle in two cities cemented investors' trust in Aydın, who later claimed he was the victim of others in his company who defrauded investors. However, authorities grew suspicious of Çiftlik Bank, following claims by investors complaining about the suspension of some payments. Later, it altogether stopped payments and Aydın disappeared while an investigation led to the detention of some of the executives of his companies and his wife. Aydın, meanwhile, was spotted in Uruguay driving a Ferrari, in a display of his rags-to-riches image. Extradition requests were sent to Brazil, Uruguay, the Turkish Republic of Northern Cyprus (TRNC) and the U.S. for fugitive suspects who are believed to be hiding in those countries.

In a video published last Wednesday through his lawyers, Aydın read a document prepared in advance and defended himself. He claimed it was never his intent to defraud people when he founded Çiftlik Bank, but “to give people a game and earn an extra income.” “I have been a victim like you because I realized late that malicious people in the company had made unfair gains from the business. I did all I could to repair people’s losses while I was abroad but I couldn’t achieve results because of investigations against me. I will surrender myself to the Turkish judiciary to prove my innocence, and I have no doubt that the court will uncover the truth,” he said.

In his first statement to authorities after arriving in Istanbul, Aydın said he decided to turn himself in due to "family problems," according to broadcaster TRT Haber. Aydın also said he promised he would pay back all his debts to Çiftlik Bank investors and claimed he already paid a large share of debts.