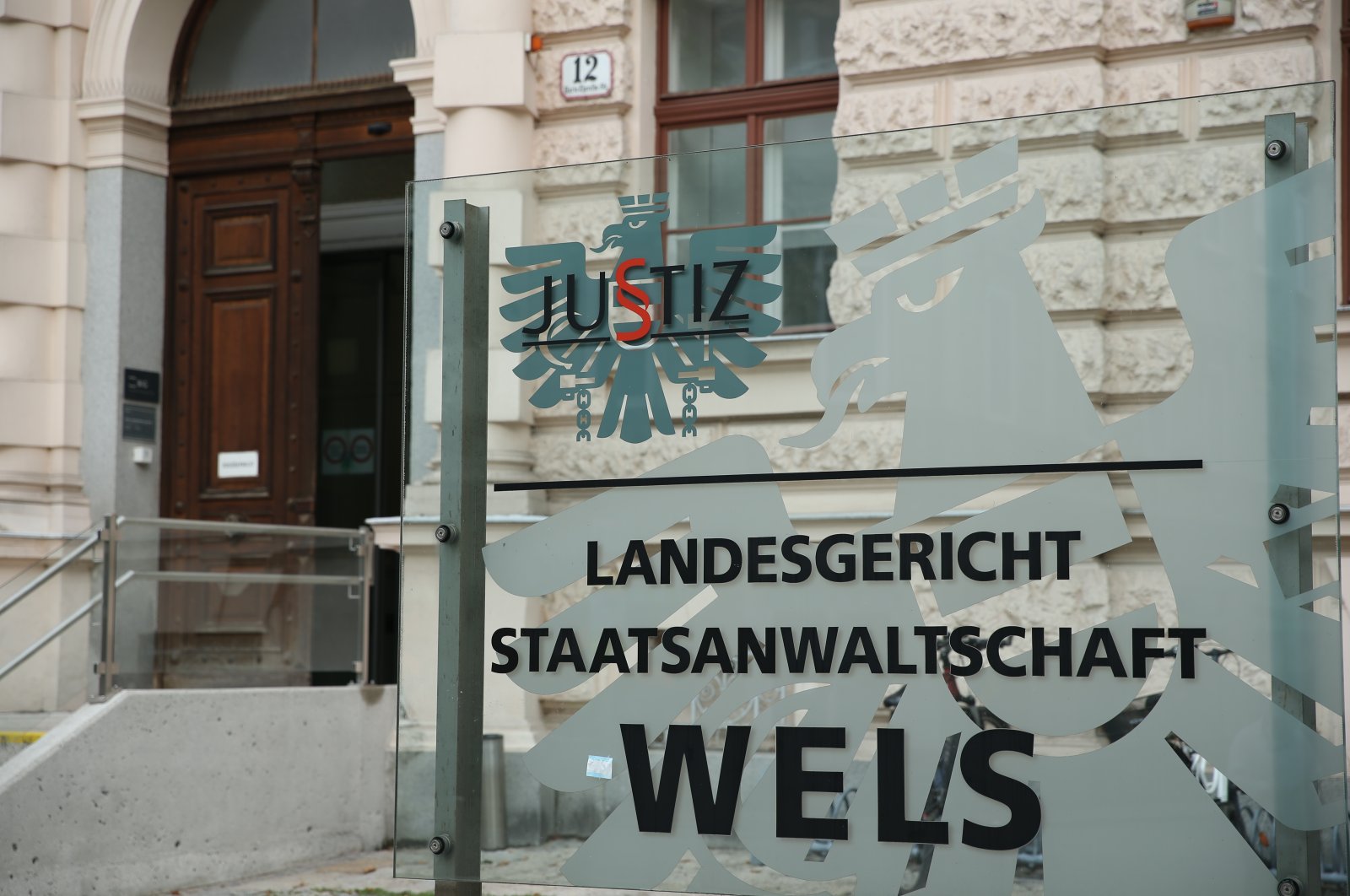 A view of the sign of the court where business tycoon Sezgin Baran Korkmaz is being tried, in Vienna, Austria, July 5, 2021. (AA PHOTO)
by Daily Sabah with Agencies Jul 05, 2021 1:23 pm
RECOMMENDED

Sezgin Baran Korkmaz, a tycoon sought both by Turkey and the United States on fraud charges, will have an extended stay in Austria, where he was detained last month. A court in Austria rejected his plea for release on Monday, on the grounds that there was a possibility that he may flee the country or tamper with evidence. The court in Vienna will decide on his extradition in a later hearing, awaiting documents related to his case from the United States. The next hearing is scheduled for Aug. 5, while the court will now examine the extradition request Turkey has sent earlier, Demirören News Agency (DHA) reported on Monday.

Korkmaz, who made a name for himself in Turkey as a businessperson purchasing companies on the brink of bankruptcy and selling them after restructuring them to turn a profit, is implicated in money laundering charges in Turkey. In the United States, he is allegedly involved in a financial scandal with Jacob and Isaiah Kingston, two polygamist sectarians from Utah, and a California-based fuel company owner named in U.S. documents as Levon Termendzhyan. U.S. prosecutors allege that Korkmaz laundered more than $133 million in fraud proceeds through bank accounts that he controlled in Turkey and Luxembourg. They accuse him and accomplices of using the money to buy the Turkish airline Borajet, hotels in Turkey and Switzerland, a yacht called the Queen Anne, and a villa and apartment overlooking the Bosporus in Istanbul. The superseding indictment, unsealed last month, charged Korkmaz with one count of conspiring to commit money laundering, 10 counts of wire fraud and one count of obstruction of an official proceeding. He was arrested on June 19 when Austria acted on an international arrest notice. American prosecutors want him tried in the U.S. Speaking from jail to a Turkish reporter, Korkmaz said he would rather face justice at home, where he is also wanted for money laundering and fraud. The businessperson has denied the claims against him.

Turkey's Financial Crimes Investigation Board (MASAK) and a tax inspection watchdog had discovered Korkmaz’s companies were involved in money laundering during an investigation last year. The Chief Prosecutor’s Office in Istanbul had issued arrest warrants for 19 people working as executives in the companies, and 11 among them have been detained. Korkmaz and eight other suspects were discovered to be abroad. Korkmaz had left Turkey on Dec. 5, 2020.