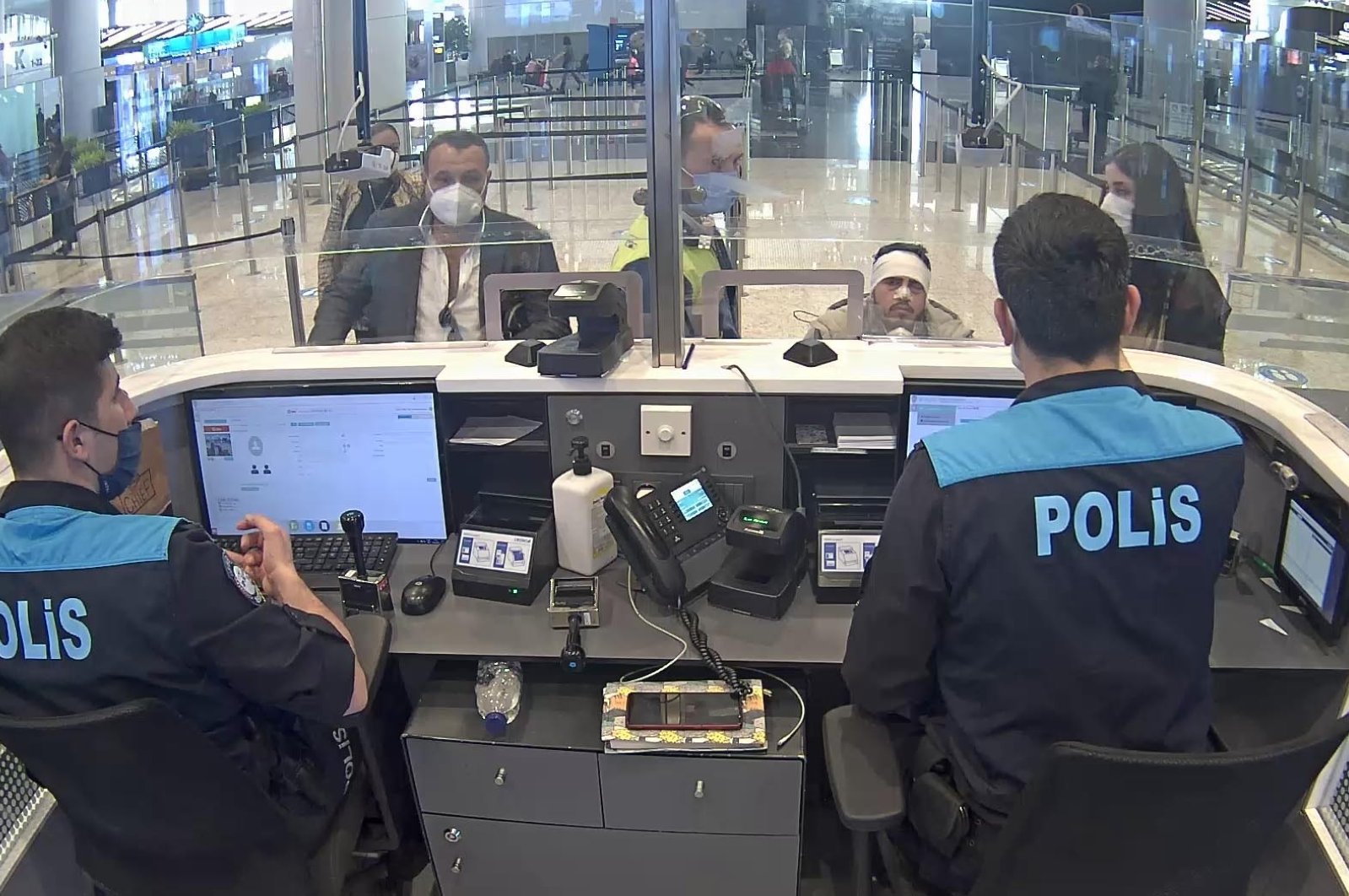 Police at Istanbul Airport have uncovered a gang of human traffickers who have been smuggling migrants through airports using bandages as a disguise. An illegal immigrant, whose face was largely covered in bandages to avoid recognition, a member of the gang and the man whose passport was being used by the migrant were detained on April 10, police announced on Wednesday.

Authorities said the gang arranged illegal entry to Turkey for migrants and helped them travel to Europe by supplying false passports and disguising them as “patients with recent surgeries” to prevent facial recognition.

The investigation and suspect testimonies revealed that Mohamad al-Jamal, a Lebanese illegal immigrant, had paid the gang for a fake passport. The smugglers applied scar make-up and bandages to his head and hand. A mandatory protective face mask completed the get-up. Accompanied by Ester Hana A.R. , an Israeli gang member, al-Jamal was taken to the airport. As passport police questioned al-Jamal, the gang member said he was “unable to speak or walk” due to surgery and even asked for a wheelchair. She handed al-Jamal’s fake passport, under the name of Mohammed Bannout, but police officers grew suspicious when they asked al-Jamal to remove his mask and he did not resemble the photo on the passport. The police ran an additional facial recognition analysis and a fingerprint scan and finally discovered he had lied about his identity. Al-Jamal confessed to the authorities that the woman accompanying him gave him the passport after he made a deal with the smugglers. During questioning, police discovered that the actual Mohammed Bannout was still at the airport and detained him.

Turkey is a key transit point for illegal migrants, particularly from the Middle East and Asia, looking to cross into Europe. The war in its southern neighbor Syria has made Turkey a favorite destination for migrants who use it as a launchpad for journeys to Europe. Most migrants prefer sea routes, often aboard dinghies, due to the proximity of the Turkish coast to Greek islands while others attempt the land route from the northwest.