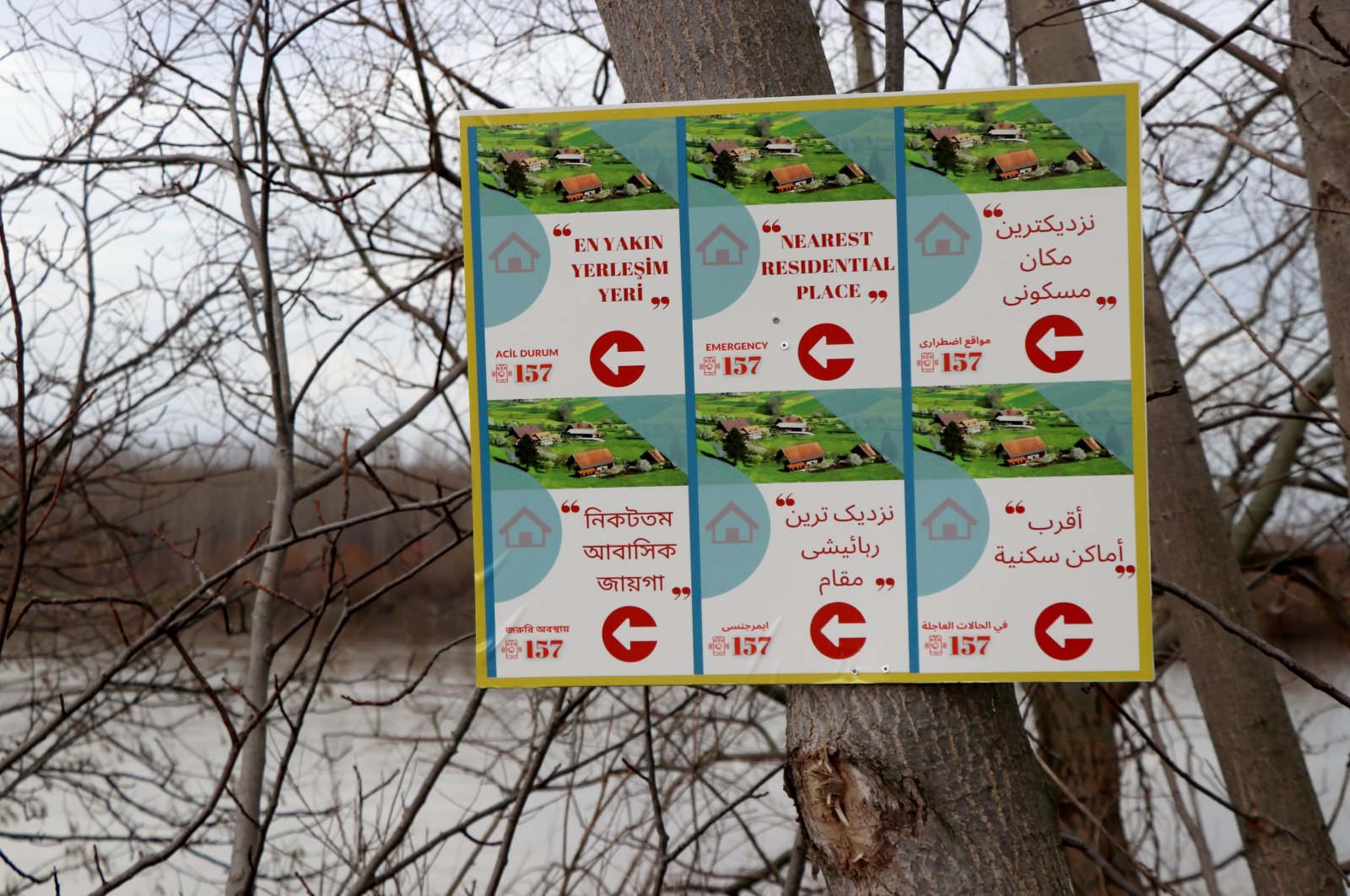 Thousands of irregular migrants attempt the perilous journey to Europe via Turkey each year, and Turkish authorities are trying prevent the loss of life along the trecherous terrain during winter months.

Migration authorities on Monday placed signboards in six different languages along the Meriç (Evros) River, which marks the Turkish-Greek border, for irregular migrants. Billboards in Turkish, English, Arabic, Farsi, Urdu and Bengali show the nearest residential facility for migrants lost along the route and feature the number of a hotline designated to assisting migrants.

Musa Aşılıoğlu, the manager of the provincial migration office in northwestern Edirne province, told reporters that Turkey's migration policy sets an example for the rest of the world. "We do not neglect our humane and conscientious responsibilities in dealing with irregular migration. Our purpose is to help migrants facing mishaps, so that we can prevent situations that hurt human conscience,” he said.

Turkey has been a key transit point for asylum-seekers hoping to cross into Europe to start new lives, especially those fleeing war and persecution. Turkey hosts more refugees than any other country in the world – nearly 4 million, including some 3.6 million Syrians.

Aşılıoğlu highlighted that Turkey never refused migrants and did not expect other countries "which think using force against migrants is the only way to manage the migration," to understand Turkey's actions.

Greece, a gateway for migrants who arrived in Turkey to cross into Europe, is often accused of illegal "pushbacks" with Greek patrols forcibly returning migrants encroaching on its borders. Migrants have reported being beaten by the Greek authorities, who often hold the travelers at gunpoint before ordering that they return to Turkey across the Meriç. Last year, Ankara opened border crossings into Greece for migrants, in response to the lack of humanitarian and financial aid from the international community to help the displaced people.