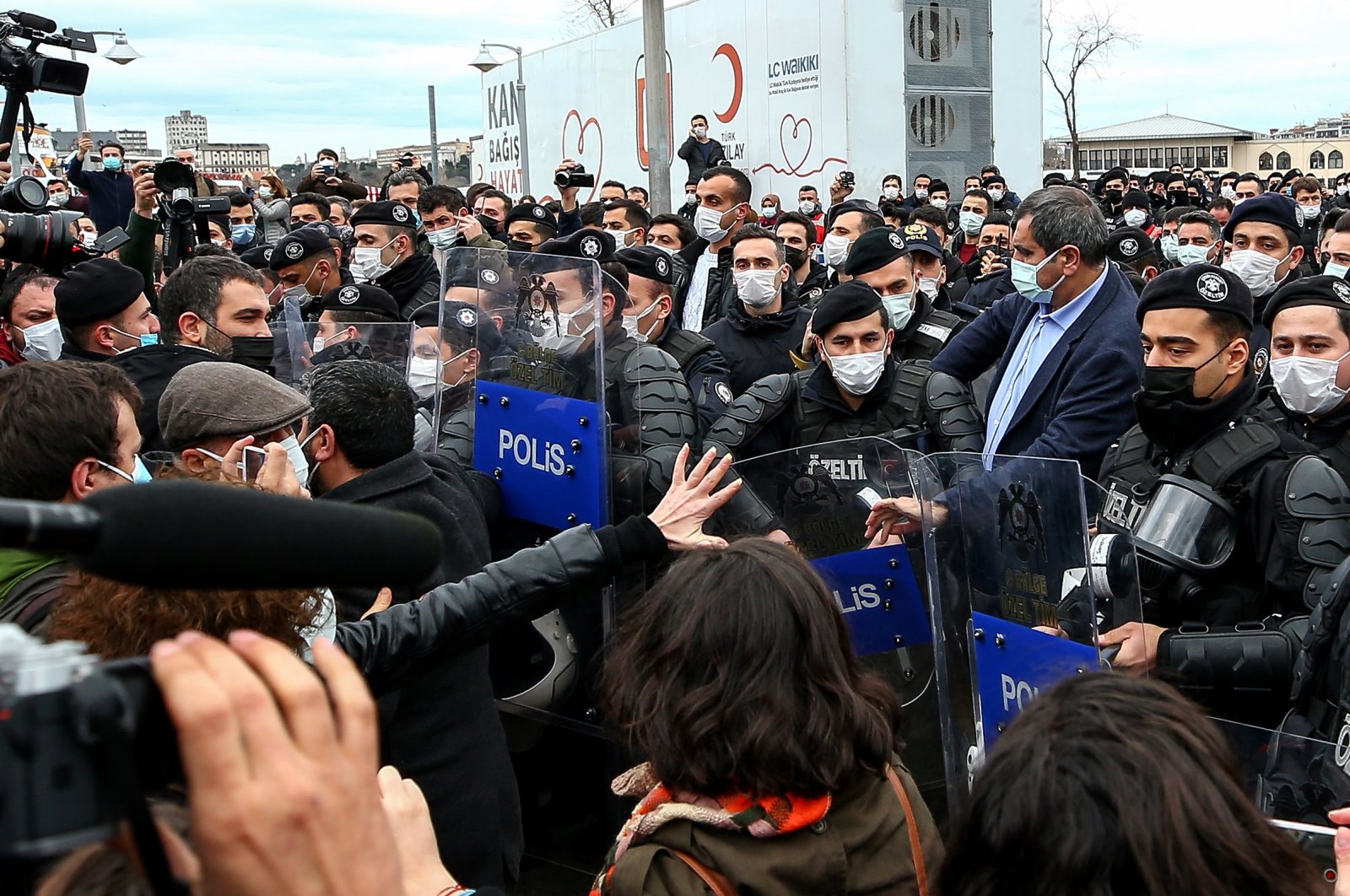 “I never thought of resignation,” professor Melih Bulu told reporters on Wednesday as protests of his appointment as rector of Boğaziçi University, one of Turkey’s top universities, incited more riots. Officials, meanwhile, say protests against the rector are exploited by terrorist groups for provocation.

The arrests of four people during a protest against Bulu at the university’s campus in Istanbul over a poster deemed offensive to the Muslim faithful paved the way for more protests. Police have detained dozens of people over the past two days as violent riots broke out in the city’s Kadıköy district on the Asian side Tuesday evening. Demonstrators clashed with police trying to disperse their unauthorized rally and 105 were detained for resisting police, holding an unauthorized gathering and assault on a police vehicle.

Answering reporters’ questions at an event in Istanbul, Bulu said everyone was entitled to freedom of self-expression “within democratic boundaries.” “But when it comes to abusing other people’s rights, I oppose it,” he said. The rector stated that the culture of protests at Boğaziçi University was “taken to extremes.” “A group blockaded three gates of the university the previous day and stopped people from going out until 9 o’clock. They blocked the freedom of others. There should be a limit to the boundaries of protests,” he said. Bulu underlined that he respected people’s right to protest. “If you simply choose protest instead of talking to the people you protest, this is not democracy,” he said.

President Recep Tayyip Erdoğan also commented on the recent riots where the majority of the detained suspects were aligned with far-left terrorist groups. At an event of the ruling Justice and Development Party (AK Party), the president lamented the main opposition Republican People’s Party (CHP) leader Kemal Kılıçdaroğlu’s support of protesters. “He describes terrorists there as children of this country and his friends. I wonder if they are really students or whether they are terrorists trying to occupy the rector’s offices. We will never allow the domination of terrorists. We won’t see another Gezi incident,” the president said, referring to the 2013 riots at Istanbul’s Gezi Park. The Gezi Park incidents had escalated from a simple protest of a planned redevelopment of a park at the heart of the city, into a massive riot hijacked by far-left terrorist groups that clashed with police.