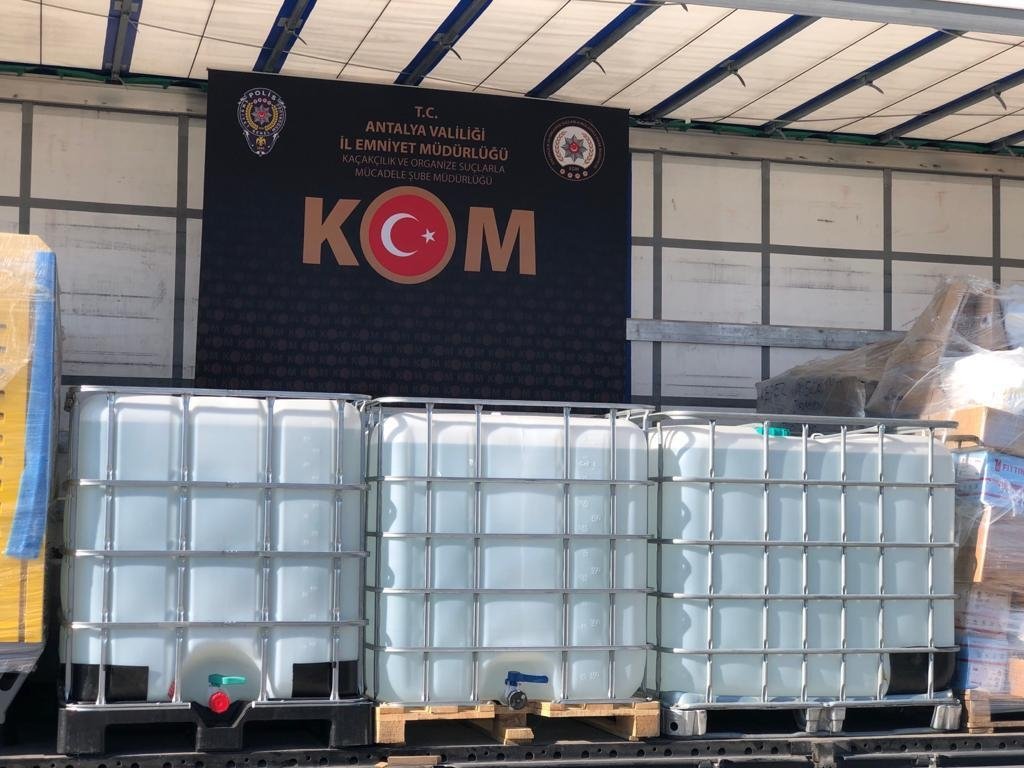 Bootleg liquor and homemade alcoholic drinks claimed at least 12 lives and the number may increase as more people remain in intensive care across Turkey after consuming the deadly concoctions. The latest fatality was on Wednesday, in the central province of Sivas, where a total of four people have died since last week after drinking bootleg rakı, a Turkish type of alcoholic beverage made of grapes and anise.

Deaths from bootleg alcohol are not uncommon in the country where dozens were killed in the span of two months in recent years, but the successive fatalities in different provinces raised concerns. Security forces are already cracking down on bootleg sellers ahead of New Year's celebrations, an occasion associated with a higher rate of alcohol consumption in the country.

Media outlets reported that G.K., identified only by her initials, was the latest victim to succumb to poisoning from bootleg alcohol in Sivas on Wednesday where the first death was reported five days ago. She was being treated at a hospital in the province's Zara district, where another victim died on Tuesday. Security forces had detained two suspects accused of producing the bootleg liquor and it is believed that all victims bought the drinks from the same sellers, which mixed them with a deadly amount of methyl alcohol. Six others are still being treated across Sivas. In the neighboring province of Erzincan, one out of four people who drank bootleg liquor died while another lost his vision after being poisoned. Others are still being hospitalized.

Kahramanmaraş also had a high number of fatalities this week. Four people died in the southern province, and they were among seven hospitalized after consuming bootleg alcoholic drinks. Authorities announced that the victims were brewing drinks at home and bought the substances from the same company selling alcohol online for amateur brewers. The province's police chief said 10 people in Kahramanmaraş had placed orders to the same company to distill their own drinks. Salim Cebeloğlu told Demirören News Agency (DHA) on Tuesday that they confiscated ethyl alcohol from buyers after the deaths and warned the public not to brew at home by using substances they purchased online without proper knowledge of distilling.

Earlier fatalities were reported in Istanbul, Antalya and Yalova.

The Interior Ministry on Wednesday announced that a nationwide operation entitled "Zehir" ("Poison") was launched and arrest warrants were issued for 60 suspects accused of selling bootleg liquor and smuggling alcoholic beverages from abroad. Security forces raided 342 locations and seized 31,343 liters of bootleg or smuggled alcoholic drinks, the ministry said in a written statement, along with 102 forged tags used to officially authenticate alcoholic drinks in the country.