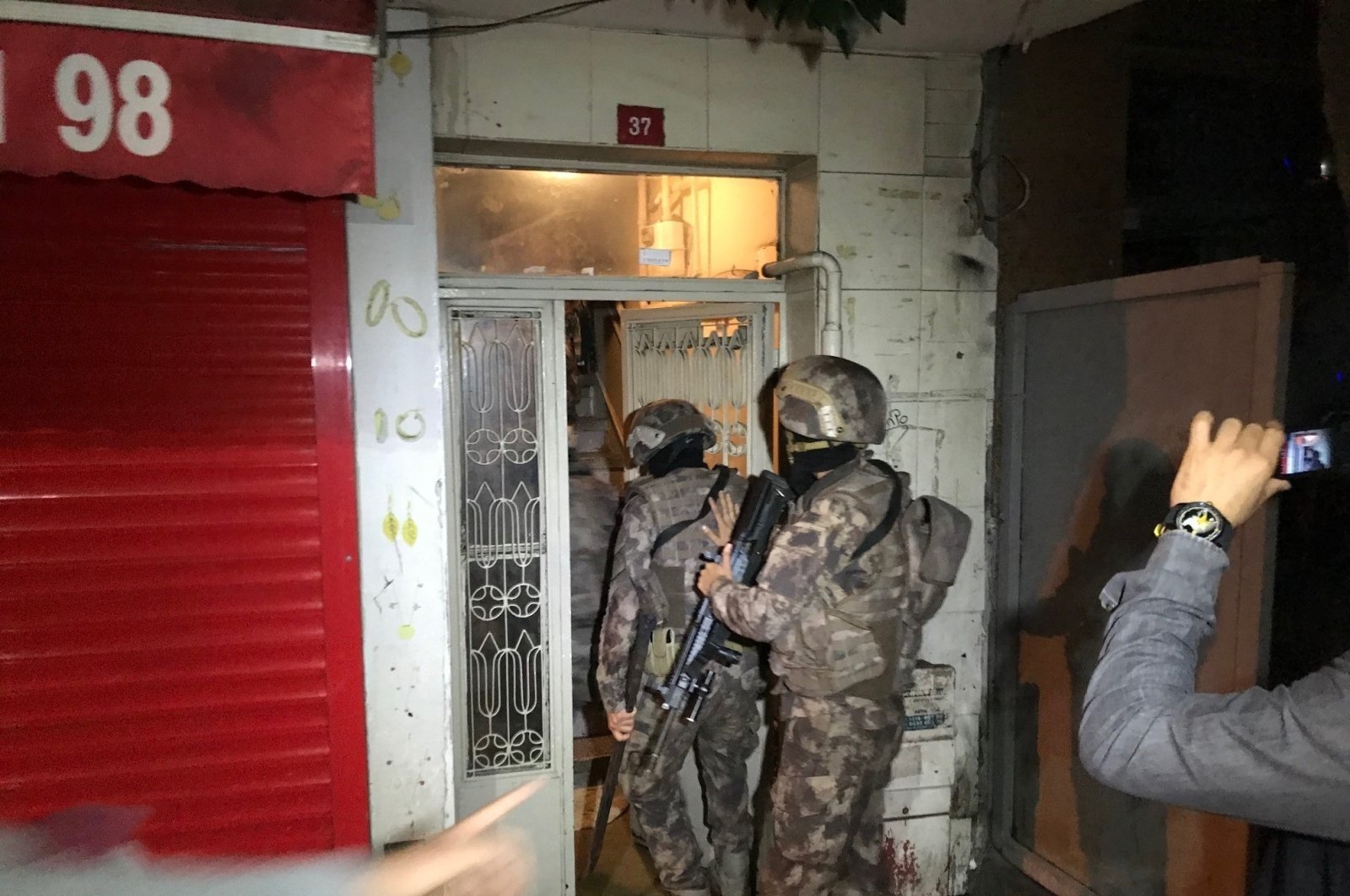 Security forces seized an immense digital archive in the latest raid against members of the far-left terrorist group Revolutionary People’s Liberation Party-Front (DHKP-C). Digital documents reveal the methods of the group and their links to the legitimate entities.

On Oct. 29, police detained 97 suspects in raids conducted across the country. Forty-nine of these suspects, including senior figures of the group, were arrested. In earlier raids in Istanbul and other cities, police had confiscated a digital archive of the group which included planned attacks and orders by leaders to subordinates. This led to the Oct. 29 operations. The seized archive also revealed codenames of terrorists and how the group ordered lawyers linked to them and imprisoned for their connections to launch “death fasts” to protest their detention.

A report by Ihlas News Agency (IHA) on Thursday delved into the contents of the archives which were kept in a building under lock and key and with multiple doors reinforced with steel plates as a precaution against police raids. The contents include orders to members by senior cadres of the terrorist group living abroad and records of the funds that the group acquired through extortion. The archive had the details of all previous attacks carried out by the terrorist group, as well as their previously unknown secret connections to some legitimate groups and people. In the archive, it was discovered that the group attributed a codename to each place where it operated and an association. The DHKP-C was codenamed “plumbers.”

One of the most important findings in the archive was an order to a lawyer who recently died after starting a death fast while in custody for her links to the group. Security sources say the group sought to mobilize lawyers as the first part of a wider uprising by ordering the death fast. The documents found in the archive lay bare the group’s links to protests against dismissals of public sector employees associated with the group in Ankara a few years ago.

Another finding is that the terrorist group recruited architects and engineers as members to build secret tunnels and hideouts. The DHKP-C is responsible for a number of terror attacks in Turkey, including the assassination of business tycoon Özdemir Sabancı in 1996 and an attack on the U.S. Embassy in Ankara in 2013, which killed a Turkish security guard.

The DHKP-C is listed as a terrorist group by Turkey, the U.S. and the European Union. It has been less active in Turkey in recent years but remains a major security threat.