Dozens nabbed in operations against FETÖ handlers in Turkey 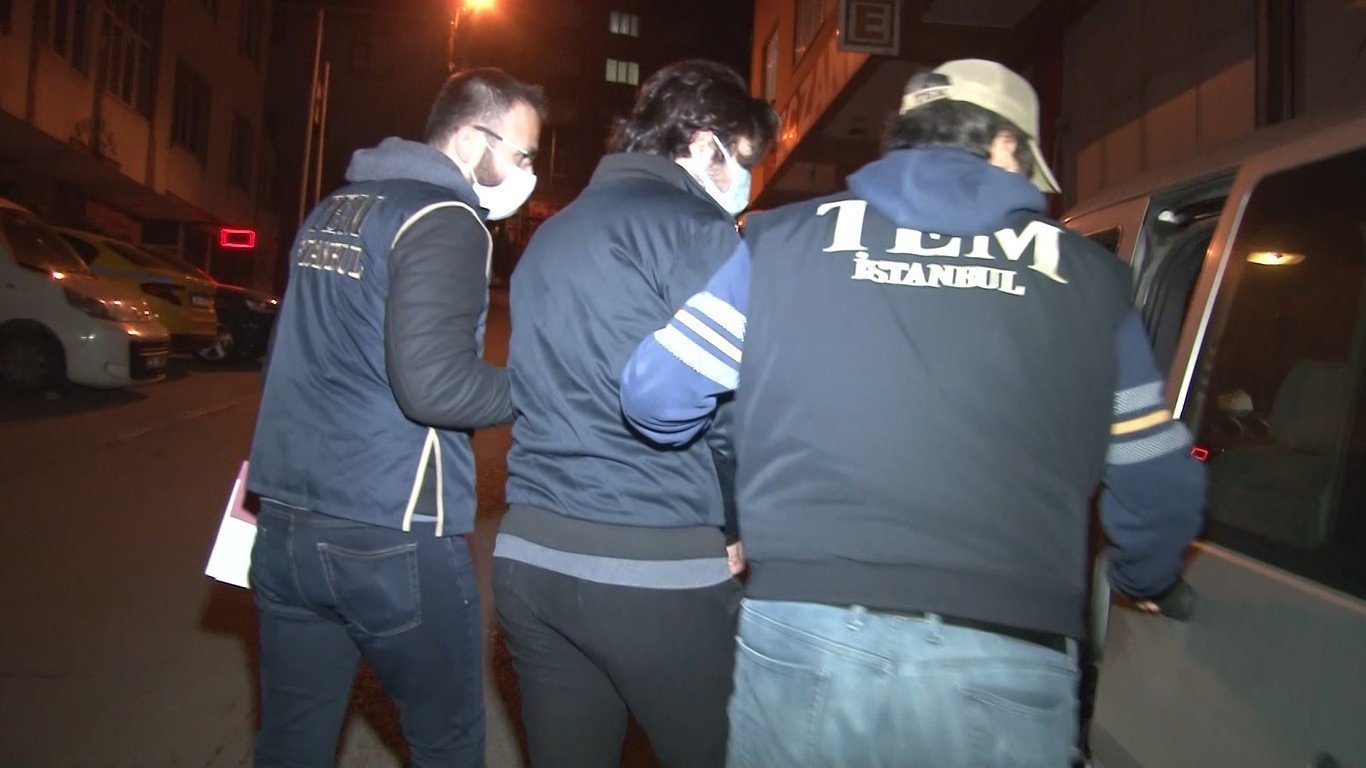 Counterterrorism police escort a captured suspect in an operation against FETÖ, in Istanbul, Turkey, March 31, 2021. (İHA PHOTO)
by DAILY SABAH Jul 06, 2021 11:58 am
RECOMMENDED

Turkish security forces on Tuesday detained dozens of suspects in separate operations across the country against the Gülenist Terror Group (FETÖ). At least 50 people were nabbed in operations targeting the group’s secret members, including handlers for its infiltrators in the judiciary and a group of lawyers.

In the capital, Ankara, the Chief Prosecutor’s Office issued arrest warrants for 66 suspects, who were identified through a probe on “judiciary imams” of the terrorist group. The group uses the term “imam” in reference to handlers for infiltrators everywhere, from the judiciary to military, law enforcement and bureaucracy. Some 50 suspects were captured while a manhunt is underway to capture the others.

In another operation based in Istanbul, authorities issued arrest warrants for 15 lawyers linked to the terrorist group. A number of suspects were detained though police did not announce exact numbers. All suspects were candidates for admission exams for the posts of prosecutor and judges in the past, security sources said. They were also occupants of “study houses” of the terrorist group, the cells of infiltrators who are aided by other members of the group for cheating at such exams. The group was accused of stealing questions and answers to the exams for jobs in the public sector in the past and supplying them to their members, for an infiltration scheme. This scheme would have almost succeeded on July 15, 2016, when soldiers loyal to the group tried to seize power; however, a strong public resistance thwarted the attempt that killed 251 people and injured nearly 2,200 others.

The Chief Prosecutor’s Office in Istanbul said in a statement that suspects stayed in the terrorist group’s safe houses before judiciary exams in 2013 and 2014 and tried to infiltrate into the judiciary. They were identified with the testimonies of 11 suspects who were captured in an earlier operation. Suspects were captured in operations in Istanbul and eight other cities.

Tens of thousands of people were detained or arrested or dismissed from public sector jobs on suspicion of links with the terrorist group following the 2016 coup attempt. Still, authorities have been unable to uncover all secret members of the group, which pursued an aggressive scheme to cover the tracks of its infiltrators for decades. Security forces carry out operations almost on a daily basis to capture members of the terrorist group while its senior cadres remain abroad. One such figure, Orhan Inandı, accused of being the “Central Asia chief” of the terrorist group, was captured by National Intelligence Organization (MIT) and brought home, President Recep Tayyip Erdoğan announced Monday evening.