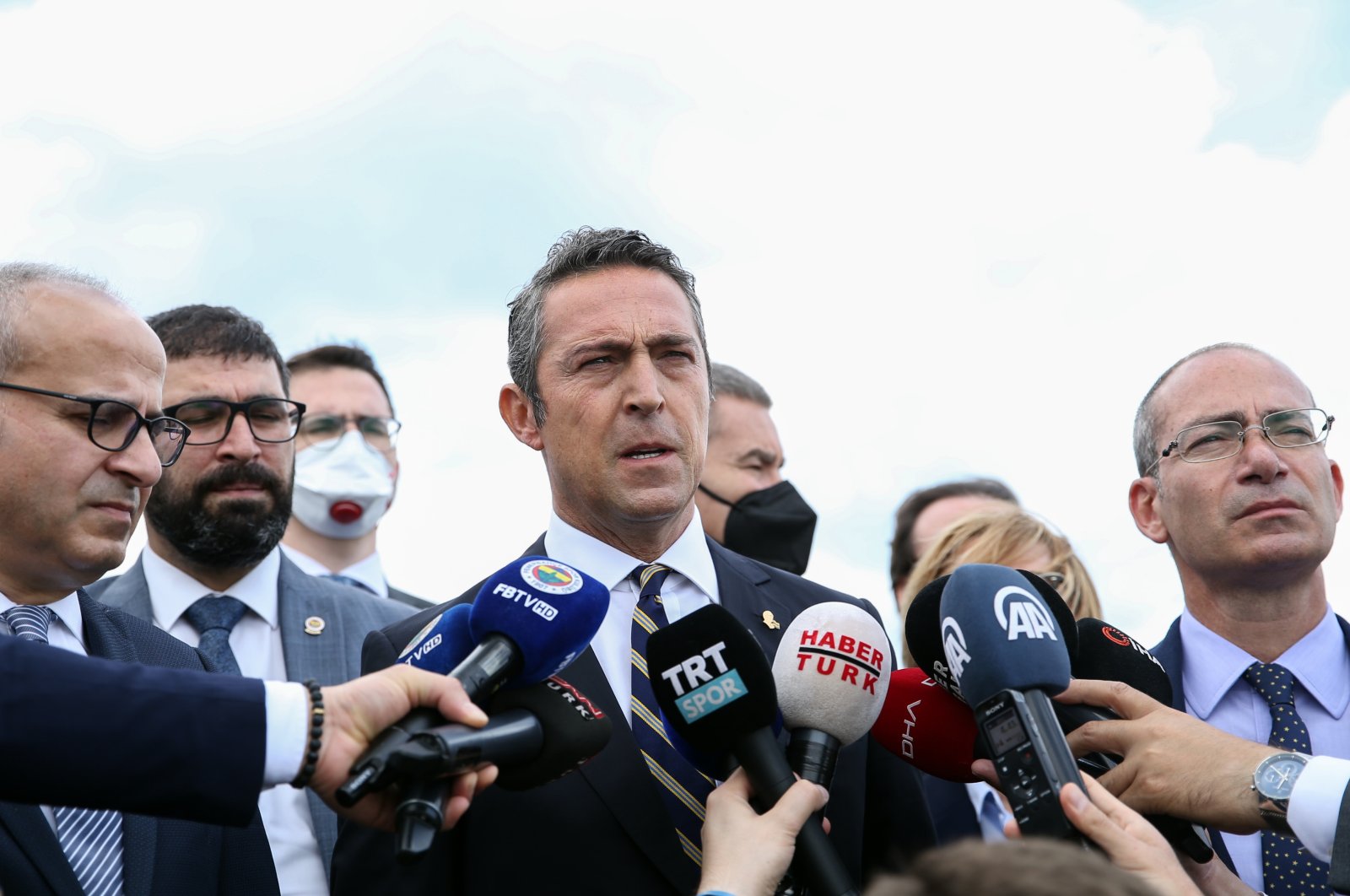 A court in Istanbul handed down sentences on Friday to suspects linked to the Gülenist Terror Group (FETÖ) for a far-reaching conspiracy that sought to imprison top figures of Turkish football, particularly executives of Fenerbahçe. The much-anticipated trial for the Süper Lig club concluded with heavy sentences for several members of the terrorist group. Hidayet Karaca, former head of Samanyolu media conglomerate which was closed for its ties to FETÖ, was sentenced to 1,406 years in prison on charges of violation of privacy, forgery and defamation.

Lokman Yanık, a police officer who launched the match-fixing plot by preparing a report that served as the basis of investigation against sports executives, was sentenced to 161 years in prison. Judges are still delivering the verdict for other defendants. Nazmi Ardıç, the former head of the organized crime department of Istanbul police, received 1,972 years and 10 months in prison for multiple instances of violation of the privacy of communication, defamation and forgery. Other defendants were handed down lesser terms on similar charges.

Some 88 defendants were on trial for orchestrating a plot against top sports executives on trumped-up charges of match-fixing. An indictment against the defendants asked for thousands of years in prison on a long list of charges, from illegal wiretapping to forgery, defamation and membership of a terrorist group.

FETÖ leader Fetullah Gülen, like in most cases against the terrorist group, was among the defendants. Fugitive Gülen faced a prison term of up to 85 years while Ekrem Dumanlı, former head of now-defunct Zaman newspaper associated with FETÖ is another defendant, along with Karaca, who was sentenced in a similar sham trial plot. They were accused of being the masterminds behind the plot executed by FETÖ-linked police chiefs, including former Istanbul deputy police chief Mutlu Ekizoğlu and police chief Ali Fuat Yılmazer, who have already been implicated and convicted in other FETÖ-related trials.

Karaca and other "civilian" defendants in the case were accused of organizing the plot as eyewitnesses claimed that Karaca and others held meetings to "take over the sports community" on behalf of FETÖ, which is notorious for its widespread infiltration everywhere, from law enforcement to the military. Former Fenerbahçe Chairperson Aziz Yıldırım and other Fenerbahçe executives were viewed as obstacles for the terrorist group to gain influence in Turkish football.

The match-fixing case plot had led to the imprisonment of Aziz Yıldırım in 2012, along with other football executives who were charged with running a match-fixing scheme in Turkey’s top-tier league. Yıldırım and others repeatedly denied charges which largely depended on illegally acquired wiretapping of defendants. Defendants had claimed audiotapes of wiretapping presented to the court were forged. Yıldırım and others were acquitted in a retrial.

Speaking to journalists after the hearing, Fenerbahçe chairperson Ali Koç, who replaced Yıldırım in 2018, said it was "a historic day" for the club. "But I am sorry we had to go through those days," he added. He said the legal process was still underway as the ruling would be subject to appeal at a higher court though he expressed confidence that the sentences would not be overturned. "What Fenerbahçe was subjected to cannot be compensated with any legal consequence. We are going to continue our legal struggle. There are many others we seek to hold accountable. President Aziz fought his fight and now we take it upon ourselves to ensure justice," he added. Koç added that they would pursue legal action against "everyone who slandered, defamed Fenerbahçe."

"Media was the most important branch of FETÖ. People who curse the terrorist group today were its puppet (during the match-fixing trial plot). The club suffered losses and people should be held accountable for it. On the other hand, there are many other institutions and people who fell victim to (FETÖ plots). The Republic of Turkey should continue its fight until every last member of FETÖ has been weeded out. We have to be vigilant. Turkey still cannot weed out all (secret members) of FETÖ but I believe our state has the power to do it. But so far, (FETÖ) has failed to achieve its goals. These people would build tens of prisons here in Silivri," Koç said, outside the massive prison-courthouse complex in the eponymous Istanbul district where the majority of defendants and convicts in cases related to the terrorist group are held. He was referring to the terrorist group's other plots where it imprisoned critics of the group or anyone it deemed an obstacle to its goal of seizing control of the state, through sham trials.