FETÖ putschists in Turkey get extra sentence for robbery 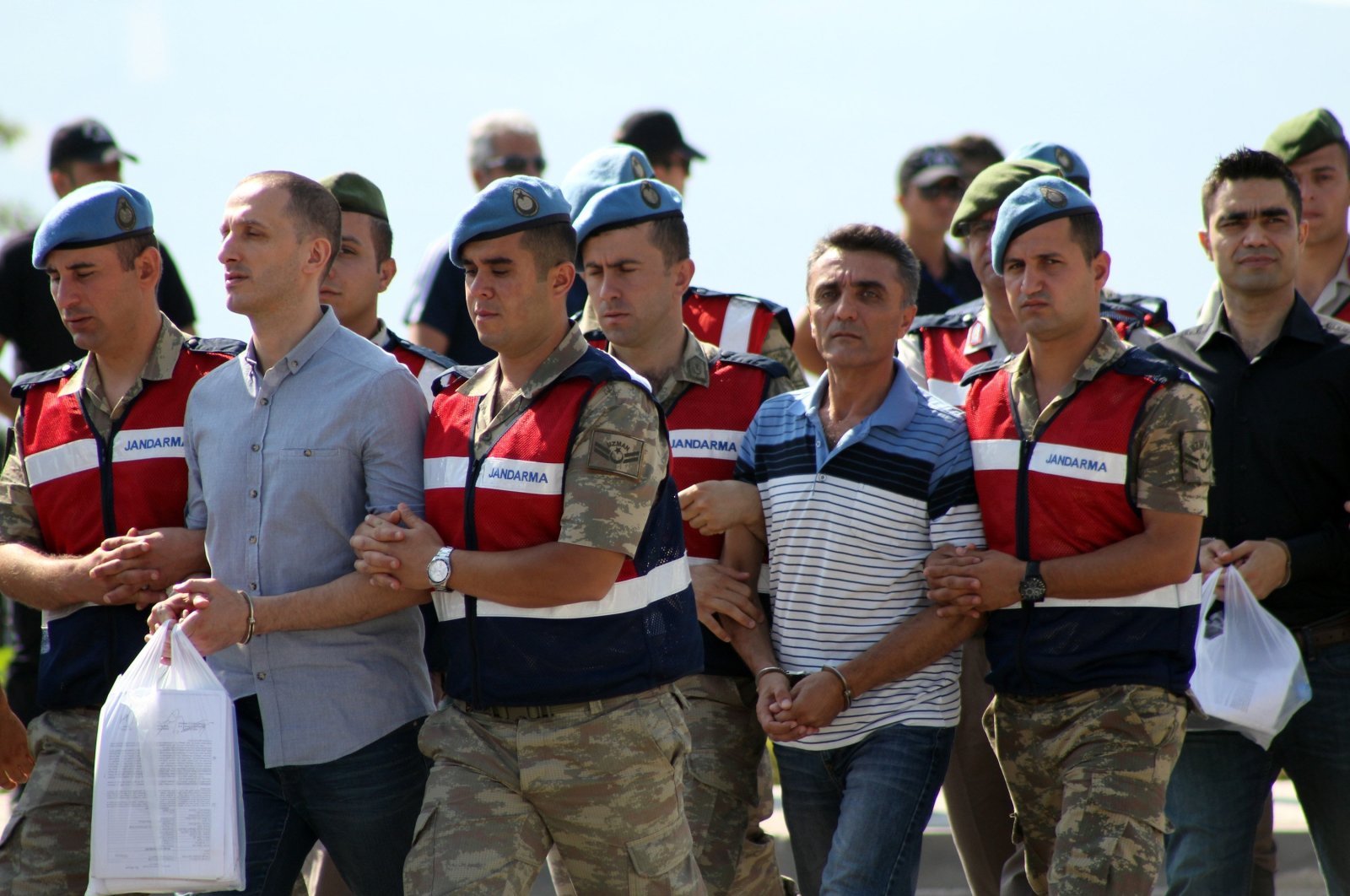 A court in the southwestern province of Muğla, where President Recep Tayyip Erdoğan narrowly escaped with his life during the July 15, 2016 coup attempt, sentenced 36 defendants, Erdoğan’s would-be assassins, on robbery charges, Thursday. The suspects, all soldiers linked to the Gülenist Terror Group (FETÖ), which carried out the attempt, were convicted of robbing police officers assigned to guard Erdoğan.

The president was on vacation at a hotel in Muğla’s Marmaris when the defendants stormed the place, shortly before the president and his entourage found out about the attempt and secretly left for Istanbul. The defendants, members of an elite team of soldiers who flew in from western province of Izmir to take out Erdoğan, clashed with police officers who remained behind at the hotel. The attack resulted in the death of two police officers. The surviving police officers filed a lawsuit against the putschists who neutralized them and took their guns, radios and personal possessions. The team of assassins was apprehended while on the run in a rural area of Muğla days later, while a putschist officer among them remains at large.

The country's years of reckoning with the brutal coup attempt that killed 251 people and injured nearly 2,200 others is nearing an end. Out of the 287 trials against coup plotters, only two remain inconclusive, though they are expected to be completed this year. In April, six defendants were sentenced to aggravated life imprisonment in one of the last major trials, with 497 defendants, in the capital Ankara. The two remaining trials are being held in the capital and the western province of Çanakkale.

FETÖ had infiltrated the military and carried out the July 15, 2016 coup attempt ahead of a planned purge from the Turkish Armed Forces (TSK) in August 2016. So far, 4,820 defendants have been handed down prison terms in the trials. Some 2,099 among them were sentenced to life and out of 2,099, 1,626 defendants were handed aggravated life sentences. The rest were sentenced to lesser prison terms while some, mostly conscripts, were acquitted and released from prison. Tens of thousands of people linked to the terrorist group were detained or arrested following the attempt. Prosecutors launched more than 100,000 investigations.