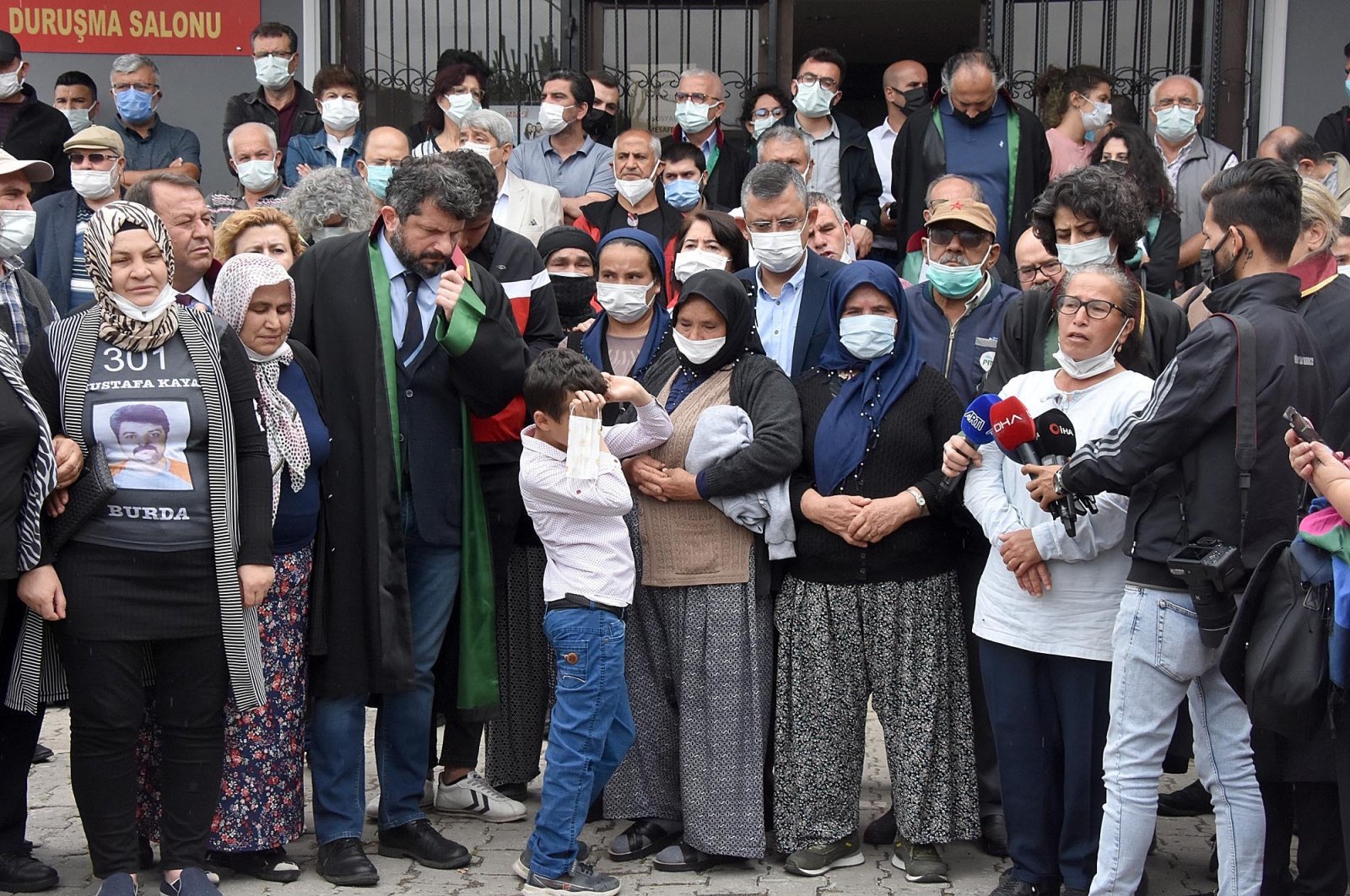 A court issued sentences Wednesday for several people, including the CEO of a mining company, in the retrial of Turkey's deadliest mining disaster in the Soma district of western Manisa province that killed 301 workers in 2014.

Accordingly, Can Gürkan, the CEO of the mining company running the coal mine where the disaster took place, was sentenced to 20 years in prison, while two other mining engineers received 12-year prison sentences. Another defendant was acquitted.

Previously, a regional court ordered the release of Gürkan, a decision that was overturned by the Court of Cassation. He was among the five defendants of the staff of the company, Soma Kömür Işletmeleri, which was accused of manslaughter by deliberate negligence after miners died of smoke inhalation following a fire in the mine.

On May 13, 2014, a fire broke out at a mine and the ensuing smoke killed at least 301 workers trapped dozens of meters below, while hundreds of others managed to reach the exit. The incident was the deadliest tragedy in Turkish mining history and preceded another disaster that claimed 18 lives in the central Turkish town of Ermenek in October 2014.

The disaster was a devastating blow to the small mining community of Soma, where almost every family has a member or relative working in coal mines. It paved the way for further measures for work safety after the mining company's executives were found complicit in neglecting safety measures.

Turkey paid more than TL 24 million ($2.81 million) to the surviving workers and families of victims, as well as salary support for six months, along with monthly payments designated for those workers who die in occupational accidents. The government also offered public sector jobs for the relatives of victims as part of efforts to help families where deceased workers were often the sole breadwinners for their households.