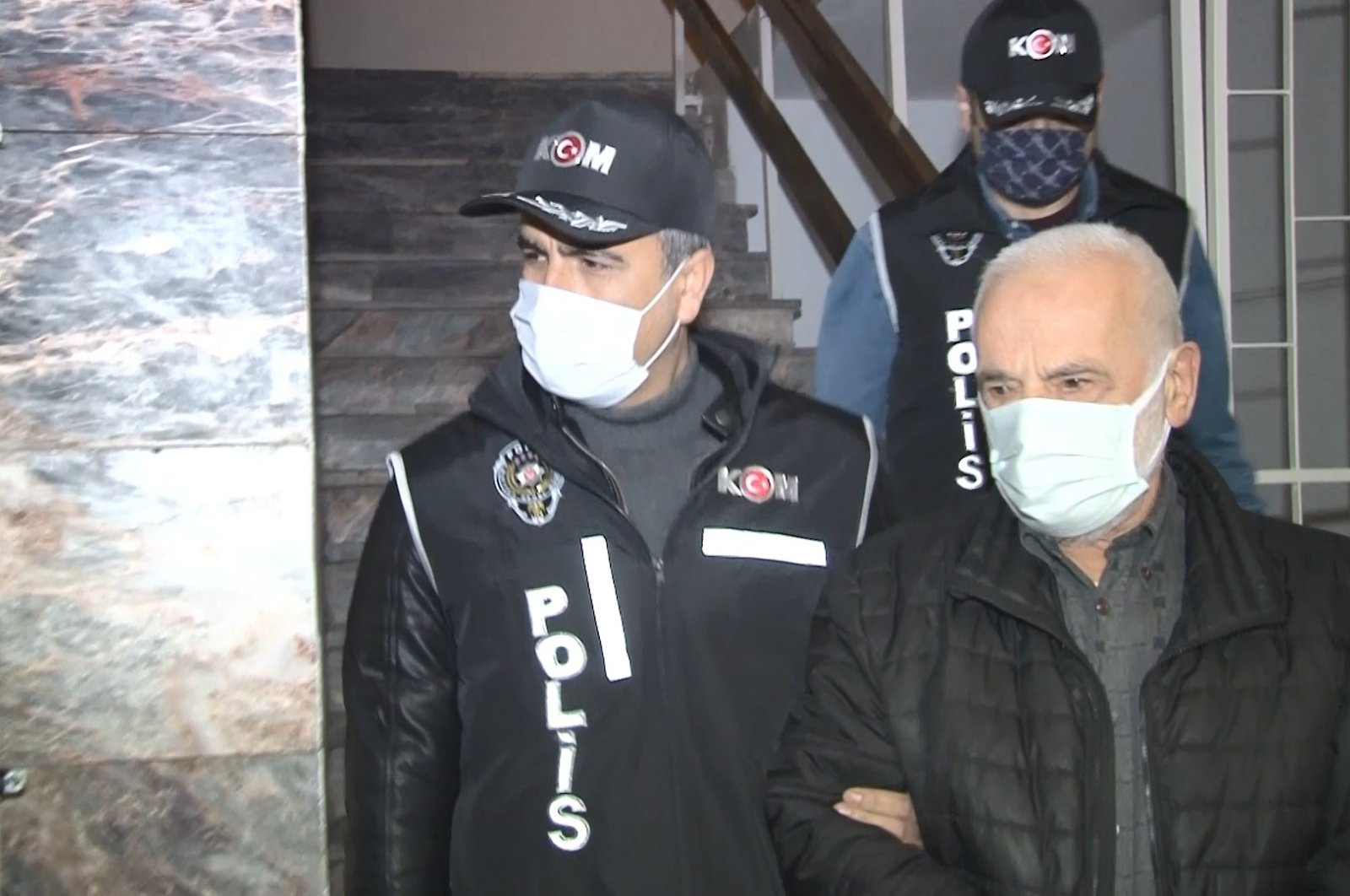 Security forces on Tuesday detained 83 suspects linked to the Gülenist Terror Group (FETÖ), including members that had infiltrated the police and the army, in nationwide operations.

FETÖ has been facing increased scrutiny following its brutal coup attempt on July 15, 2016, and it is the subject of operations almost on a daily basis. Acting upon arrest warrants issued by prosecutors across the country, security forces rounded up at least 83 suspects while a manhunt is underway for others with outstanding warrants.

In the western province of Izmir where the terrorist group’s leader Fetullah Gülen had personally sought out followers decades ago, 35 suspects were captured. Operations targeted “safe houses” run by FETÖ. Among those captured were Metin Tuncer, a former police chief, as well as a group of judges, military officers and police officers who were expelled from their duties on suspicion of links to the terrorist group.

A statement by the Izmir police department said the suspects frequently changed safe houses to avoid arrest. Homes where they were captured were “clean,” which means owned or rented by people with no known affiliations with FETÖ. Operations were the result of a lengthy surveillance operation. Police raided 35 locations to capture the suspects. Metin Tuncer was deputy chief of a police unit handling financial crimes in Izmir before he was demoted in 2014, shortly after the terrorist group’s first coup attempt in December 2013. He was carrying a fake ID when he was captured. Police also seized a large number of fake IDs and cash in the suspects' possession.

In an Istanbul-based operation, police captured 25 suspects linked to the group in the city and four provinces. Suspects were wanted as part of an investigation into a foundation for university students that was shut down earlier for its links to FETÖ. Eight suspects wanted in the investigation remain at large while three others were found to have fled abroad.

Another operation based in the capital Ankara cracked down on the “izdivaç” network of the terrorist group. Izdivaç, which means “marriage” in Turkish, refers to FETÖ’s practice of arranged marriages between group members. Earlier investigations revealed that the group’s izdivaç network was in charge of pairing male and female members for marriage, regardless of their objections. Several former FETÖ members confessed that the infiltrators of key positions – such as judges, prosecutors or high-ranking military officers – were obliged to pick a spouse that the group's senior members found fit for them. The purpose is to prevent the disclosure of secrets to non-members.

Of the 19 suspects wanted by the Chief Prosecutor’s Office in Ankara, 10 were arrested. Suspects were identified through testimonies of former members who invoked a remorse law that grants them lenient prison terms in exchange of vital information regarding FETÖ.

In the central province of Konya, prosecutors ordered the arrest of 17 suspects in an investigation into Bylock, an encrypted messaging app developed and exclusively used by the terrorist group. Thirteen suspects were captured while operations were underway to capture more. Suspects are accused of actively using Bylock by which senior members of the group relayed their orders to those in lower ranks.

The terrorist group is responsible for the deaths of 251 people during the 2016 failed coup. Nearly 2,200 others were also injured in the attempt by military officers linked to FETÖ. A strong public resistance thwarted the attempt. Authorities have sped up investigations against the terrorist group with a state of emergency declared following the putsch bid.