Over 180 kilos of cannabis seized in Istanbul counternarcotics operation 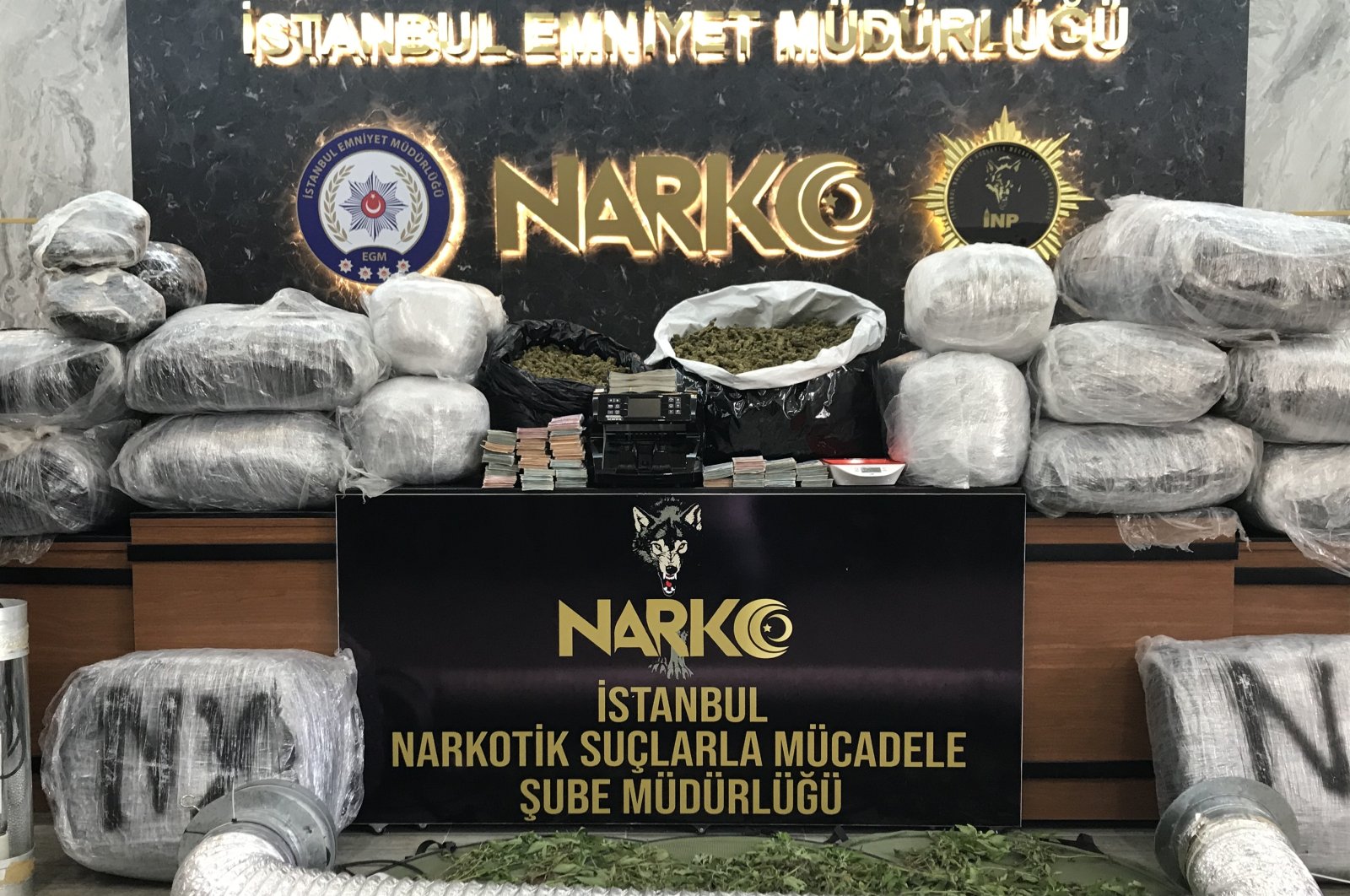 Cannabis and other materials seized in operations on display at police headquarters in Istanbul, Turkey, Sept. 28, 2020. (AA Photo)
by DAILY SABAH WITH AA Sep 28, 2020 4:09 pm
RECOMMENDED

Anti-narcotics teams conducted operations in the Kartal and Pendik districts of the city. They raided villas where drug producers secretly grew cannabis plants and arrested two suspects, who were sent to a local court. Authorities said the suspects had set up special equipment to avoid detection and turned the houses into "greenhouses" for illegal cultivation.

The seizure comes a few days after Turkish forces seized a large cache of drugs in southeastern Diyarbakır province. The gendarmerie seized 1.7 tons of marijuana and 587,704 cannabis roots as part of Operation Yıldırım-7 in Lice district, and five suspects were detained.

Turkey has been successful in confiscating drugs according to the United Nations Office on Drugs and Crime (UNODC) but it also warns that the country remains a popular route for smuggling to Europe. It is second in the world in its quantity of heroin seizures. The UNODC says Turkey impounded 62% of the heroin and morphine in the region outside Asia according to 2018 figures, the latest year with available figures, and it continued to account for the bulk of such seizures in Eastern and Southeastern Europe – with 95%. The country remains a part of what the UNODC calls the world’s single-largest heroin trafficking route, known as the “Balkan route.” The path is used for opiates from Afghanistan to be transferred to Western and Central Europe.

An increasing crackdown on drugs has helped Turkey to deal with "narcoterrorism," or profits for terrorist groups from the illegal trade, Turkish officials say. Narcoterrorism profits the PKK, an internationally recognized terrorist group that has pursued a campaign of violence against Turkey since the 1980s. The PKK earns $1.5 billion (TL 16.7 billion) from drug trafficking annually, according to the Turkish National Drug Report for 2018. It also controls about 80% of the trade in Europe, according to Interior Minister Süleyman Soylu.