Police crack down on FETÖ’s ‘ghost houses’ in Turkey 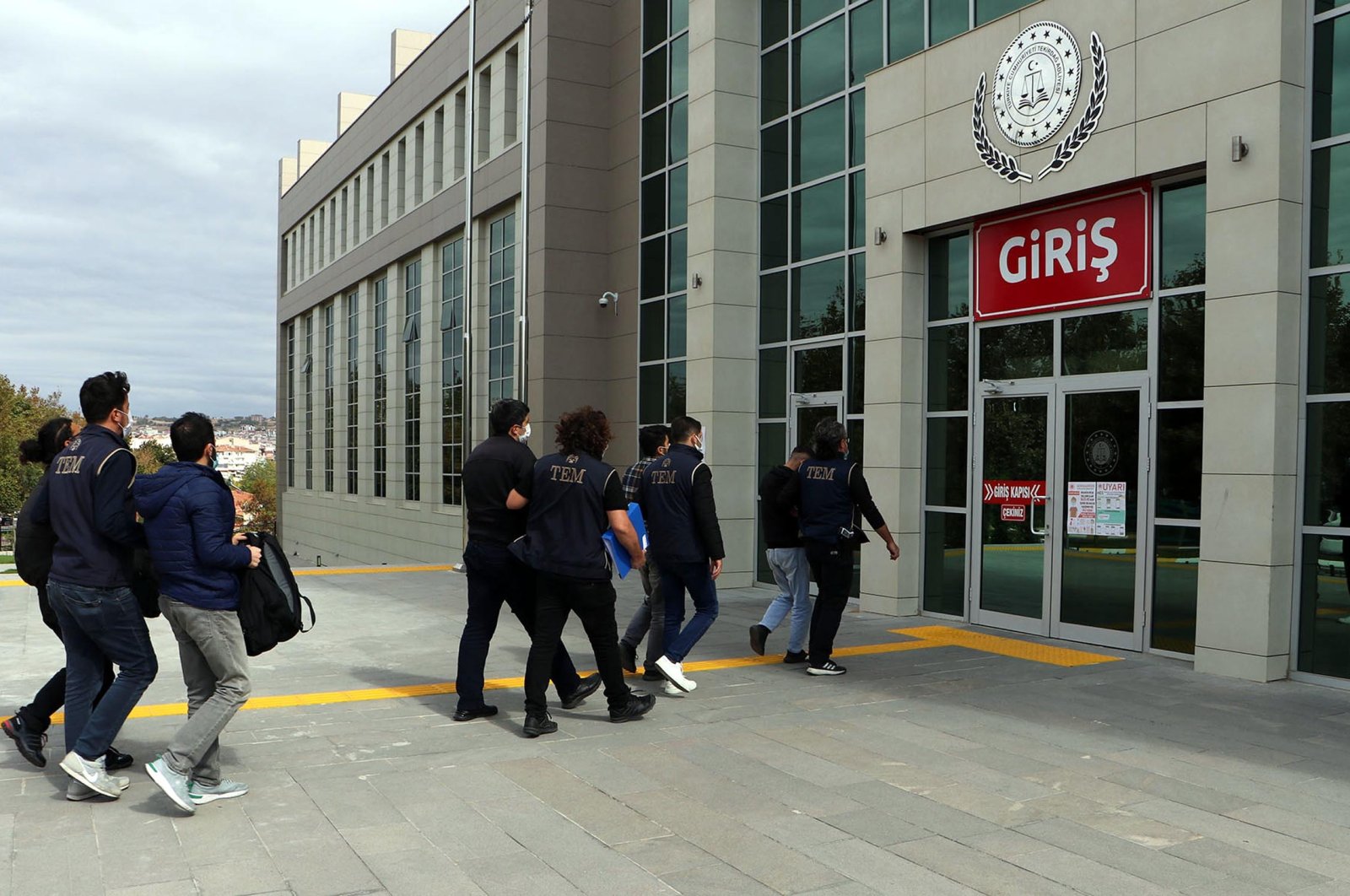 Police escort FETÖ suspects to court in Tekirdağ, northwestern Turkey, Oct. 1, 2021. The terrorist group's members are increasingly trying to flee abroad or have gone into hiding after FETÖ's 2016 coup attempt was quelled. (DHA Photo)
by DAILY SABAH
Oct 04, 2021 9:55 am

A recent police operation in the Turkish capital Ankara has uncovered that the Gülenist Terror Group (FETÖ) sought to regroup after their failed bid to seize power. The investigations also shed light on “ghost houses,” a type of safe house for the group's secret members.

A report published on Monday by the Turkish daily, Hürriyet, says security forces detained 21 “secret imams” of FETÖ in raids on these houses.

The operations also discovered a trove of information about the terrorist group in hard drives and flash drives belonging to the houses' occupants, who tried to destroy them in microwave ovens.

In the terrorist group’s jargon, “secret imams” mean top-secret handlers for FETÖ’s infiltrators in the army, law enforcement and other public agencies.

Since the 2016 coup attempt carried out by the group’s infiltrators in the military, security forces have uncovered dozens of safe houses, where wanted members of FETÖ went into hiding. However, the “ghost houses” indicate that the group was seeking to revive itself in secret by placing members unknown to investigators into these new safe houses. All houses were rented by people using fake IDs, names and the occupants rarely stepped outside. The police investigation also revealed that the terrorist group sent cash monthly to the captured handlers via its other secret members.

The Hürriyet report said a suspected handler captured in one of the houses was identified as S.T., who was in charge of the group’s infiltrators in the police.

He tried to shred documents and burn digital evidence in the oven when the police raided his residence. Salvaged data from the half-burned hard drives gave the police access to data on members of the group.

The partly shredded documents also shed light on written instructions sent to group members, names of new recruits and a list of "himmet," a type of "donation" the group requires its members to pay, or extorts from people they blackmailed.

Elsewhere, machinery used in forging fake IDs was also seized from one of the "ghost houses."

Four out of the 21 captured suspects cooperated with authorities and helped them identify 181 secret members of the terrorist group, including civil servants, who are linked to FETÖ.