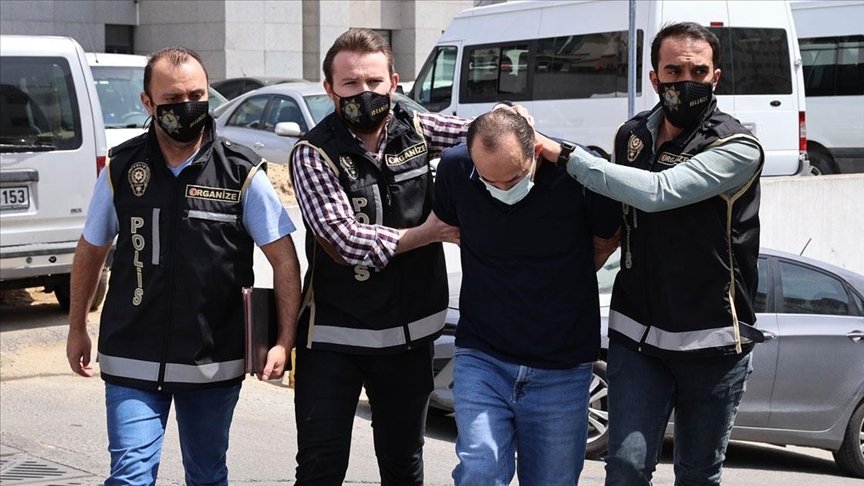 The Gülenist Terror Group (FETÖ) has been under increasingly intense scrutiny ever since the aftermath of its foiled coup attempt in 2016. Some members of the group managed to flee abroad before and after the putsch bid, while others chose to hide in so-called gaybubet (absence) houses or safe houses of the group. However, operations by security forces have been dealing steady blows to the group’s hideouts since 2016. The latest figures show that 4,015 people have been captured in those houses over the past five years.

Security forces have launched 265 operations against absence houses across the country since 2016. 2,390 suspects among 4,015 were arrested, and 303 have been released. The rest await court verdicts with judiciary control measures against them. Judiciary control is a type of probation that can include house arrest (home detention), limitations on leaving a certain territory and prohibition of entering certain localities, places or defined areas.

Among those captured in safe houses were Selman Gülen, a nephew of FETÖ leader Fetullah Gülen; Mehmet Kaya, a former secretary-general of The High Council of Judges and Prosecutors (HSYK), which was reformed after the coup attempt; Mehmet Biricik, who was in charge of the operation of safe houses across the country and Ibrahim Tatar, founder of terrorist group’s network in Africa.

Fetullah Gülen, in messages to his subordinates, had instructed the group’s members to hide to avoid prosecution, urging those planning to flee abroad not to “take risks” and to stick to safe houses. In articles on FETÖ-linked websites, the group’s members describe absence houses as “modern caves” resembling those that “prophets hid in to escape from their enemies.”

“Every minute you spend in absence house counts as an act of worship,” a social media post by a FETÖ member reads. The terrorist group long disguised itself as a charity movement with religious undertones while seeking to boost its infiltration in judiciary, law enforcement, military and bureaucracy in Turkey, with the ultimate goal of seizing power through a putsch.