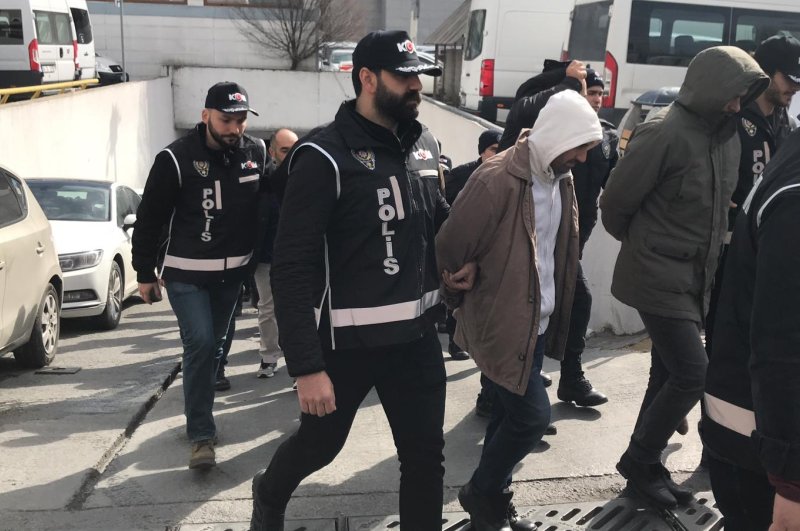 Prosecutors say the killing of Altuğ Verdi, a police chief in the northern province of Rize, was likely the work of the Gülenist Terror Group (FETÖ). İsmail Hakkı Sarıcaoğlu, a policeman convicted of the murder on Dec. 11, 2018, was arrested on Monday for membership to the terrorist group, which is accused of instigating the 2016 coup attempt. Ten other suspects, including Sarıcaoğlu’s brother, were referred to a court on charges of FETÖ membership on Monday.

Sarıcaoğlu stormed the office of Altuğ Verdi allegedly in a fit of rage over Verdi's disapproval of his request to change his place of deployment. He shot the police chief to death before other police officers restrained him and placed him under arrest. As the probe deepened into his links to the group, investigators disclosed a secret network of FETÖ in law enforcement.

The Chief Prosecutor’s Office in Istanbul, which issued arrest warrants for a FETÖ cell linked to Sarıcaoğlu, said the suspect was a member of the newly uncovered network of FETÖ members and the murder was not committed in a fit of rage as the suspect claimed. Prosecutors said Sarıcaoğlu has been a member of the terrorist group since middle school and though it was not clear whether he killed Verdi on the terrorist group’s instructions, he has been deeply involved with FETÖ. Prosecutors said the murder was likely a “lone wolf” act or an act by FETÖ to employ its well-disguised infiltrators to murder a high-profile name, referring to the murder of Andrei Karlov, the Russian ambassador in Ankara who was shot dead by an off-duty policeman linked to the terrorist group. The suspect’s brother, Mustafa Sarıcaoğlu, also testified against him and told investigators that his brother always maintained ties with FETÖ, even after the 2016 coup attempt, the deadliest act of FETÖ in which 251 people were killed by putschists. Mustafa Sarıcaoğlu also said that although his brother initially told him he committed murder in anger over his assignment, he later admitted that he was angry at Verdi for the police chief's alleged role in torture and mistreatment of detained FETÖ members and Verdi’s actions during the 2016 coup attempt. Verdi was in Istanbul at the time of the coup attempt and was hailed for coordinating police officers fighting against putschists. Verdi was among those engaged in a shootout with FETÖ-linked military officers trying to storm a police station in Istanbul’s Çengelköy neighborhood.

The terrorist group, which expanded its clout in Turkey over the past three decades, is known for its wide network of infiltrators in law enforcement, the military, the judiciary and the bureaucracy.

Fetullah Gülen, the U.S.-based leader of the terrorist group, is known for instructing his followers to disguise themselves and their activities. Several former members confessed to authorities that senior figures of the group trained them on how to avoid being detected while serving in the army, law enforcement or judiciary.