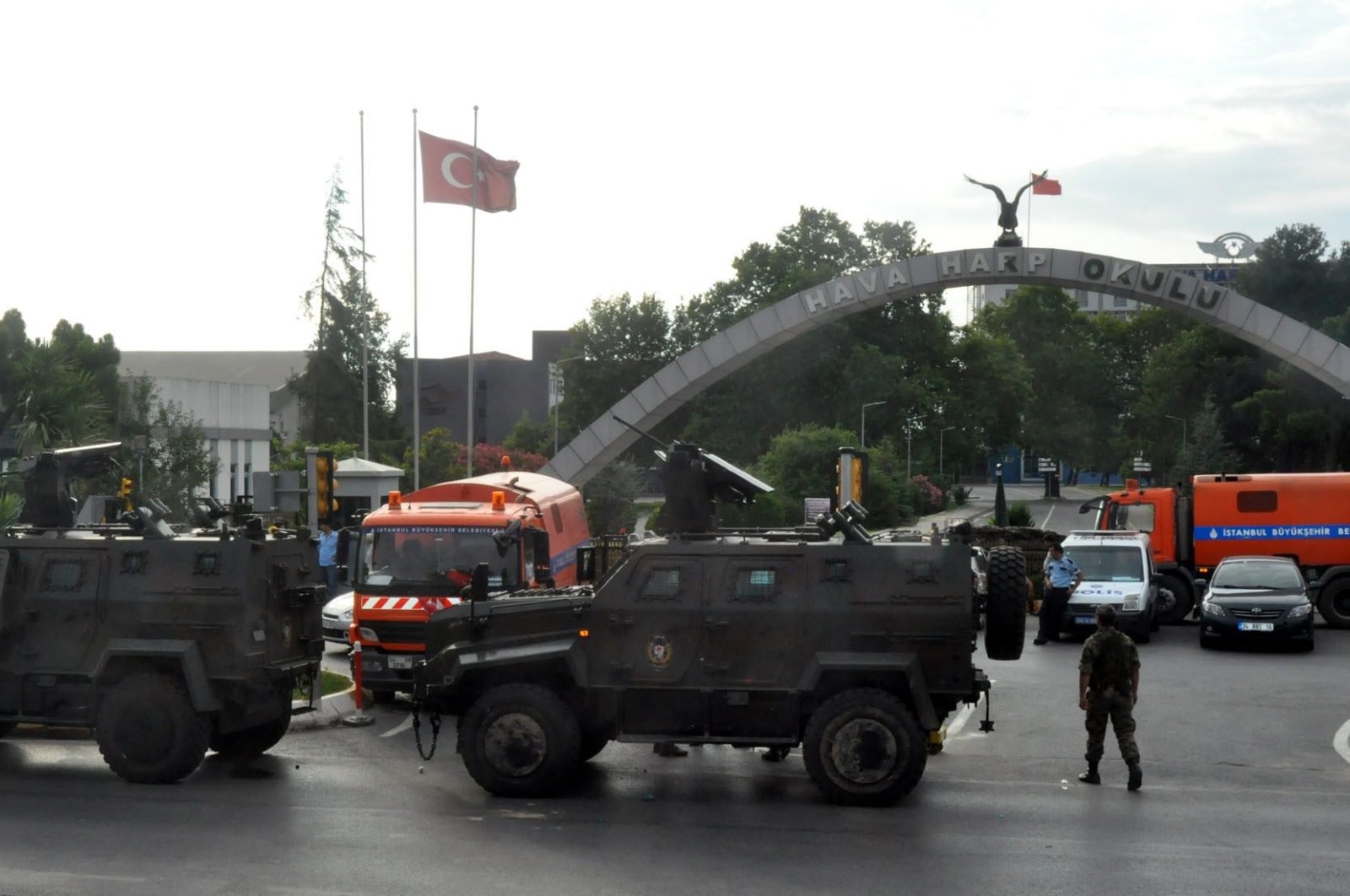 For years, investigators have sought answers to how the Gülenist Terror Group (FETÖ) infiltrated the Turkish Armed Forces (TSK) before it tried to seize power using these infiltrators on July 15, 2016. Information gleaned from testimonies of former members, captured in police operations, shed light on little-known tricks of the group to maintain secrecy on identities of infiltrators and how they picked youngsters to be their future members and sent them to military schools. The suspect identified with the initials P. M. by security sources is one of those members.

The alleged deputy manager in the group’s wing in charge of infiltrators in the prestigious Air Force Academy, P. M. collaborated with investigators and gave an account of his activities for FETÖ and tactics he and others employed to brainwash the youth to join the terrorist group. He disclosed the secretive jargon of the group to avoid suspicions, such as code names attributed to infiltrators and their handlers. He also revealed how each student “recruited” for the Air Force Academy was tracked down and their lives were constantly monitored to check their loyalty to the terrorist group.

His confessions helped authorities identify a large number of suspects previously unknown to the authorities, in investigations targeting FETÖ, which faced renewed scrutiny after the coup attempt.

The suspect himself was introduced to the terrorist group while he was attending middle school and was a resident of a dormitory run by FETÖ members when he began studying at a university in Istanbul in 1995. After his graduation, P. M. started working as a teacher at preparatory schools run by the terrorist group. FETÖ, which disguised itself as a charity movement with religious undertones for decades, is known for running an extensive network of schools. Most were shut down in Turkey while some remain operational abroad.

He was serving both as a “teacher” at the preparatory school and “a brother” at an unofficial dormitory run by the group. The latter terms refer to older members of the group in charge of recruiting new members. After multiple visits to the United States to the group’s leader Fetullah Gülen, P. M. was ordered to run a cell of infiltrators for the Air Force Academy. His role as recruiter went back to earlier years, though, as he confessed that the students at the preparatory school he worked at were brainwashed. They made to watch videos of Gülen where he seemingly delivered speeches peppered with religious topics.

P. M. said these schools were a recruitment ground for the group, with teachers assigned to students to “teach them both material and spiritual issues,” he said, referring to help with classes and feeding group’s propaganda to students. “Every student is assigned a number by teachers. Five means that the student is genuinely loyal to (the group) and would stay at dormitories and houses run by (FETÖ) once he begins university education. Number four has his shortcomings but still loyal to the group. Number one is of Alevi faith or has no religious affiliation,” he said.

He said students found to be the most loyal were instructed to keep ties with the group and stay in the group’s dormitories while attending university. “But we would not allow students who were considered to be military or police officers to attend prep schools,” P. M. said, pointing out that FETÖ wanted them not to have an open association with the group, to further facilitate infiltration.

To ensure secrecy, P. M. used three different aliases while introducing himself to students. In 2012, he was assigned to head freshman cadets at the Air Force Academy. His task was to train infiltrators to prevent any suspicion regarding their ties to FETÖ. As the terrorist group posed as a religious movement to attract followers, following Islamic practices was one hint that would give away a cadet’s affiliation. The suspect said he trained cadets on how to perform prayers secretly, urged them not to fast, a pillar of Islam, not to speak religious words that may betray their links to the group and pretend they do not know each other while attending the school. “I was also using a separate phone number to contact (with infiltrators) to avoid suspicion.” Every cadet was assigned a code name and handlers like P. M. contacted them mostly via payphones in public places, to dodge any attempt to track them down.

“Senior students at the Academy and loyal to the group were ordered to check upon infiltrators in freshman classes. Whenever we had cadets in the senior class, we would give our instructions to them, instead of directly contacting freshman cadets. Those senior cadets were also regularly monitored for their loyalty. Those with the highest level of loyalty were instructed to join training to pilot F-16 warplanes. Those numbered four (with loyalty but "shortcomings") would be instructed to join F-4 or helicopter training programs at school,” P. M. said in his confessions.

P. M. also confirmed that Adil Öksüz, a fugitive mastermind of the 2016 coup attempt, was in charge of the group’s infiltration into Turkish Air Forces until 2015 and Kemal Batmaz, one of the jailed planners of the coup attempt, replaced him that year.

“We used to track every cadet’s progress and loyalty by giving each a unique number in a database, where their names were not included. For instance, 1112 is given to a cadet, with one at the beginning representing his year at the school and when the first two numbers are subtracted from the last two, it would give a result showing which province the cadet comes from, in that case, from Adana (which has 01 as its license plate registration number),” P. M. said.

Every infiltrator’s participation in “meetings” with handlers was also recorded in the database and those skipping meetings would be given a number representing their loyalty or the lack of it. Thus, the terrorist group was able to pick only the most loyal infiltrators while forming a new sleeper cell.