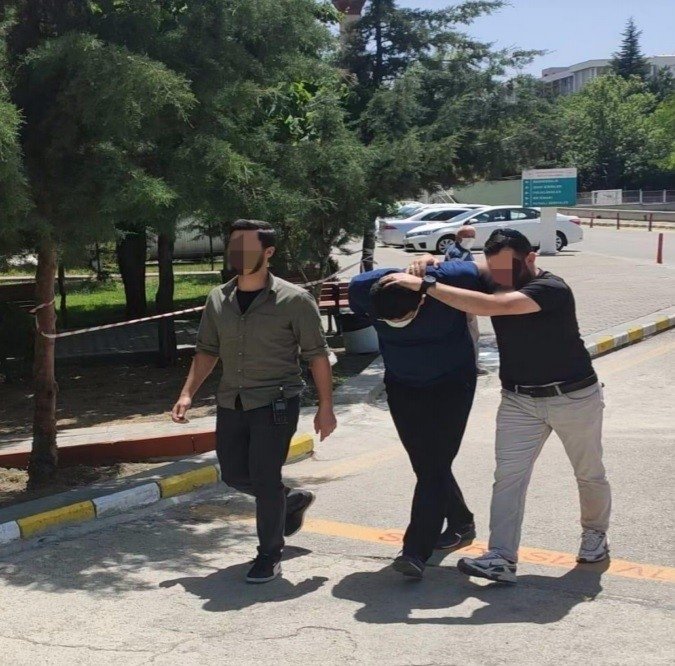 A senior member of the Gülenist Terror Group (FETÖ), who was in charge of its law enforcement infiltrators, was arrested Thursday in the capital Ankara. The suspect, identified as N.C., after his initials, and who used the alias "Soner" within the group, was on the police's wanted list since 2017 – one year after the terrorist group tried to seize power in a coup attempt that killed 251 people.

N.C. is described as a "secret imam" by authorities, a term used for handlers of infiltrators in law enforcement, the military, judiciary and other institutions. The suspect, charged with terror-related crimes, was hiding in a house in the capital's Etimesgut district and was a teacher by profession. He was earlier dismissed from his job.

Authorities said he was also a Bylock user, an encrypted messaging app developed and exclusively used by FETÖ terrorists. He apparently managed to dodge authorities by using a fake ID and repeatedly changing his disguise while going out. The suspect was also driving a car registered under someone else's name.

Elsewhere, police arrested nine people over their suspected links to FETÖ. Eight suspects, including a suspended lieutenant, soldiers on active duty and dismissed cadets, were captured in simultaneous operations across three provinces as part of an investigation launched by prosecutors in the Black Sea province of Trabzon. The suspects were found to have communicated with terrorist group members via payphones to avoid detection.

Meanwhile, prosecutors in the northwestern Balıkesir province issued arrest warrants for 32 FETÖ suspects in 21 provinces, including active, dismissed and retired police officers. They were accused of communicating with other FETÖ members, sources said.

Long before it was designated a national security threat, and later a terrorist group, FETÖ was pursuing a policy of infiltration in a myriad of government agencies including the army, law enforcement, the judiciary and bureaucracy. Their efforts to disguise themselves long prevented detection and only after their first coup attempt, in 2013, investigations disclosed their tactics. As FETÖ members are identified, more information comes forward to shed light on these takeover plots, leading to additional arrests.

Categorized for decades as a religious movement, FETÖ was a prominent group in Turkey but investigations after the coup attempts revealed an extensive network of members that were hiding their allegiance. They are referred to as “mahrem,” or secret in Turkish.