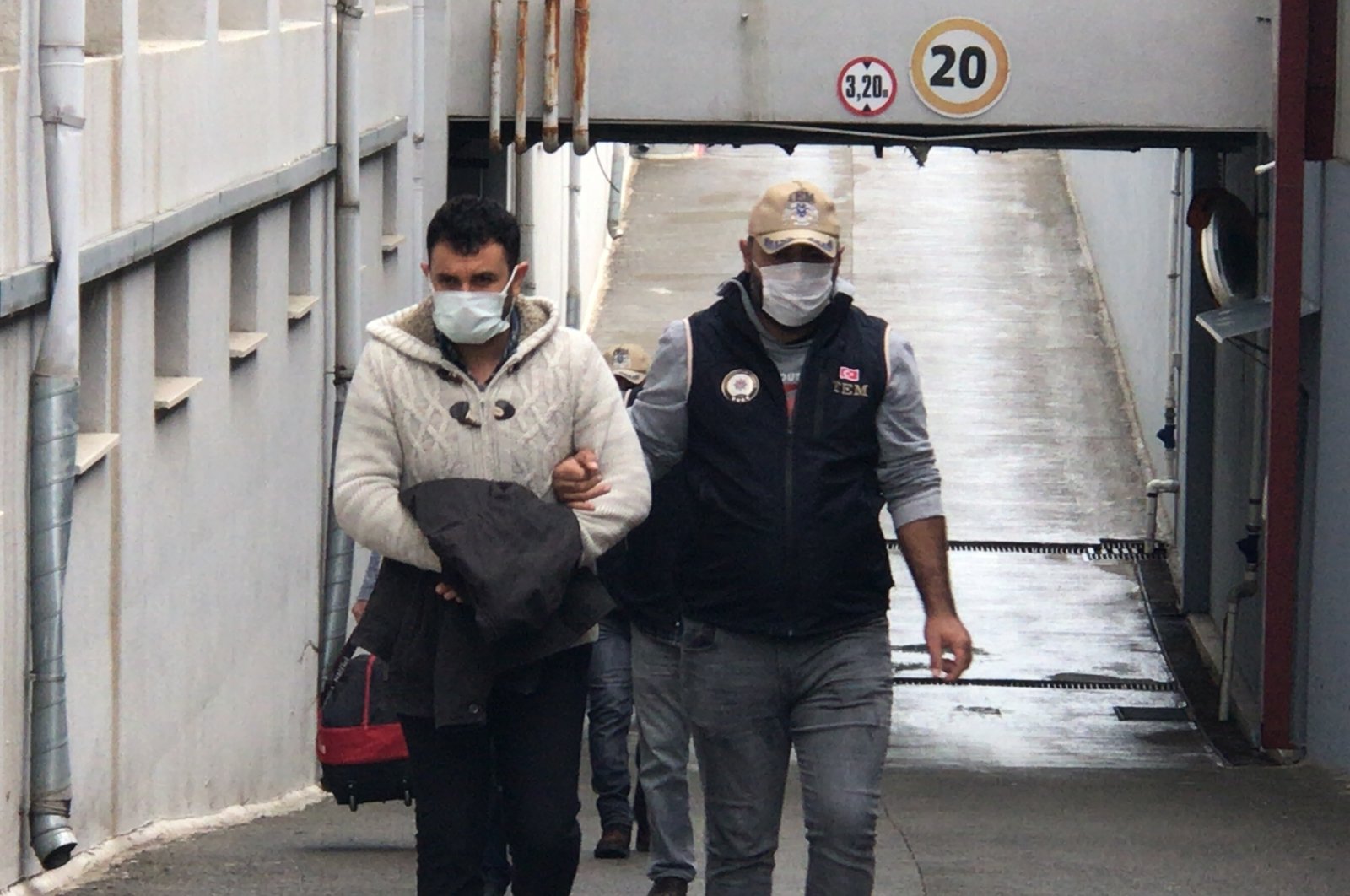 Security forces in the Aegean province of Izmir nabbed 35 suspects in simultaneous operations, with 20 detained by a judge.

"Covert imams," regional student officers, an expelled police chief, expelled commissioner and a retired soldier were among those detained.

While three suspects were given house arrests, six were released on judicial control and one was released because of a health condition.

Proceedings for four suspects will be carried out by the Manisa Anti-Terrorism Branch. One suspect was released by the judge.

Digital material and fake identities were seized during the operation.

FETÖ has been the target of law enforcement operations almost on a daily basis since the July 15, 2016 coup attempt it carried out through its infiltrators in the Turkish Armed Forces (TSK).

A total of 10,836 members of the TSK face criminal probes in nationwide investigations, according to a report in Sabah newspaper published earlier this year.

Prosecutors in Istanbul and Izmir had uncovered multiple networks of infiltrators in a string of operations since July 15, 2016.

The majority of the alleged FETÖ infiltrators served or continue to serve in the army, while 3,802 were members of Turkey's Naval Forces Command and 1,047 others were from the air force. Only 60 among them were investigated for actively participating in the coup attempt, including five generals.

Tens of thousands of people have been detained or arrested in Turkey since the 2016 coup attempt orchestrated by the group, an event that killed 251 people and injured nearly 2,200 others.

Senior figures of FETÖ fled the country before and after the attempt. Authorities believe that some members, particularly infiltrators in the army, managed to disguise their ties to FETÖ and continue to serve.

According to an investigation made public in December 2020 and conducted by the Istanbul Chief Public Prosecutor’s Office, the terrorist group began infiltrating the TSK more than four decades ago.

Based on a report prepared by the gendarmerie, 22 of 239 students who graduated from military schools between the 1970s and 1990s were charged with involvement in the 2016 coup attempt, while 58 others were investigated for being a member of FETÖ following the failed putschist bid.

The group had already been designated as a national security threat after its two similar coup attempts disguised as “graft probes.” Tens of thousands of people linked to FETÖ have been detained or arrested following the coup attempt, although its senior members and those who played key roles in the 2016 putsch bid managed to flee abroad.