More than 10,000 army staff in Turkey investigated for FETÖ links 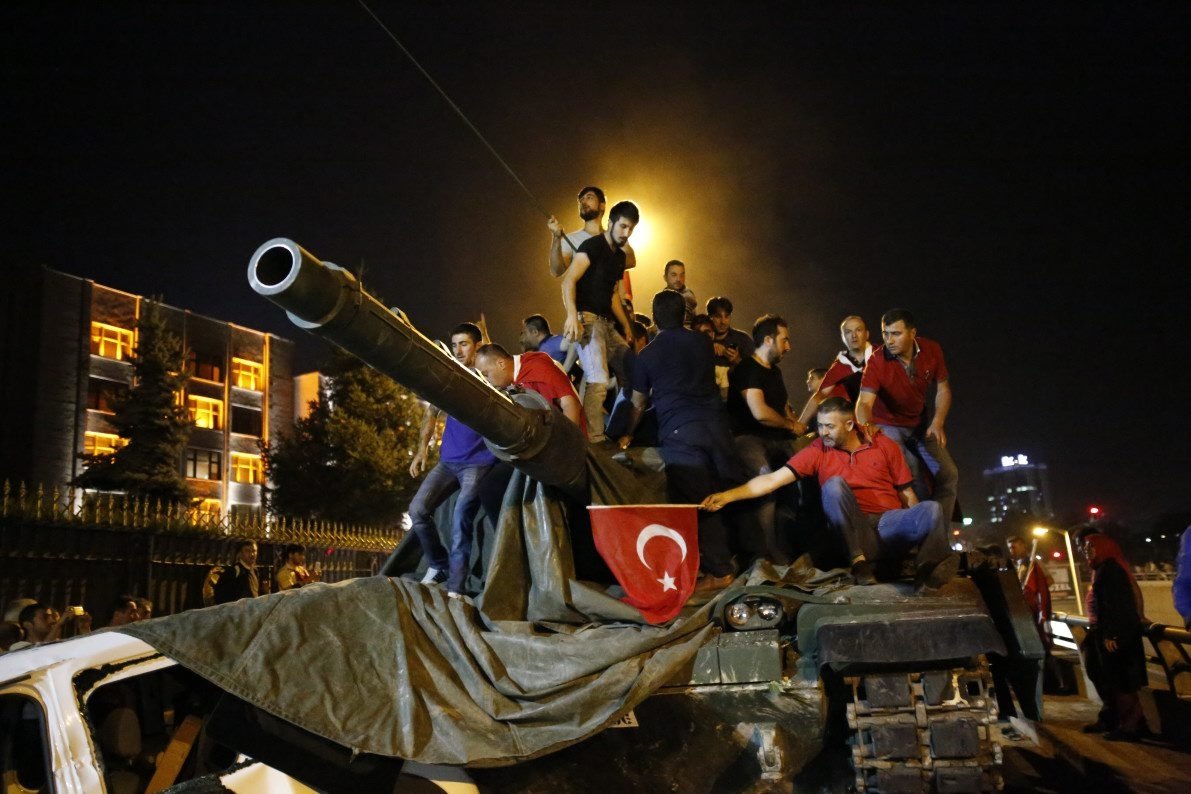 Could there be “sleeper cells” of the Gülenist Terror Group (FETÖ) in the Turkish Armed Forces (TSK)? Five years after the group’s infiltrators in the army staged a coup attempt, those in the army who did not participate in the deadly bid but allegedly remained loyal to the group, are under the spotlight. A total of 10,836 members of TSK face criminal probes in nationwide investigations, according to a report in the Sabah newspaper published on Monday.

Data regarding FETÖ operations show the terrorist group, which sought to wield influence in law enforcement, the judiciary and the bureaucracy by secretly planting its members for decades, still has backers in the army ranks, though they managed to disguise their loyalty. Prosecutors in Istanbul and the western province of Izmir had uncovered multiple networks of infiltrators in a string of operations since July 15, 2016, when the coup attempt claimed 251 lives.

The majority of possible FETÖ infiltrators in the army serve or served in Land Forces Command (KKK) while 3,802 are members of Naval Forces Command (DzKK) and 1,047 others serve in Air Forces Command (HvKK). Only 60 among them were investigated for actively participating in the coup attempt, including five generals.

Investigations led to the dismissal of 869 people from the army last year. Evidence against them included connections to the terrorist group’s civilian members, either personally or via phone. Some were married to women who were implicated in a massive exam fraud the terrorist group carried out in 2010 to help its members infiltrate into the public sector. Others were identified through investigations by intelligence officials and based on testimonies of former FETÖ members who were detained in earlier operations. So far, 2,396 members of the army were suspended from their posts on suspicion of FETÖ links. Since the coup attempt, 21,181 people were expelled from TSK while 6,318 among them were arrested. Also, 16,409 military cadets who were found to be linked to the terrorist group, were expelled.

According to an investigation by Istanbul Chief Public Prosecutor’s Office which was made public in December 2020, the terrorist group began infiltrating into TSK more than four decades ago. Based on a report prepared by Gendarmerie Command, the report says 22 among 239 students who graduated from military schools between the 1970s and 1990s were charged with involvement in the 2016 coup attempt while 58 others were investigated for being a member of FETÖ following the failed putsch bid. While the students discharged from military schools were unable to continue carrying out their missions in the army, they still aided FETÖ’s attempts by offering insight into the military’s workings, playing an “active role” in the establishment of the hidden network inside the TSK, the report says.

FETÖ – led by Fetullah Gülen who currently lives in the United States and is implicated in a long list of trials against the terrorist group – orchestrated the coup attempt with the aid of its military infiltrators and civilian members of the group who were in charge of those infiltrators.

Known for its secretive methods of communication, the group utilized everything from in-game chats in mobile games to payphones to convey messages between its members while avoiding suspicion.