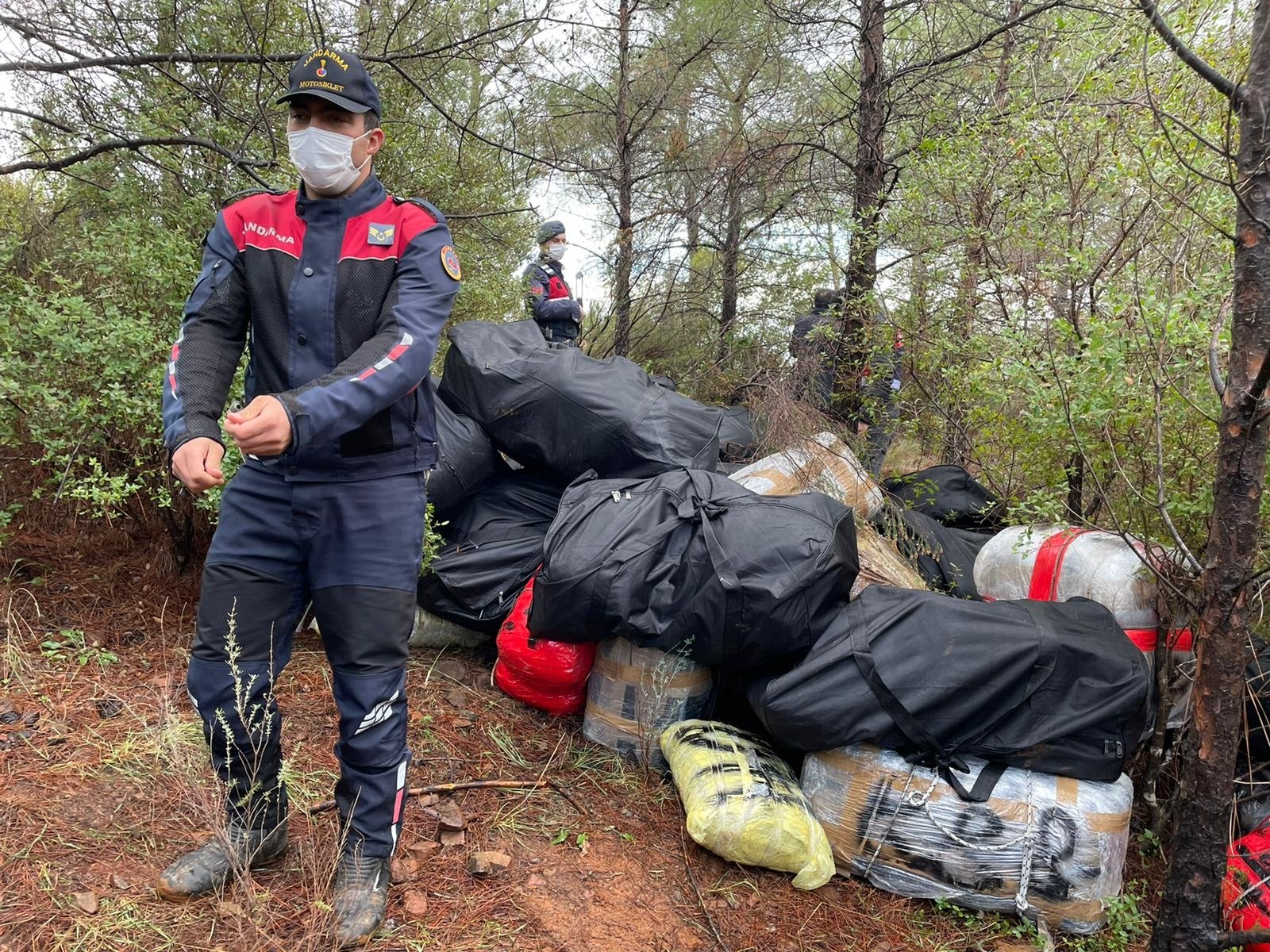 FETÖ did not give up coup ambitions, Turkish indictment shows

Authorities announced on Tuesday that 1.5 tons of skunk, a genetically modified strain of cannabis, were seized in an operation in the southwestern Turkish province of Muğla.

The drug was being smuggled into the country from Albania, Anadolu Agency (AA) reported. Three suspects were detained in connection with the shipment discovered in the Dalaman district.

The Governorate of Izmir in western Turkey announced that the operation was carried out following an investigation conducted by prosecutors in the province based on intelligence that smugglers would bring a large shipment of drugs to Turkey. After surveillance carried out by gendarmerie troops of the Izmir Gendarme Command, security forces discovered the shipment would be transported aboard a speedboat in Muğla. Authorities captured the suspects as they stashed the bags of drugs in a forested area near the coast.

Turkey, a transit route for drug smuggling between Asia and Europe, is fighting a decisive battle against the drugs proliferating in the country. Figures show a 42% increase in seizures of “skunk” this year so far while “bonzai” seizures rose to 1.7 tons from 1.1 tons in 2020.

In 2020, counter-narcotics police conducted 140,000 operations and seized 20 tons of marijuana, 11 tons of heroin and 800 kilograms (approximately 1,760 pounds) of cocaine. Customs officers at the country's borders and ports seized 9.7 tons of drugs last year. In the country's southeast where the PKK terrorist group profits from the cultivation of cannabis, millions of cannabis plants were seized and destroyed.

Also in 2020, the government had launched a reward scheme for people providing tips on the production or mass distribution of drugs. Informants will be awarded up to TL 500,000 ($36,618) depending on the amount of narcotics seized. Those providing information leading to the seizure of heroin and cocaine are eligible for a reward of up to TL 60,000 per kilogram, while marijuana seizures fetch a reward of TL 15,000 per kilogram.

FETÖ did not give up coup ambitions, Turkish indictment shows