Turkey seizes more than 1 ton of cocaine in ‘biggest bust’ 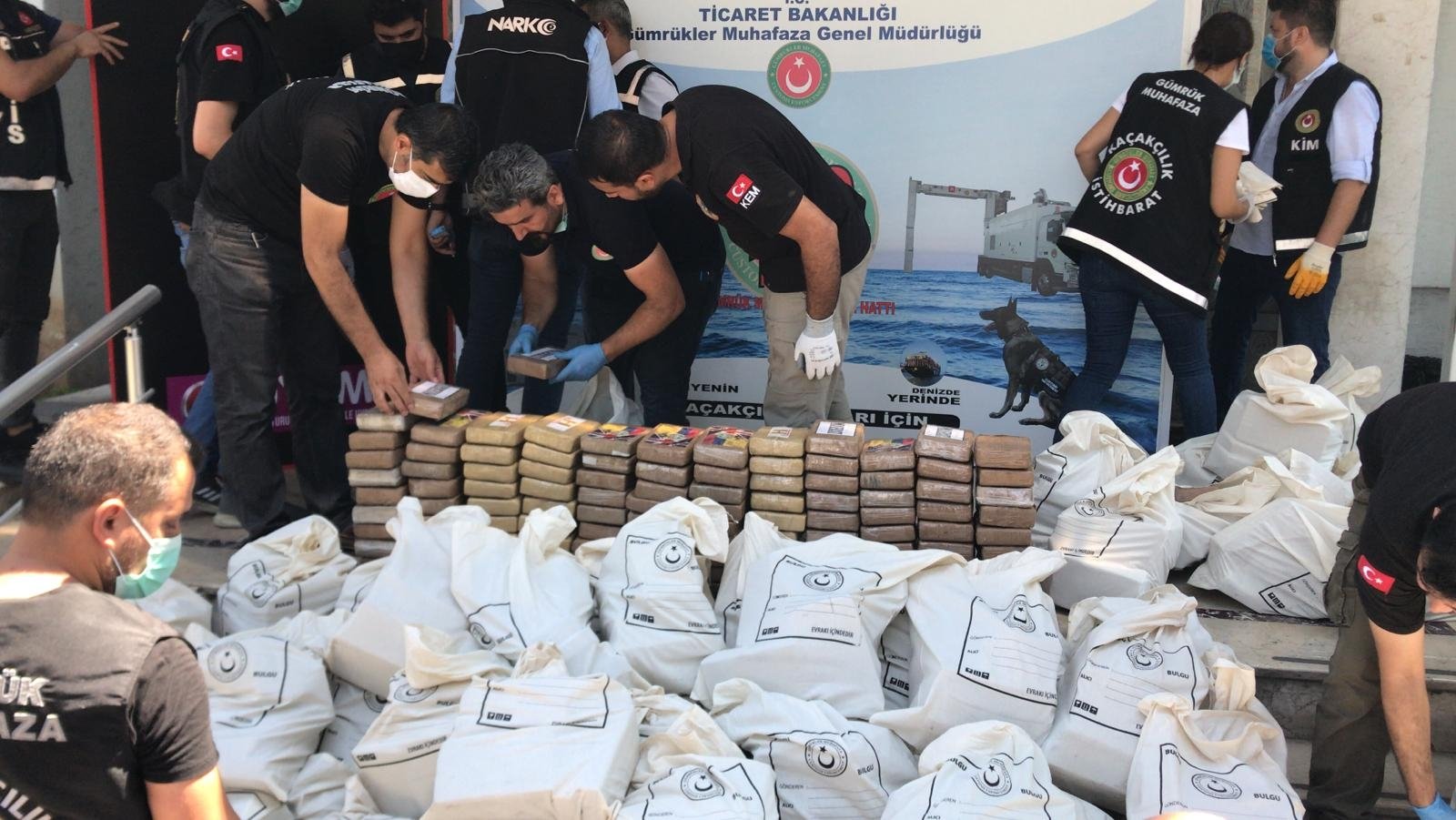 Turkey's trade minister, Mehmet Muş, announced on Wednesday that 1.1 ton of cocaine was seized at a port in the country’s south, dubbing it the largest seizure of the drug in Turkish history.

Customs officers working for the ministry and the local police department in Mersin, a Mediterranean province, confiscated the drugs. Acting on a tip, the cocaine was discovered in a container of bananas aboard a ship arriving from Ecuador. Authorities displayed the cocaine, in 1,000 packages, to the press on Wednesday. An investigation into suspects behind the smuggling is underway.

Murat Cihan, deputy police chief of Mersin province, told reporters that the operation was launched upon a tip-off that cocaine would be shipped to the port aboard a banana-laden cargo vessel bearing the Liberian flag. He said they have been working in coordination with customs officers for about one month for surveillance of the ship and there might be "arrests" related to the record haul. "This is one of the biggest seizures for us as well. In 2019, Mersin police also seized 615 kilograms of cocaine here at this port as well," he said.

Turkey, a transit route in drug smuggling between Asia and Europe, fights a decisive battle against the drugs proliferating in the country. South America is the primary source of cocaine and similar drugs smuggled into the country, for both domestic use and as a transit point for smuggling to Asian countries. In 2020, counter-narcotics police conducted 140,000 operations and seized 20 tons of marijuana, 11 tons of heroin and 800 kilograms of cocaine. Customs officers at the borders and ports of the country, seized 9.7 tons of drugs last year. In the country's southeast where the terrorist group PKK profits from the cultivation of cannabis, millions of cannabis plants were seized and destroyed.

Also in 2020, the government had launched a reward scheme for people providing tips on the production or mass distribution of drugs. Informants will be awarded up to TL 500,000 ($58,646) depending on the amount of narcotics seized. Information leading to the seizure of heroin and cocaine are being paid the highest at TL 60,000 per kilogram, while marijuana seizure fetches a reward of TL 15,000 per kilogram.

The World Drug Report 2020 released by the United Nations Office on Drugs and Crime (UNODC) in 2020 highlights Turkey’s success in drug seizures but warns that the country remains a popular route for drug smuggling to Europe. The report, based on 2018 data, says the largest total quantity of heroin seized by a country that year was Iran, followed by Turkey, the U.S., China, Pakistan, Afghanistan and Belgium. Turkey seized 0.7 tons of opium, 0.4 tons of morphine and 19 tons of heroin in 2018. According to the report, Turkey seized 62% of the heroin and morphine in the region outside Asia. Turkey accounted for 95% of heroin and morphine seized in eastern and southeastern Europe.

Turkey also leads in methyl​enedioxy​methamphetamine (MDMA) seizures in Europe, according to European Monitoring Centre for Drugs and Drug Addiction (EMCDDA). Between 2017 and 2019, Turkey seized more than 8 million pills, larger than the total number confiscated by European countries.