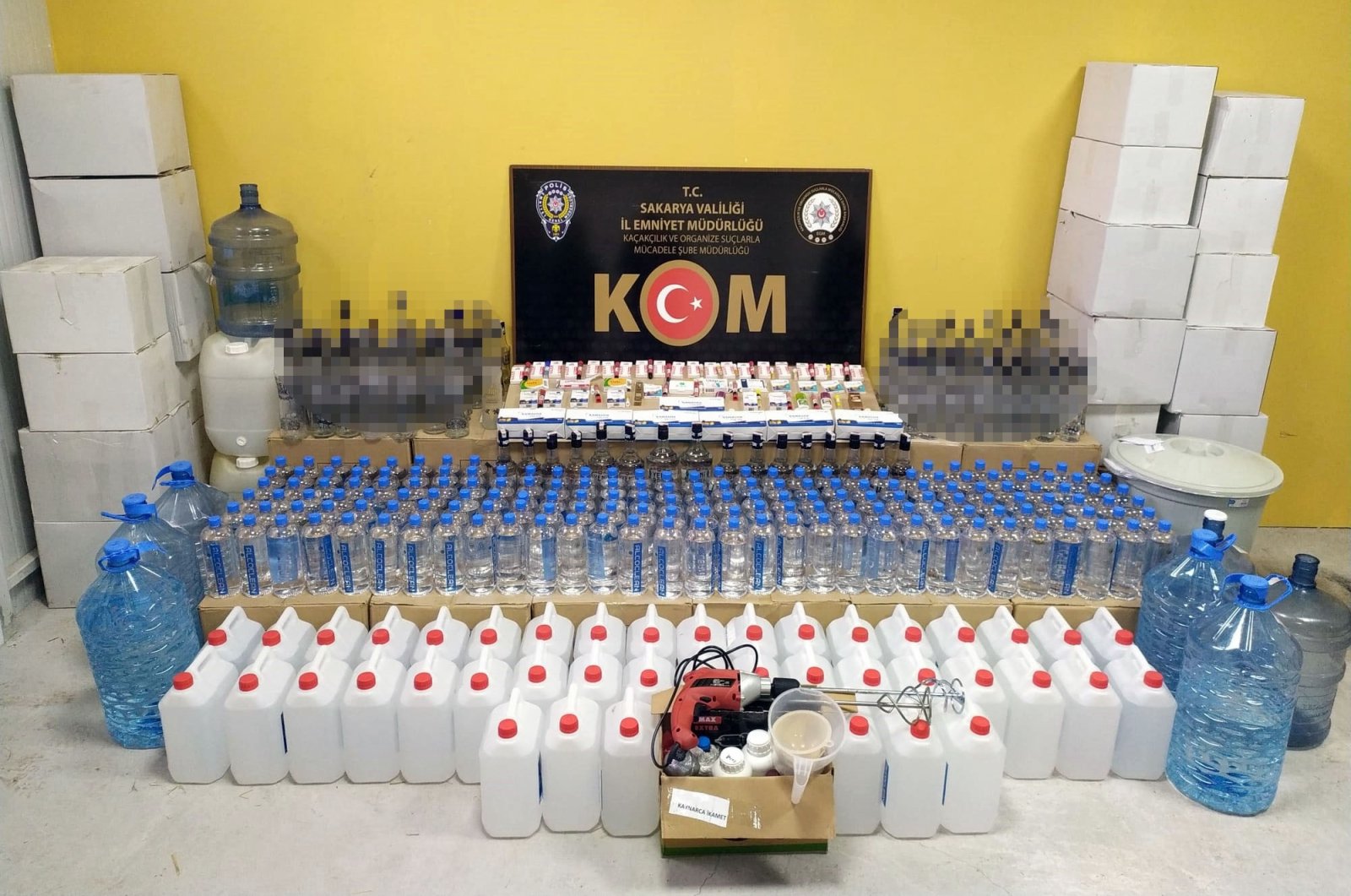 The grim rise in deaths from bootleg alcohol in Turkey resumed Tuesday as the nationwide death toll hit 66 with four new fatalities, with authorities stepping up their efforts to bust manufacturers and traders ahead of New Year's Eve.

In the Fatsa district of the northern province of Ordu, two people died and four others were hospitalized in the intensive care unit after consuming bootleg liquor. The investigation into the incident found that the bootleg liquor was sent via courier from the western province of Izmir. The police launched province-wide raids and detained six people over the incident, who were later released by the prosecutor's office.

In the eastern province of Adıyaman, a 62-year-old man living in a remote villa was found dead by his relatives the next morning after consuming bootleg alcohol.

The third victim of bootleg alcohol in the northwestern province of Tekirdağ over the past four days was a 70-year-old man, who died after being hospitalized due to bootleg liquor.

A 46-year-old man living in the southern city of Antalya lost his 20-day battle against bootleg alcohol poisoning in intensive care.

In the central province of Eskişehir, a 42-year-old man was hospitalized after consuming bootleg liquor made with methyl alcohol. Police launched an investigation to determine the source of the illegal product.

Police raids throughout the country on Tuesday confiscated 140,000 liters of bootleg alcohol, along with ethyl alcohol used for cleaning or medicine purposes, production kits, empty bottles, cigarettes and various other smuggled or illegally procured items. Sakarya, Manisa, Elazığ, Mersin, Edirne, Muğla were some of the provinces where raids were conducted and at least 73 suspects were detained.

In Istanbul, where more than 20 people died due to bootleg alcohol over the past week, police, municipal police and units from the provincial directorate of food and forestry launched inspections in markets and entertainment venues in the Fatih district.