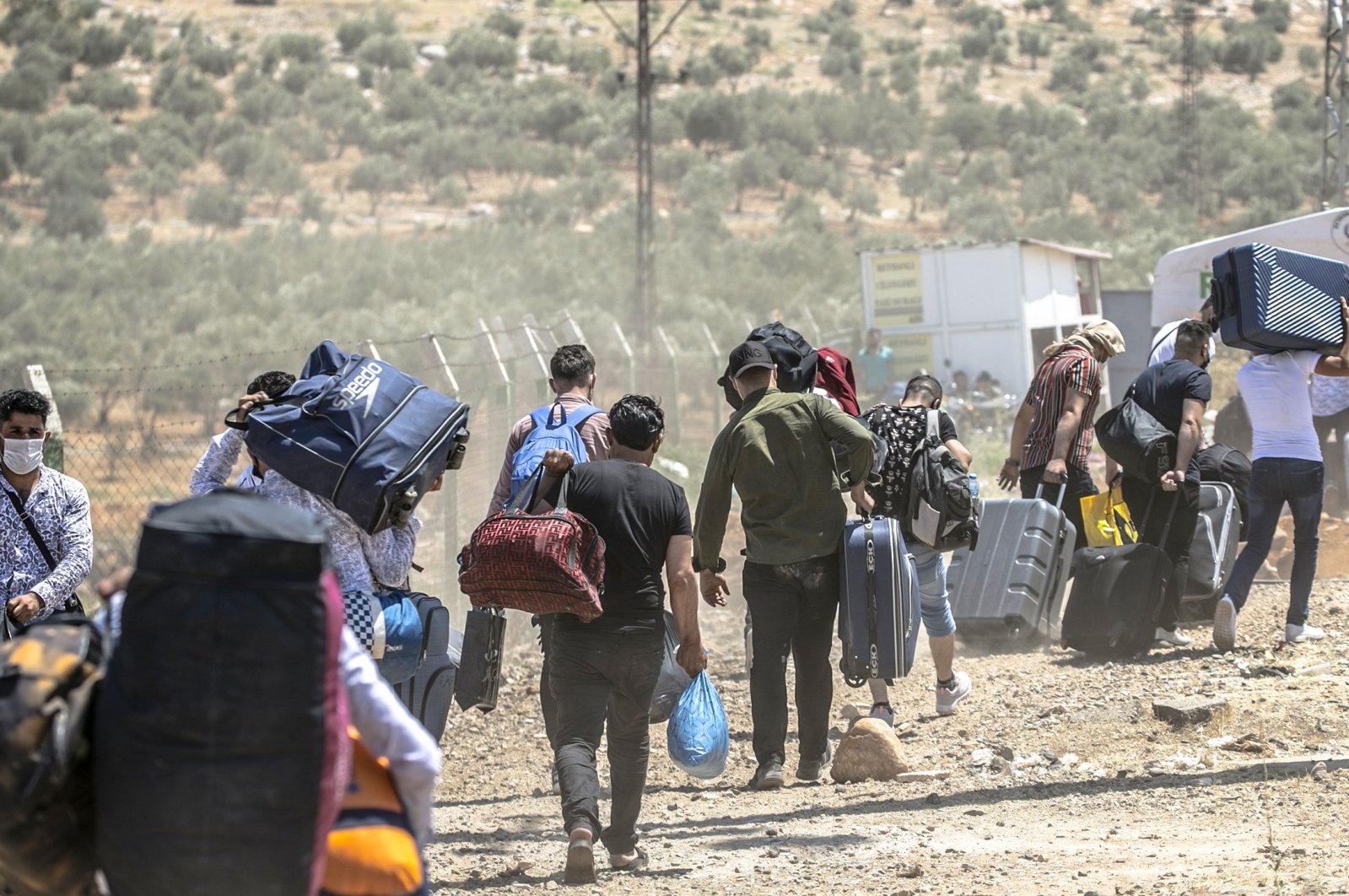 Seven Syrians face deportation from Turkey after posting videos of themselves eating bananas to mock poor people on social media amid wider complaints about the supposed "lifestyle of refugees."

The seven, plus a Syrian minor, were detained in the western city of Izmir on Friday, Demirören News Agency (DHA) said. Earlier in the week, Turkish migration authorities said another seven foreign nationals were to be processed for deportation for related reasons.

Videos of people purporting to be Syrians eating bananas have sprung up since footage from an online news outlet emerged on Oct. 17 showing an argument on an Istanbul street between a young Syrian woman and a group of Turks.

A middle-aged man is heard complaining: “You’re living comfortably. I can’t eat a banana, you’re buying kilos of bananas.” A woman also criticizes Syrians for not fighting in the country’s war but returning for religious festivals.

One TikTok video posted in response showed a group of young men laughing while munching on bananas in a barbershop as the soundtrack of the street interview played in the background.

Turkey hosts the world’s largest refugee population, mostly made up of 3.6 million Syrians living under temporary protection. While they were largely welcomed at the start of the conflict, worsening economic conditions in Turkey has seen local sentiment turn against them.

Some Turks complain Syrians are living comfortably in Turkey while they struggle to pay for basics amid high unemployment and inflation.

Demirören reported that those detained in Izmir were to be deported for “threatening public order and security.” The minor was transferred to an agency for juveniles.

In a statement released Wednesday, the Directorate General of Migration Management said “deportation proceedings will be initiated” against seven foreigners after they had been processed by the justice system.

It added that “efforts are underway to uncover all the provocative posts ... and to carry out the necessary judicial and administrative procedures against all individuals who make these posts.”

The following day, Istanbul police said 11 Syrians had been detained for “inciting hatred” and “insulting the Turkish people.”

It wasn't clear where those detained would be deported to. The principle of non-refoulement prohibits returning someone to a place where they face the risk of persecution or mistreatment.

Since the beginning of the Syrian civil war in 2011, Turkey has backed moderate opposition groups against the Assad regime and opened its doors to those who had to flee the country to save their lives. Turkey hosts more Syrian migrants than any other country in the world. The country also leads humanitarian aid efforts for Syrians in Turkey and opposition-controlled areas of northern Syria.