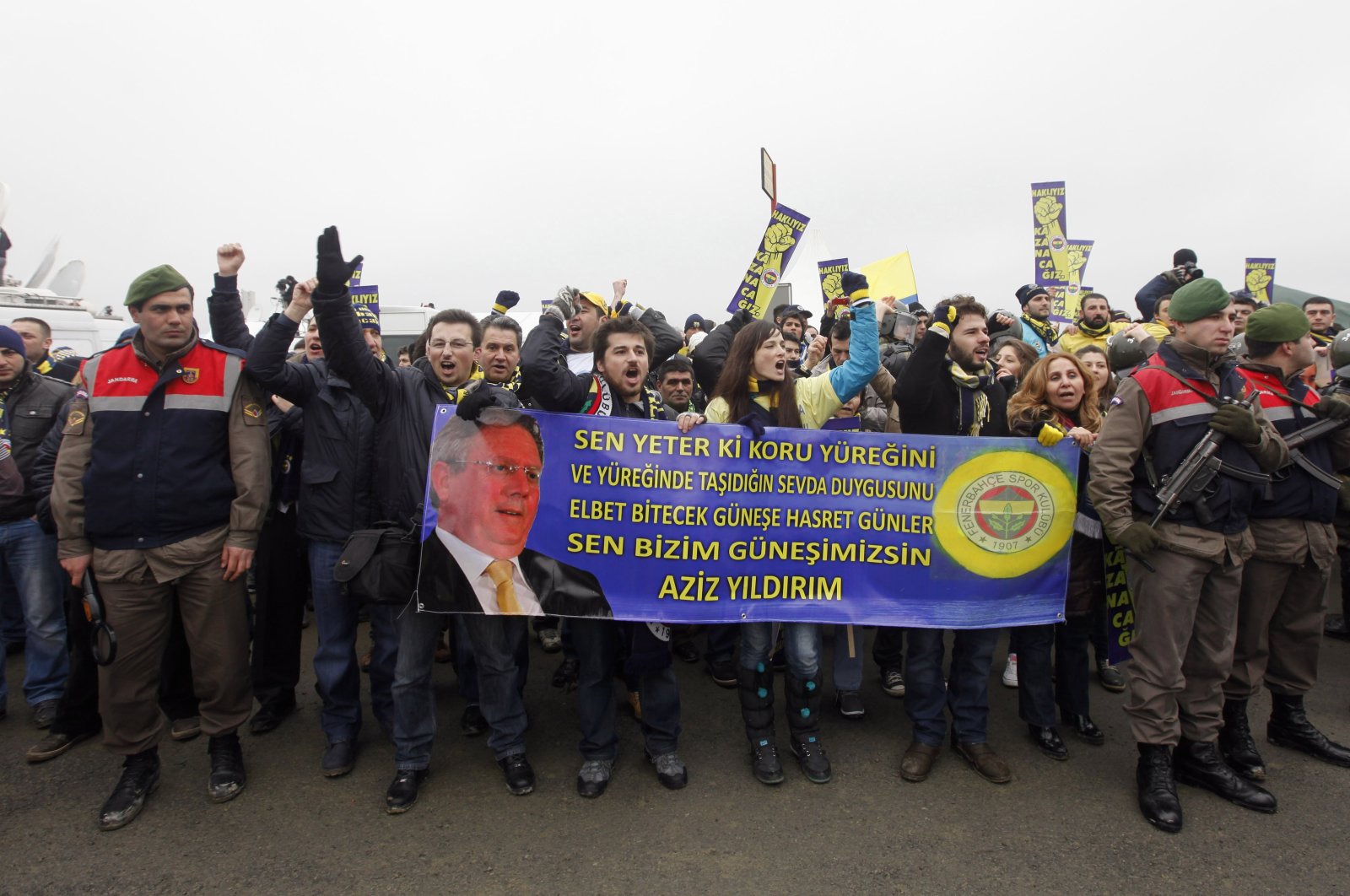 Supporters of Fenerbahçe shout slogans as they hold a banner in support of former club president Aziz Yıldırım, during the first hearing in the trial of 93 suspects accused of match-fixing, outside the Silivri prison in Istanbul, Turkey, Feb. 14, 2012. (Reuters Photo)
by Daily Sabah with Agencies Dec 27, 2021 6:40 pm
RECOMMENDED

The 5th Penal Chamber of the Turkish Court of Cassation (Yargıtay) approved late Monday the acquittal of Aziz Yıldırım, the ex-president of Istanbul sports club Fenerbahçe and other former executives.

Evaluating the appeal from Trabzonspor, the club hailing from northern Turkey which alleges that Fenerbahçe executives were indeed involved in the alleged match-fixing during the Turkish Süper Lig 2010-2011 season due to rulings from European football governing body UEFA, the court unanimously approved the acquittals of Yıldırım and other executives.

The match-fixing case plot, perpetrated by Gülenist Terror Group (FETÖ) according to Turkish courts, had led to the imprisonment of Yıldırım in 2012, along with other football executives who were charged with running a match-fixing scheme in Turkey’s top-tier league. Yıldırım and others repeatedly denied charges which largely depended on illegally acquired wiretapping of defendants. Defendants had claimed audiotapes of wiretapping presented to the court were forged.

Yıldırım and others were acquitted in a retrial.