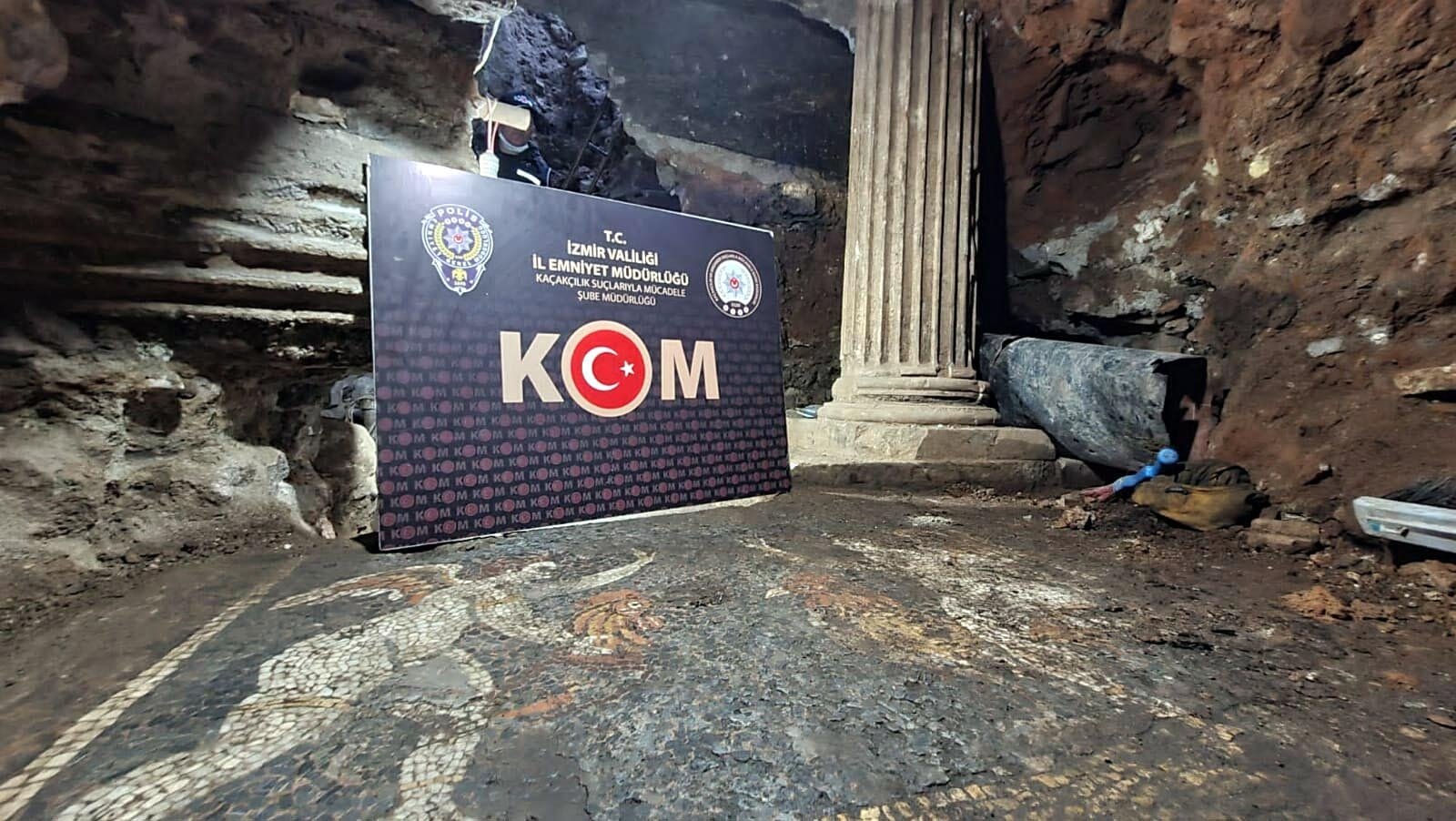 Turkish security forces confiscated two 2,700-year-old mosaics from the Roman era in raids conducted against illegal excavations in the backyard of a home in Izmir province.

Izmir police squads raided the home after a tipoff warning them about the illegal excavation and a monthlong technical and physical surveillance, Demirören News Agency (DHA) reported Tuesday.

The mosaics found at the site were reportedly from the early Roman Era, 753 and 509 B.C. Experts noted that they belonged to a wealthy family living at the time, as their double-winged human depictions and the mosaics and pillars were used in the homes of such families to represent wealth and grandeur.

Police detained three people in the raid, including the landlord and the tenant, who claimed that they were excavating to drill a well in the backyard and came across the artifacts by chance.