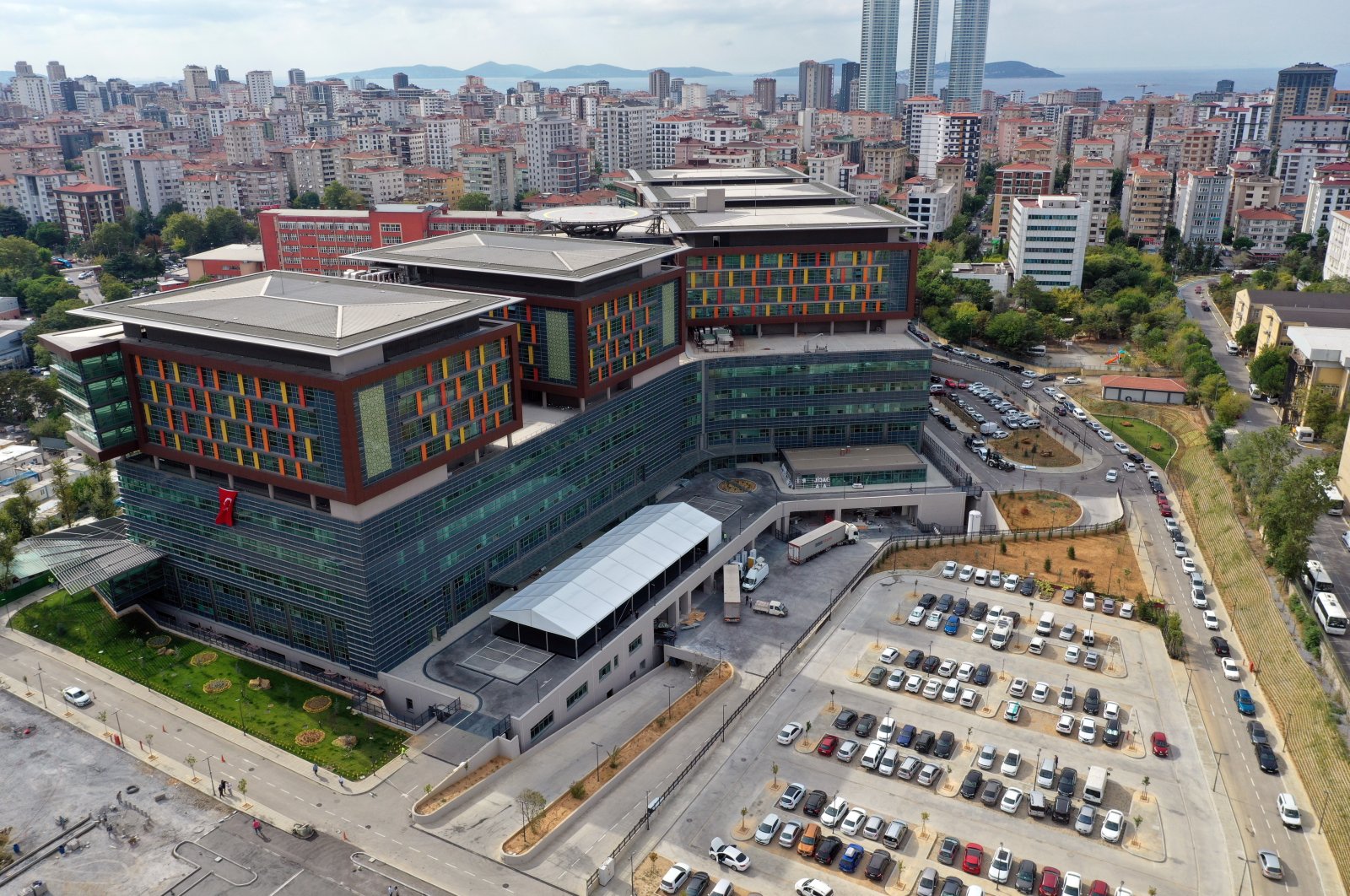 Turkey’s most populous city welcomed another huge hospital to its service on Saturday as President Recep Tayyip Erdoğan and other top officials inaugurated the Göztepe City Hospital in Kadiköy district on the city’s Asian side.

Officially named Göztepe Professor Dr. Süleyman Yalçın City Hospital, the hospital boasts a bed capacity of more than 750 in 177,000 square meters (1.9 million square feet) of indoor space. With another block still under construction, the hospital's bed capacity will increase by 350 once it is complete.

The city hospital – the fourth in Istanbul – also features 385 seismic isolators to allow it to operate during earthquakes.

The addition of Göztepe City Hospital to Turkey’s vast health care network – the country’s biggest weapon in the fight against the coronavirus pandemic – coincided with a day when COVID-19 recoveries exceeded the quarter-million mark.

According to the Health Ministry, the total number of coronavirus recoveries in Turkey reached 250,092 as of Saturday, with 984 new patients declared free of the virus.

The ministry also said the virus death toll had reached 6,620 with 56 new fatalities, while 1,673 new infections were detected in 99,497 tests carried out the previous day.

Speaking at the inauguration, Erdoğan said the decision to name the hospital after late professor Yalçın was made to honor his contributions to the development of medicine in Turkey.

“We have tried to show our respect to our late doctor, who we lost four years ago, by naming the hospital after him,” Erdoğan said.

The president said the hospital was the latest addition to Turkey’s vast health care network that saw the country through the worst of the coronavirus outbreak with minimal losses.

“The importance of Turkey’s investments and moves in the health care sector has been highlighted during the coronavirus outbreak. The outbreak also highlighted the severe problems in other nations, which some in our country hold in such high regard,” Erdoğan said, referring to several European countries, as well as the United States, which saw its hospitals overrun during the height of the outbreak.

Also speaking at the ceremony, Health Minister Fahrettin Koca said Turkey has stepped into a new age in health care.

Calling the coronavirus pandemic still the first topic on the world’s agenda, he thanked health workers for their continuous efforts.

The minister also used the occasion to remind citizens that the virus still poses a risk.

“Crowds that ignore social distancing, every mask that is not worn, every precaution foregone not only hurts a single person but dozens,” Koca said, adding that easing on measures made the fight with the outbreak even harder.