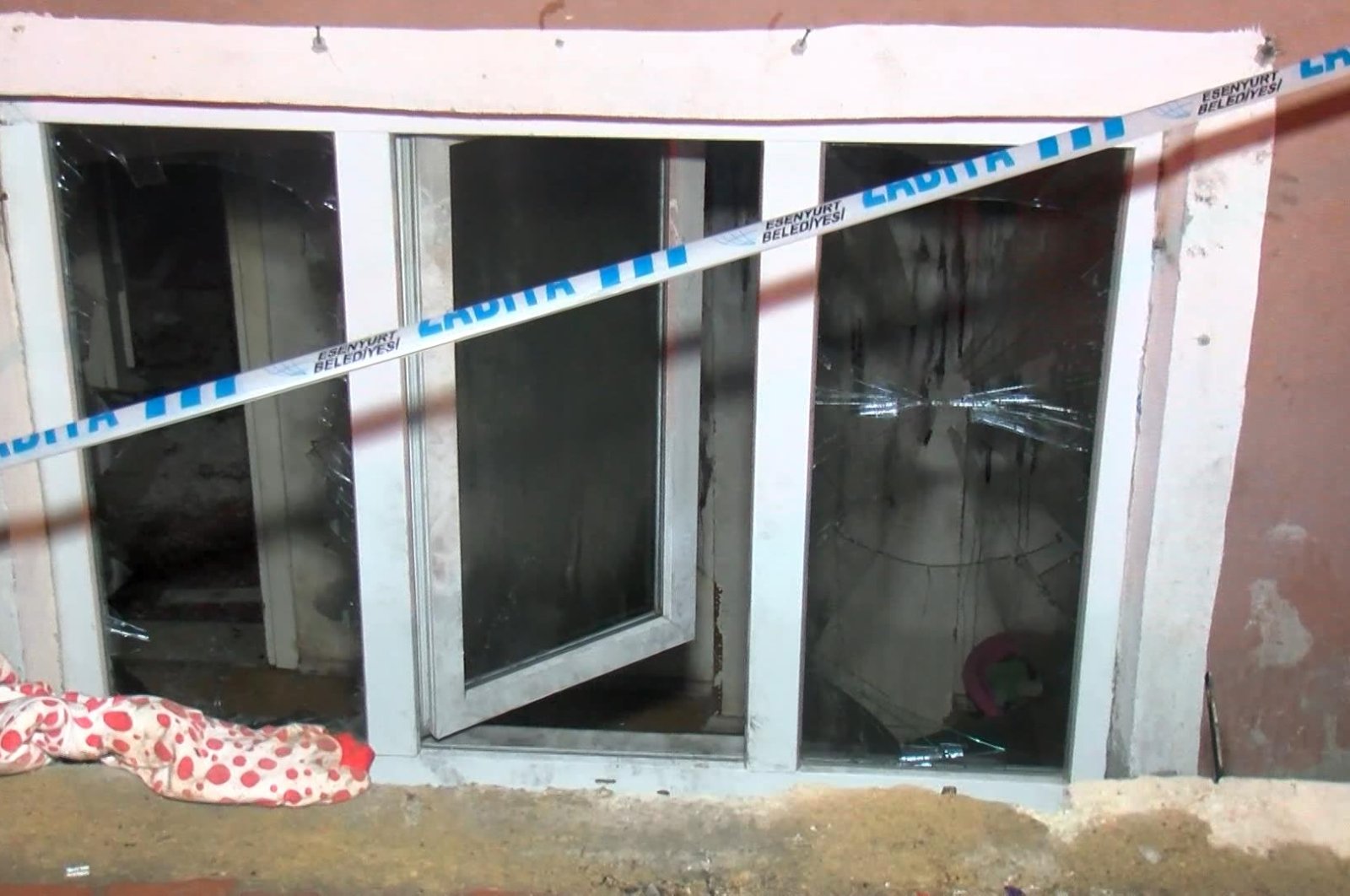 Four siblings died when a fire gutted a basement-floor flat in the Esenyurt district of Istanbul early Tuesday. The victims were between the ages of 1 and 9. Media outlets reported that a Syrian family of six was living in the flat. The mother fled the flat at the last minute and saved her 2-year-old son. Both were injured and have been hospitalized.

The Istanbul Governorate said in a written statement that the fire broke out in a five-story building in Esenyurt's Üçevler neighborhood around 2:50 a.m. and firefighters and health care crews were immediately deployed to the scene. "The fire was extinguished, but four children lost their lives. An investigation has been launched into the incident," the statement said.

Serkan Demir, a neighbor, told Demirören News Agency (DHA) that the fire was caused when an electric heater fell to the floor. "They have been living here for the past two years. The mother was a factory worker, and her husband was in prison," Demir said. Another neighbor said there was a large amount of smoke coming out from the flat, and they could not get in to save the family.

Esenyurt, a flourishing suburb of Istanbul, hosts a large population of migrants and refugees, including Syrians.

According to statistics by the Istanbul Fire Department, Esenyurt often has the largest number of fires on Istanbul's European side. The latest statistics from the first four months of 2021 show 420 fires broke out in the district and last year, it had 1,239 fires, most on the European side.