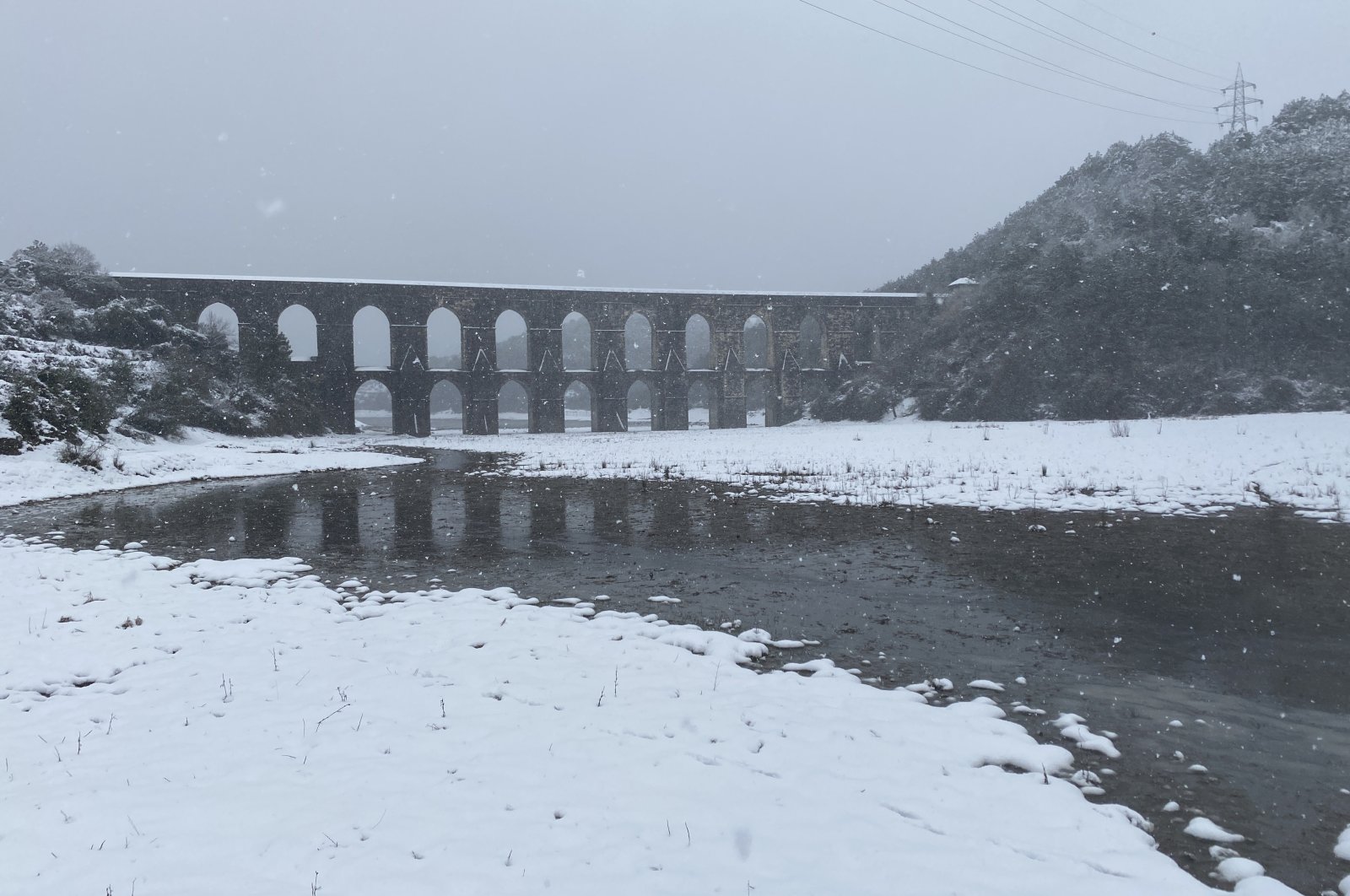 At a time of feared drought, this week brought good news for Turkey’s most crowded metropolis, Istanbul. Water levels in the dams supplying the city are now almost half full, after weeks of scary sights of parched land emerging in dried-up parts of the dams. As of Friday, the water volume in the dams reached 427 million cubic meters (15.08 billion cubic feet), thanks to days of snowfall.

The data by the Istanbul Water and Sewage Administration (ISKI) of the municipality shows a dramatic rise in levels, from only 19.1% on Jan. 8 to an average of 49.1%. This is only the beginning as it is expected that the levels will go higher when the snow, still visible in some parts of the city, starts melting and mixes with underground waters.

The city has been gripped by sporadic and dense snowfall since late Saturday. Though it was predicted to end early Thursday, it continued even until Friday for some districts like Beylikdüzü on the European side.

The highest water level was at Kazandere Dam, at 62.4%. The city relies on dams and large ponds for water for more than 15 million people. Overall, these places have the capacity of accumulating water up to 868.6 million cubic meters. Currently, it has around 427 million cubic meters. Though the recent surge in precipitation is a relief for the city, water levels are still the third worst in the past 15 years. On Feb. 19, 2006, for instance, water levels were at more than 98%. Two years ago, they were at 91.5%.

Nevertheless, some experts still point to a grim outlook on the water needs of the city. Professor Hüseyin Toros, a meteorology expert from Istanbul Technical University (ITÜ), says that at the current levels, the water in the dams would only last for 256 days. Still, he says the recent precipitation was unprecedented and will help alleviate water woes.

Speaking to Hürriyet newspaper Thursday, Toros said melting snow will drive water levels above 50%. However, he warns that having enough water, for now, does not mean the city will not be subject to dry periods in the future. He highlighted the need to save water and use it efficiently. “We still need the precipitation. The worst that can happen is another dry period. If the water levels drop to around 20% in May, it will definitely ring alarm bells for Istanbul and it will run out of water in the summer if this happens,” he warned.

Assistant professor Güven Özdemir, another meteorology expert from Istanbul Aydın University, said new practices are needed to save water. “Wastewater should be collected and recycled. We need green buildings that can use recycled water and collect rainwater rather than dumping them via pipes,” he told Demirören News Agency (DHA) Friday. “Istanbul needs more than 3 million cubic meters of water every day.