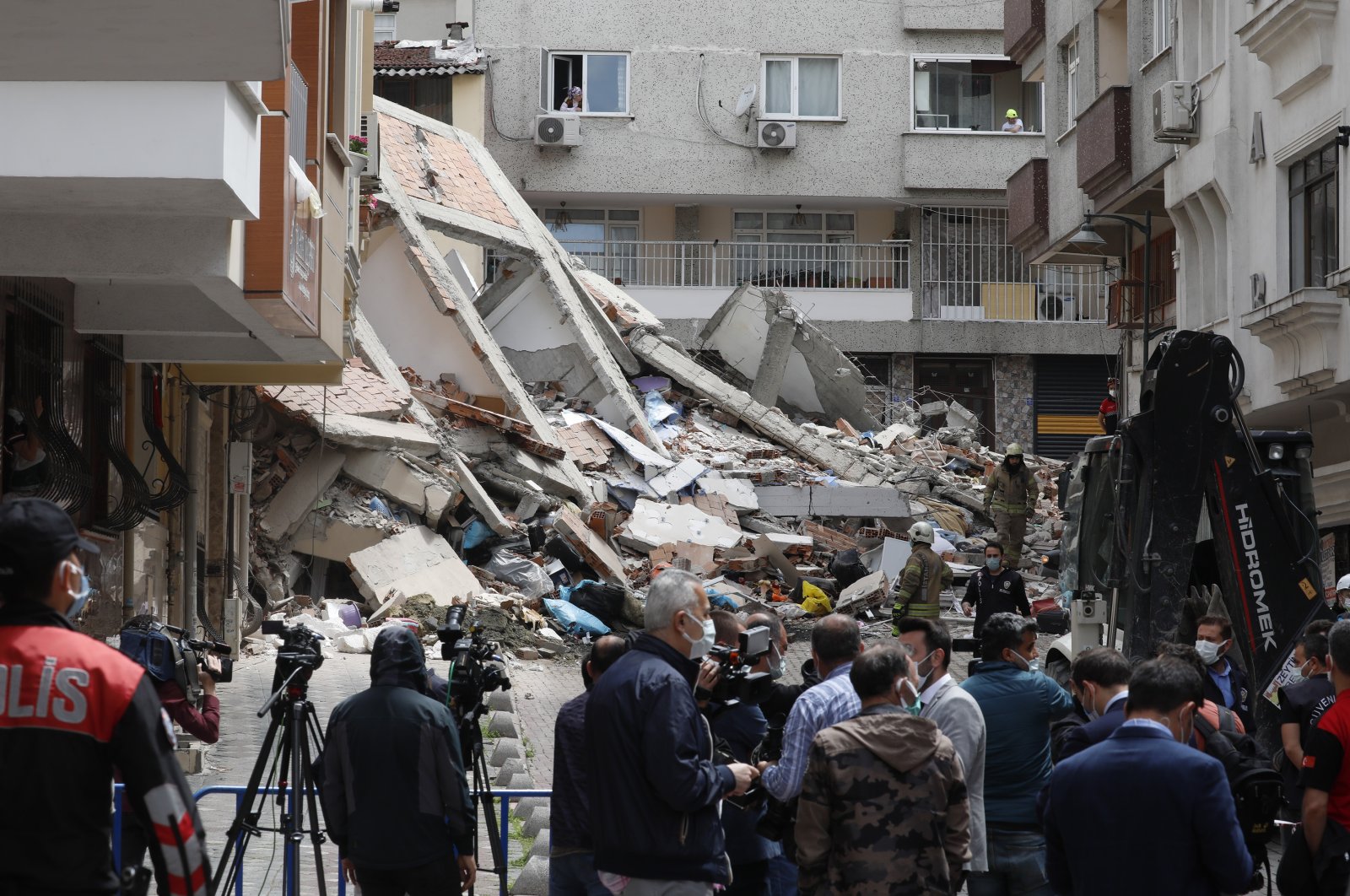 A five-story residential building collapsed in Istanbul’s Zeytinburnu district Thursday morning, some 11 hours after residents evacuated it on their own upon hearing “cracks.” No casualties were reported while authorities evacuated four other buildings in the vicinity as a precaution.

The collapse has renewed concerns over building safety in the city, which remains under a constant threat of earthquakes.

Search and rescue crews were deployed to the site while police sealed off the perimeter. A bigger catastrophe was averted as a busy open-air marketplace where vendors hawk their products every Thursday was closed due to an ongoing COVID-19 lockdown.

Özkan Şener, who owns a bicycle shop on the first floor of the building, told reporters that it was him who notified others about an imminent collapse. Şener told Demirören News Agency (DHA) that he started hearing cracks from the building, some half an hour before he rushed to warn residents. “I think Wednesday's (4.2 magnitude) earthquake in Çanakkale (some 310 kilometers, or 190 miles, southwest of Zeytinburnu) might have worsened it. The building was not very sturdy. There are five flats, and only three were occupied. I knocked on their doors and told them to leave if they want to live,” he said. Şener said he and others checked the exterior and saw cracks on the walls. He said there were some 20 people in the building before evacuation.

The Istanbul Governorate said in a statement that the building was constructed in 1995 (four years before a major earthquake that hit northwestern Turkey forced an overhaul of building regulations) and had no building permit.

“I thought it was an earthquake,” Onur Ayvaz, a resident of a neighboring building told Anadolu Agency (AA) Thursday. Ayvaz said he was sleeping when he heard the noise. “I think it hit our house while collapsing. I was so scared and ran downstairs. When I went out, there was dust everywhere,” he said. Aslan Türkmen, an eyewitness, said everywhere “went dark” when the building collapsed. Türkmen, who lives across the street, said it was an old building and was likely not built on stable ground. Türkmen said some people had already left the building fearing their safety.

“This is Istanbul’s most critical problem,” city’s mayor Ekrem İmamoğlu said as he visited the site of the collapse with other officials. “There are nearly 200,000 risky buildings in the city and they need to be transformed. We hope we find a solution to this problem before something (more) serious happens,” he told reporters.

Twenty-one people were killed when an eight-story building collapsed in Kartal, on Istanbul's Asian side, in February 2019. There an investigation revealed that the cause of the collapse was unsafe construction material and illegal additions to the building.