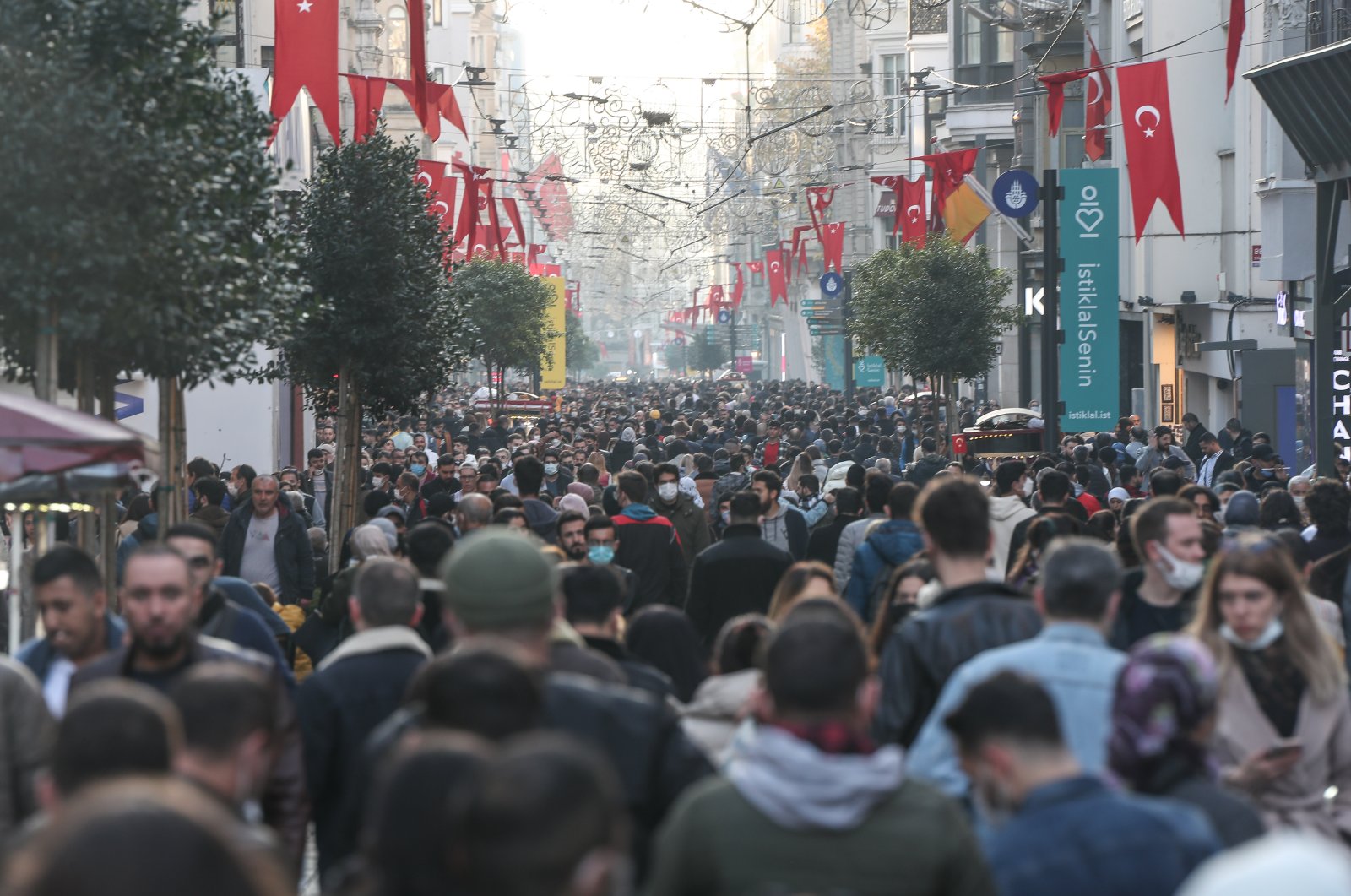 The number of COVID-19 cases in Istanbul increased fivefold due to the omicron variant of the coronavirus, with the rest of the country currently not displaying this trend, Health Minister Fahrettin Koca said Friday.

The number of daily cases on average in Istanbul was 4,000 last week, whereas this week it rose to 20,500, Koca said in an interview with Habertürk daily.

"Normally, Istanbul accounts for one in five of Turkey's population. However, more than half of all cases are in Istanbul, with 52% of all cases detected in the city. We can literally say (that) Istanbul exploded," Koca reportedly said.

The health minister attributed the steep increase in Istanbul, Turkey's gateway to the world, to the omicron variant, which was detected in South Africa in late December and quickly spread to most of the world, causing a fifth wave of infections in Europe, the U.S. and elsewhere.

If the increase in positive cases had taken place throughout Turkey, we would be talking about 100,000 cases per day, Koca added. On Thursday, the country's daily COVID-19 cases rose to 39,681, the highest number since April.

The health minister said the only relief is that the increase in cases does not lead to hospitalizations, intensive care treatments and deaths on the same ratio. He urged risk groups, such as citizens aged 60 or above and those with permanent diseases to be much more careful.

"Deaths in vaccinated patients are much much lower. Vaccines are still our biggest trump card," Koca said. The country recently deployed the domestically-developed inactive vaccine Turkovac in its fight against coronavirus.