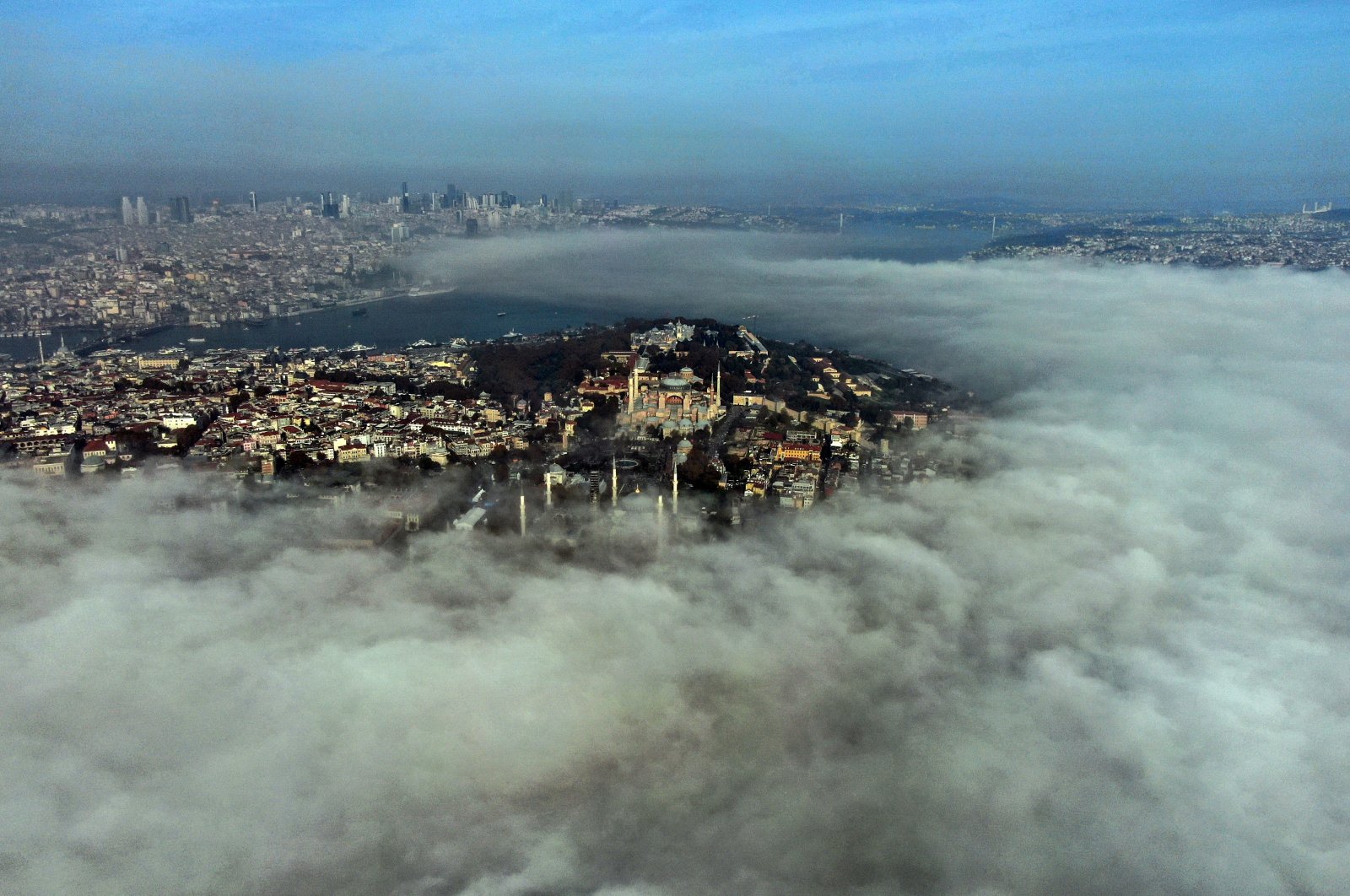 The dense fog that enveloped Istanbul over the weekend continues to stall daily life in Turkey’s most populated city, although it appears to be gradually clearing up.

The present weather condition, an opportunity for photographers to take unique pictures of the city under fog, turned out to be stressful for drivers. In the early hours of Monday and during rush hour, the fog led to traffic snarls in the city's main roads, with visibility falling below 1 meter (3.2 feet) in some spots. The fog was more visible from higher ground.

On the Asian side, the July 15 Martyrs’ Bridge and Fatih Sultan Mehmet Bridge, the Maltepe and Kartal sections of the D-100 highway saw heavy traffic jams, while traffic on the European side extended from the Bahçelievler district to the Golden Horn, stalling traffic on both sides. Fearing traffic, some drivers opted for mass transit, which led to overcrowding at metro and metrobus stations.

Dense fog disrupted other means of transportation over the weekend, including some ferry services between Istanbul and other cities, suspending their operations. A passenger ferry operating between the city’s European and Asian sides narrowly escaped collision with a passenger boat. Some flights were also delayed at Sabiha Gökçen Airport.

Professor Engin Tutkun, head of Industrial Toxicology Association, says the fog is actually “smog,” a type of fog or haze aggravated by smoke and pollutants in the air. Speaking to Demirören News Agency (DHA) on Monday, Tutkun warned that the current weather is risky for people suffering from chronic respiratory illnesses. “Although this is a weather phenomenon, it causes countless health problems when combined with air pollution,” he said.

Tutkun said smog could be more dangerous amid the coronavirus pandemic, as the deadly disease affects lungs and respiration the most. “We need efficient measures as there may be an extra burden on health care because the smog can speed up the incidence rate of COVID-19,” he said.

He urged people with chronic illnesses sensitive to such weather conditions not to go out and healthy people to avoid exercising outdoors in the smog.