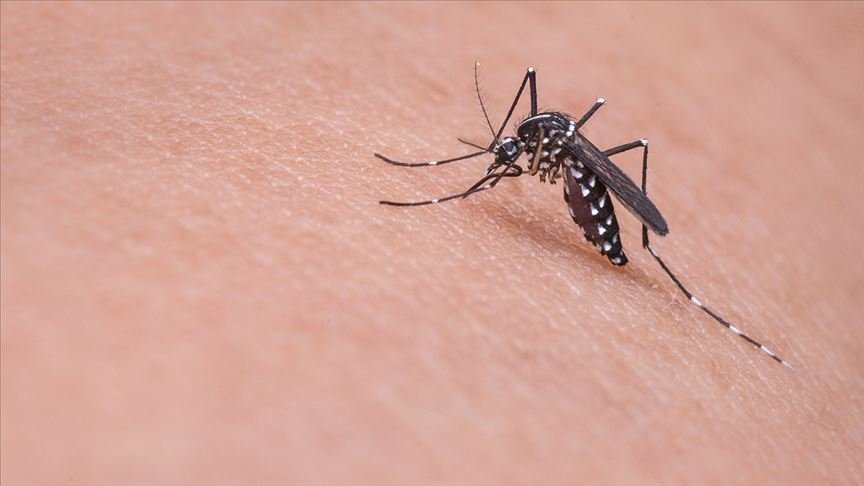 Istanbul has its fair share of mosquitoes every summer, but in recent years, a new breed has started appearing in the city. The Asian tiger mosquito is more persistent than its relatives and can bite through clothes, unlike regular mosquitoes.

Experts also warn that it serves as a carrier of infectious diseases such as dengue, yellow fever, Zika virus, chikungunya and West Nile virus. The least it does is trigger an allergic reaction and constant itching.

The first sighting of the mosquito native to Southeast Asia occurred in Ipsala, a town near the border with Greece, some 250 kilometers (155 miles) west of Istanbul, 10 years ago. In the past five years, it became more prevalent in Istanbul. Associate professor Kerem Öter, a parasitology expert at Istanbul University, said there has been a “boom” in their population in 2020 and this year. He says the mosquito can be eliminated by draining swamps, their breeding grounds, while the general public can protect themselves by installing fly screens at their residences.

Öter told Anadolu Agency (AA) that trees are a favorite breeding ground for the mosquito in the countryside, but in cities, they pick human-made places, especially flowerpots. Outside its habitat in tropical and subtropical areas of Asia, the mosquito was first seen in the 1980s in Albania before it spread across Europe in the following years. Öter said it is not “a good flyer” but it spreads when its eggs are carried away, especially “by used vehicle tires.”

This unusual host actually gives the best conditions for its breeding as tires hold rainwater. “When the used tires set for recycling are sent to other countries, they have an opportunity to expand their habitat,” Öter said. He warned that it was a “very invasive” species, easily adapting to any new environment. “It is able to dominate other mosquito species and upsets the ecological balance,” he added.

Scientists and the Istanbul municipality are mulling over what actions can be taken against the Asian tiger mosquito. Öter says municipalities already use different methods to contain mosquitoes but chemicals used to eradicate them also pose a threat to public health. “The best solution is to use biological material to eradicate them,” he said. He also called the public to be more careful against the mosquito. “Among their favorite breeding ground is water accumulated at the bottom of plates placed under flower pots. You have to empty it whenever you water your plants,” he said.

Öter said the Asian tiger mosquito is one of 16 mosquito species that exist in Istanbul.

Associate professor Necla Birgül Iyison, a molecular biology and genetics expert from Boğaziçi University, warned about the danger to human health posed by Asian tiger mosquitoes. Iyison told AA that the mosquito was also sighted in the Black Sea region in 2017 but Istanbul attracted more, as the city is at the crossroads of marine and air transportation. “The mobility is immense here, from migrants to tourism, and climate change also contributes to their movement,” Iyison said.

Iyison warned locals not to leave water containers in the open without covering them. “They swiftly breed and one mosquito can hatch 50 eggs in one instance at times,” she warned. Iyison said their population is concentrated in 25 locations in Istanbul, including Sarıyer, Kilyos and Beşiktaş.

She said they were currently conducting a study on how to use “biological elements" to combat the mosquitoes, which gain resistance to pesticides over time.