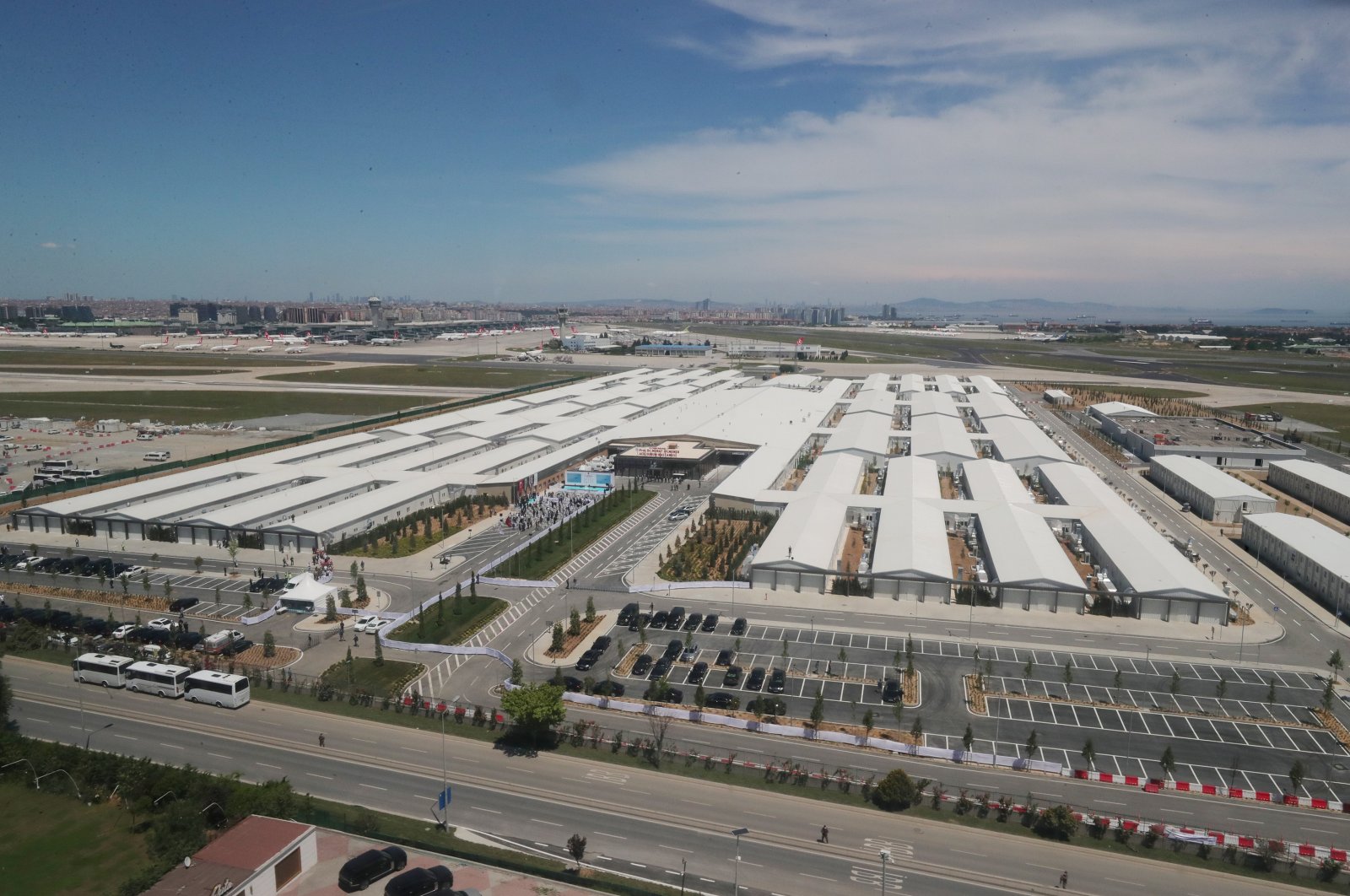 The opening of the two hospitals, one built in Istanbul’s Atatürk Airport from scratch in 45 days and the other a restoration of an Ottoman-era hospital, comes two days after the city welcomed its first pandemic hospital on Friday.

Attending two ceremonies in a row, the president first inaugurated the Professor Murat Dilmener Emergency Hospital, built on the grounds of Atatürk Airport, and then opened the now-restored Dr. İsmail Niyazi Kurtulmuş Hospital in the city’s Hadımköy neighborhood.

Speaking at the opening ceremony, Erdoğan said the latest additions to the country’s vast hospital network were a source of pride.

“Thankfully, we managed to bring the outbreak under control without needing the additional capacities these hospitals will provide,” the president said.

“I believe the hospitals we have completed during an outbreak and in less than two months will be a role model for other nations,” he said.

Also speaking at the ceremony, Health Minister Fahrettin Koca said the pandemic hospitals were a necessity despite the declining number of cases. “Risks have not been negated. The normalization period should not mean holding back in our fight,” the minister said.

The construction of the two hospitals began at the beginning of April and was completed in under two months. Both were named after renowned Turkish health experts who lost their lives to COVID-19.

Built over a total area of 125,000 square meters (1.35 million square feet) with a bed capacity of 1,008 of which 432 are intensive care units (ICU), the Professor Murat Dilmener Emergency Hospital was named to honor the late professor who died on May 3 after contracting the coronavirus.

Born in Istanbul in 1942, Dilmener graduated from Istanbul Cerrahpaşa Medical faculty where he continued to practice and teach long after he graduated. The 78-year-old was called “the teacher of teachers” by the health minister as he unveiled the hospitals’ names.

Istanbul’s first pandemic hospital that was opened on Friday was also named after late professor Dr. Feriha Öz, who lost her life to COVID-19 as well.

The second hospital inaugurated on Sunday, İsmail Niyazi Kurtulmuş, is much smaller compared to the two others and was restored from a century-old Ottoman-era hospital, instead of being built from the ground up.

With a total bed capacity of 101, the hospital was named after the renowned doctor who passed away in 1986, who is also the father of politician Numan Kurtulmuş, the deputy chairman of the Justice and Development Party (AK Party).