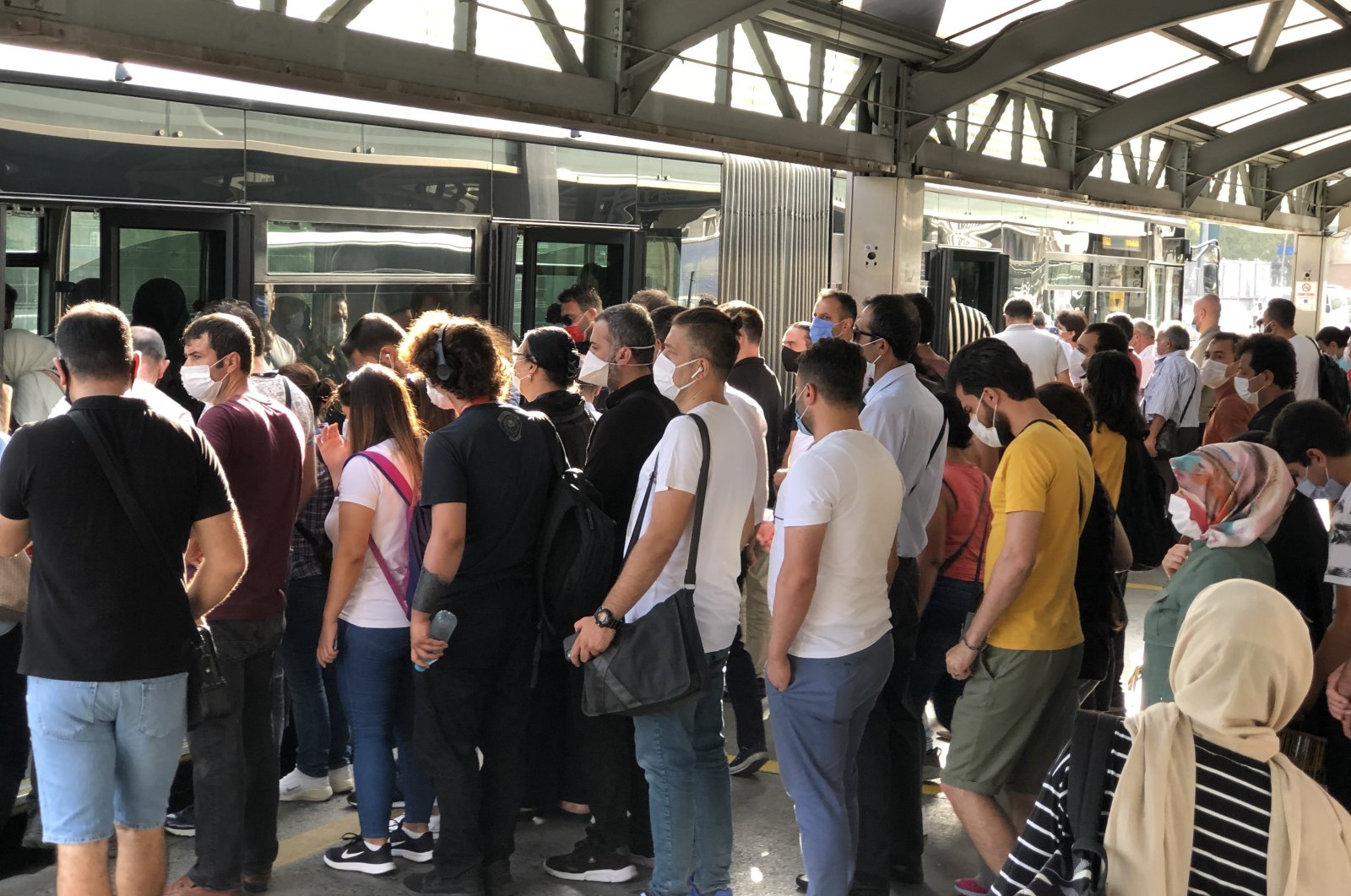 Istanbul Gov. Ali Yerlikaya on Friday introduced alternate working hours for public servants in a bid to halt a resurgence in coronavirus cases by reducing crowds on mass transit vehicles during rush hour.

He also said health workers at public hospitals would work from 8:30 a.m. to 4:30 p.m., while police, gendarmerie and coast guard officers will have their shifts start at 7 a.m.

Regarding the private sector, Yerlikaya said all government agencies and related parties agreed on alternate working hours in the private sector as well and that an announcement will be made once the details are finalized.

Meanwhile, as Turkey prepares to partially open schools for kindergarten and first-grade students, Yerlikaya said classes would start with a 30-minute delay at 9:30 a.m.

The decision in Istanbul followed a similar move by the capital Ankara’s governorate last week, which introduced new working hours for public sector agencies last week to prevent clusters of employees from being in the office at the same time.

The alternate working hours began to be considered after mass transit use increased following Turkey's normalization process which kicked off in June.

According to Mustafa Ilıcalı, the head of the Mass Transportation Scientific Advisory Board of Istanbul’s governorate, private sector employees constitute 60% of all mass transit use in Turkey’s most populous city.

“The number of passengers dropped to hundreds of thousands from millions in the early months of the pandemic, but they rose again after normalization,” Ilıcalı remarked.

“Mass transportation capacity is inadequate, especially during peak hours. We have to reduce demand. We see some 500,000 people take the metrobus daily, for instance,” Ilıcalı said to Demirören News Agency (DHA) on Monday.

Previous precautions taken by the government include a recent order to limit the number of standing passengers in mass transit vehicles in a bid to reduce crowding.