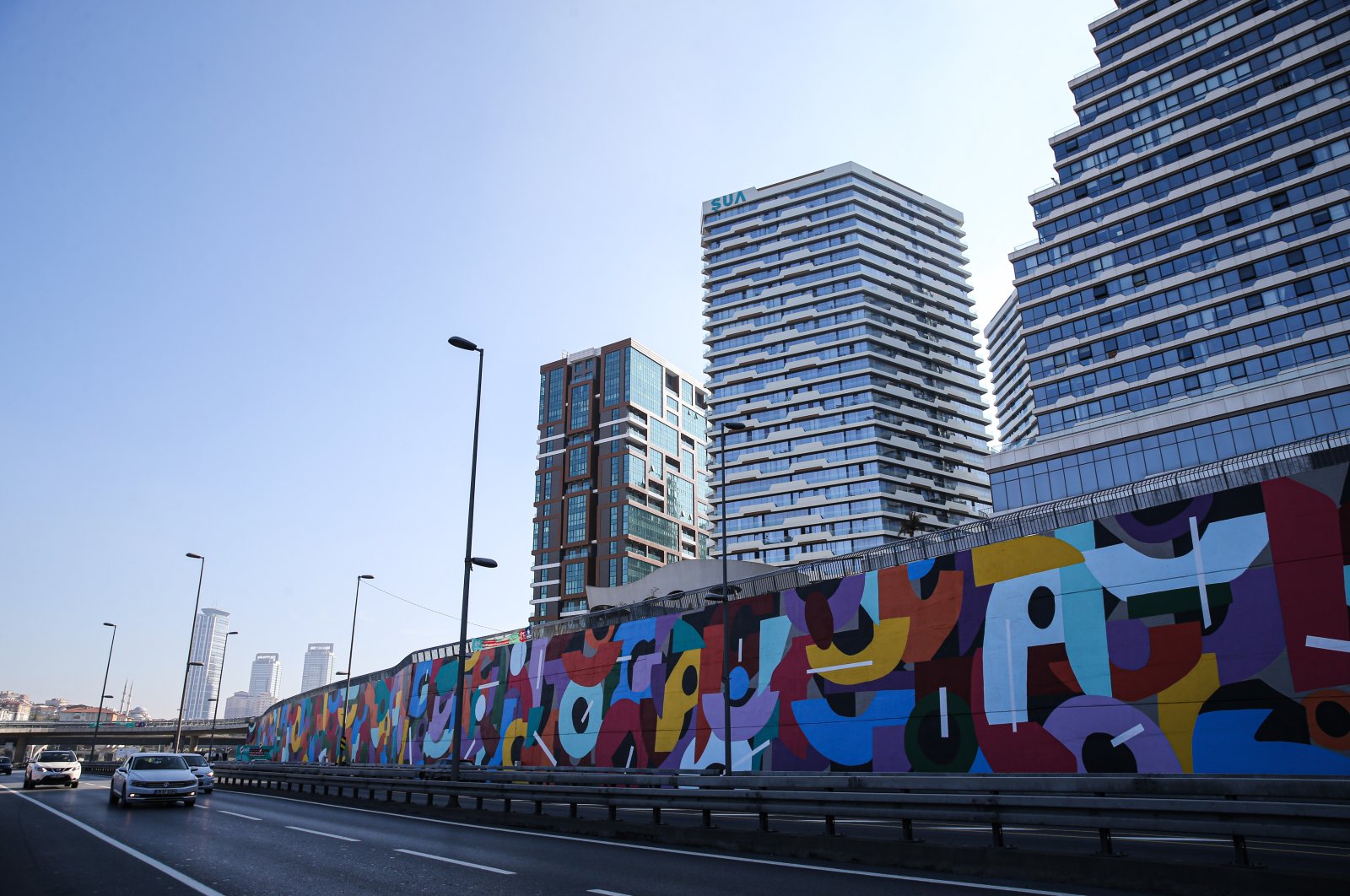 The vertical gardens, which have long adorned roadside walls across Istanbul, are being removed by the city’s municipality.

The municipality has defended the move, citing the high cost of the gardens' maintenance, but opponents say the foliage served the environment well.

In their place, the municipality has launched its “Talking Walls” project, which essentially involves replacing gardens with graffiti.

Professor Mehmet Emin Birpınar, deputy minister for the environment and urban development, was among critics of the move, tweeting that the Istanbul Metropolitan Municipality (IBB) was presenting “a painted, ugly alternative” to Istanbulites, in lieu of green spaces.

Birpınar said: “They could at least replace them with a noise barrier. This would be more environmentally-friendly and functional,” accompanying a photo of noise barriers installed by the Ümraniye Municipality of Istanbul.

Hilmi Türkmen, mayor of the city’s Üsküdar district, also slammed the move. “The plants were there not just for landscape. They were built based on a scientific approach, to absorb the noise of traffic and pollution from exhaust pipes. Now they will be replaced with chemical paint. I ask the public to decide on the matter,” he tweeted.

“It is expensive to renew the foliage and these old supports. We will relieve Istanbul of this burden and transform the walls around highways into art while increasing the number of green spaces,” he said in his social media account.

In a written statement, the municipality said graffiti walls would be funded by sponsors and would be composed of “abstract expressions highlighting Istanbul's energy.”

“These compositions are inspired by the colors of nature and will be redesigned to manifest concepts of unity, home, peace, youth, sharing and respect,” the statement said.