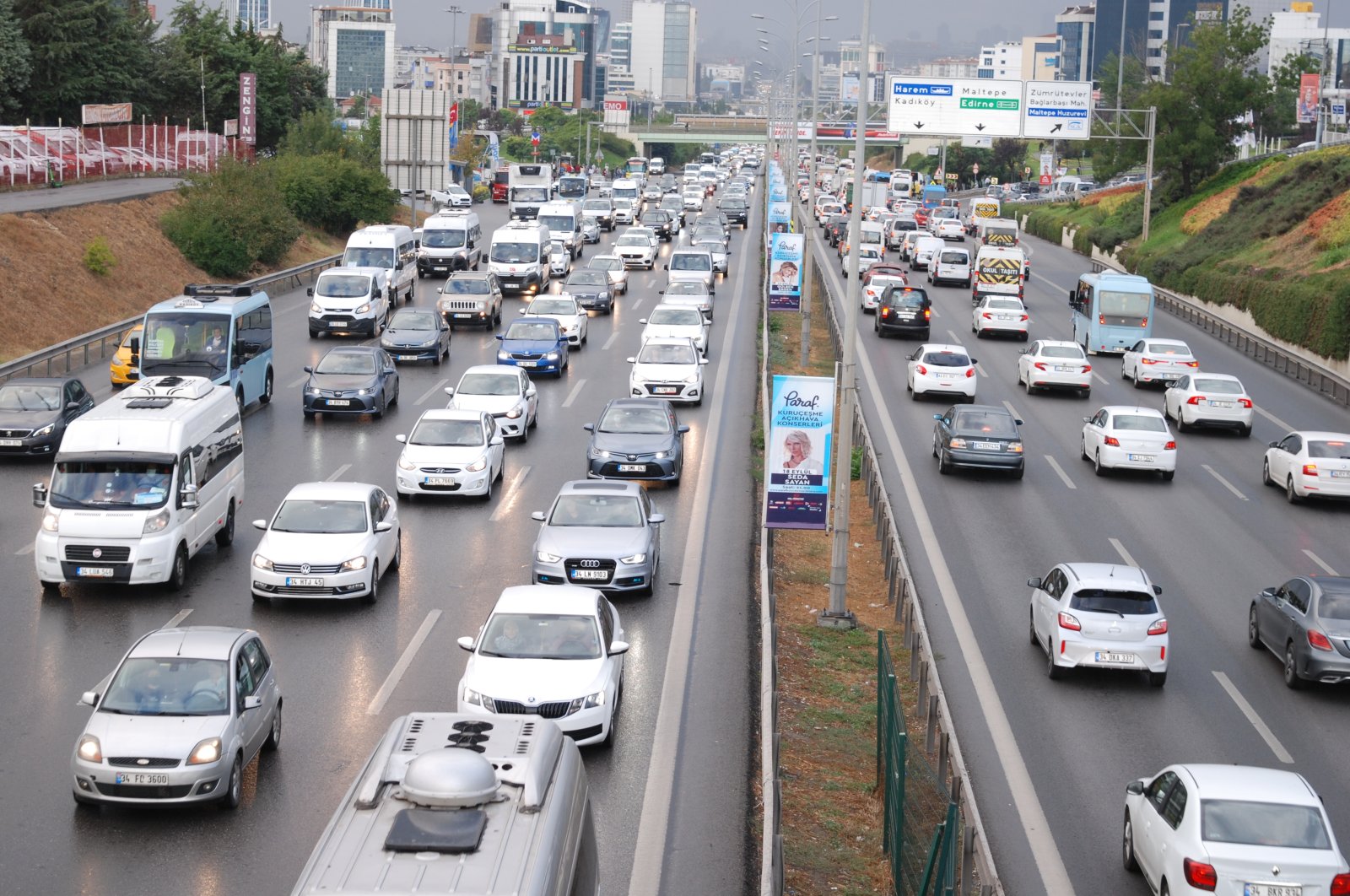 The start of the new school year adds to the woes of motorists on Istanbul’s clogged streets, with traffic jams even more prevalent since Monday in Turkey’s most crowded city

The most exhausting thing about Istanbul, a popular destination for millions of tourists, could be its never-ending traffic snarls, especially during rush hours. In Turkey's most crowded city with a population of 15 million, daily commuters spend six days a month in traffic. The situation was aggravated this week with the reopening of schools for in-person education. Some 3 million students and 200,000 teachers are now part of the traffic, which was already gradually worsening with the lifting of coronavirus-related restrictions.

Since Monday, traffic levels on main roads have fluctuated between at least 60% and 70% density, to the frustration of thousands of commuters, who, at times, spend at least two hours on the road. Roads around schools are particularly prone to gridlock, with some 20,000 school buses – minibuses, rather – hitting the roads after a long break. Add parents dropping their children off to schools in their private vehicles to the equation and the result is traffic jams that almost continue through the evening.

Traffic jams are nothing new for the city, which often ranks high among cities in the world in terms of traffic. An ever-growing population, which decreased only slightly last year, make them more frustrating year by year.

Professor Mustafa Ilıcalı, who heads the Center for Transportation Systems at Istanbul Ticaret University, said he had been sounding the alarm about the traffic problem since the pandemic emerged in 2020 in the country. Ilıcalı noted that more people opted to travel in private vehicles instead of mass transit during the pandemic and some 350,000 vehicles entered traffic every day. “With schools opened, we have seen an abnormal rise in both private vehicle traffic and mass transit traffic. Now, this (problem) has become a priority that needs to be resolved for Istanbul,” he told Anadolu Agency (AA).

Ilıcalı called on Istanbul Metropolitan Municipality (IBB) to take immediate measures against the problem, including designating a lane exclusively for buses on multiple-lane roads, boosting means of maritime transportation and getting more people to use taxis.

“These won’t be sufficient, though. There are other problems like geometrically faulty roads and intersections. They should be fixed. If we don’t do these now, the traffic will entirely came to a halt after universities reopen,” he warned. The city hosts at least 30% of the country's universities and over a million university students, according to Istanbul Governorate. “Worse days are ahead. We live in a city of (about) 16 million people and visited by 15 million tourists every year. With more people coming, it needs emergency measures to resolve the traffic problem,” he warned. Ilıcalı noted that traffic levels rose 50% in just half an hour in some parts of the city on Monday, the first day of the school year, and making mass transit free on that day did not help.

School buses may be a factor in worsening traffic, though Zeynep Kayatekin disagrees. Kayatekin, who accompanied her child to a school in the city’s Zeytinburnu district, says traffic becomes denser when all parents drop their kids to school in their own cars. “I think parents living far from schools should prefer school buses than their cars,” she says.

Fatma Akyol faces another problem: the lack of school buses at her son's school. “We don’t have school buses yet so I took my son to school with passenger minibuses,” she says. This means traveling for about an hour, when it normally takes 15 minutes to travel the same distance without traffic. “We need more minibuses and fewer private vehicles,” she says. Akyol also complains about the low number of passenger buses passing by her neighborhood in Zeytinburnu. “You have to wait for at least 25 minutes.”

Serkan Sadal, the father of another student who takes a minibus to school every day, says school buses should have a designated lane so they don't mingle with other cars, and that may ease the traffic. Sadık Öner, who drives a school bus, says it was only natural that the traffic would increase when schools opened but it was worse and more dangerous, especially outside schools. “The number of people in and around schools sometimes exceeds 1,500 people at the start and end of classes if you add parents and students to this number. Every school has at least five school buses and this number is higher in larger schools. We are forced to drive through crowds to reach the schools and this is a problem for traffic safety,” he says.