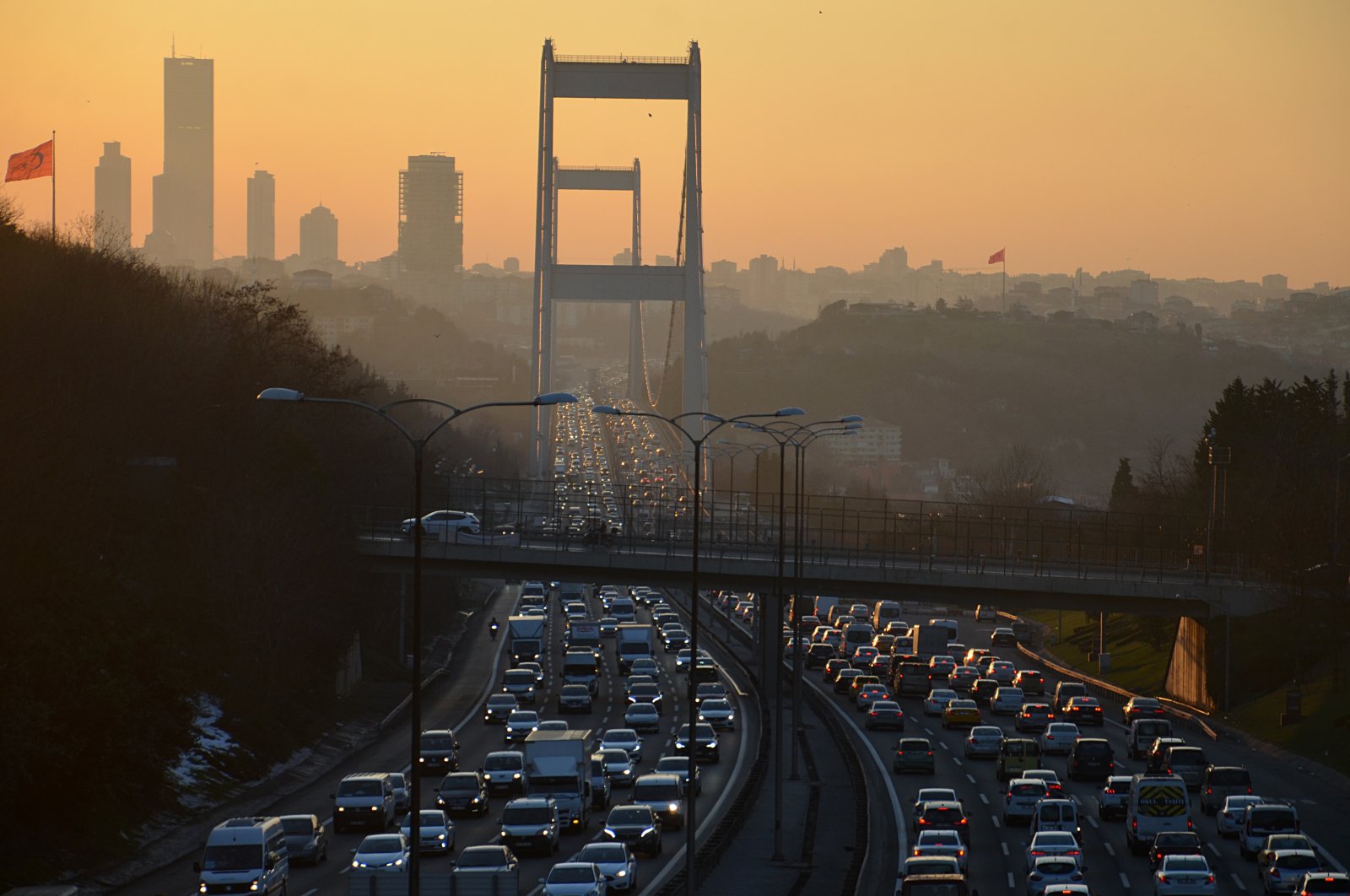 For a while, the coronavirus outbreak was almost a blessing for Istanbul’s notorious traffic. When the curfews were imposed and people started heading to resort towns in the south last summer, streets were almost deserted. Almost one year on, the nightmare is back for millions of motorists. Motorists are now also to blame for traffic jams making a comeback.

“Peak hours” or rush hours when the highest number of people hit the road and slow down the traffic in bottlenecks have almost been extended to the whole day. The situation has been particularly bad in the last two weeks. Experts link the gridlock to two main factors: fewer people opting for mass transit out of fear of coronavirus infections and a change in working hours, another result of the pandemic.

Traffic is easier to navigate at noon and before the evening but is still far from the good old days when travel in the seemingly small but densely populated city would not take that much time. During the peak hours, the speed of vehicles drops to 10 kilometers per hour, especially in the E-5 and TransEuropean Motorway (TEM), two highways that stretch through the European and Asian sides of the city of more than 15 million people. Add this to the traffic from connecting roads and bridges, and it is much more difficult to commute in time or to go out for sightseeing. According to a report in Milliyet newspaper, covering the distance of 5.8 kilometers (3.6 miles) from Beşiktaş on the European side to Beylerbeyi on the Asian side took 32 minutes, at the peak of rush hour, shortly after 8 p.m.

Utku Cihan, head of the Department of Transportation at Istanbul Metropolitan Municipality (IBB), said the traffic mostly stems from shifts in people’s driving habits. “People choose to drive rather than using mass transit because of the pandemic. Car sales, the number of cars increased during the pandemic,” he told Demirören News Agency (DHA) on Tuesday.

Night-time curfews during weekdays that start at 9 p.m. are also responsible for traffic jams, according to Cihan. Although authorities repeatedly warn people to head home hours before the start of the curfew to prevent traffic snarls, this is not the case most of the time. “This time, we see people who had things to do between 10 p.m. and 11 p.m. hitting the road earlier, before the start of the curfew. It increased traffic very much,” Cihan said. Some companies and the public sector implemented a new working model, allowing employees to start work early and leave early, usually before 5 p.m. But most commuters still work in sectors without that work model. “The traffic will be much better if only we can prevent everyone from commuting at the same time,” Cihan said.

The average traffic level was around 38% in the first days of the pandemic, after March 2020 and it decreased further. But Cihan said that traffic levels have been back to above 42% outside rush hours and above 80% during rush hours over the past 90 days.

Istanbul’s population shrank for the first time last year, but it still remains the most densely populated city in the country. New roads and additional mass transit routes were built in the past decade to address the needs of the increasing population, but an increase in the number of vehicles has prolonged the city’s chronic traffic problem.

The city’s population continues to swell, particularly in the suburbs, sprawling more and more to the remote parts on the Asian and European sides. Bottlenecks are usually in places heading to and from those suburbs. Still, new housing developments, promising “just walking distance” to major routes for commuters continue rising all across the city. Istanbul has significantly extended its metro lines and metrobus, an exclusive-lane bus service that shortens travel times between the two sides of the city. Metrobuses, which once raised concerns for a high number of passengers, now operate more frequently to prevent crowding, but the infection fears are apparently enough for anyone who can afford it to ditch mass transit.