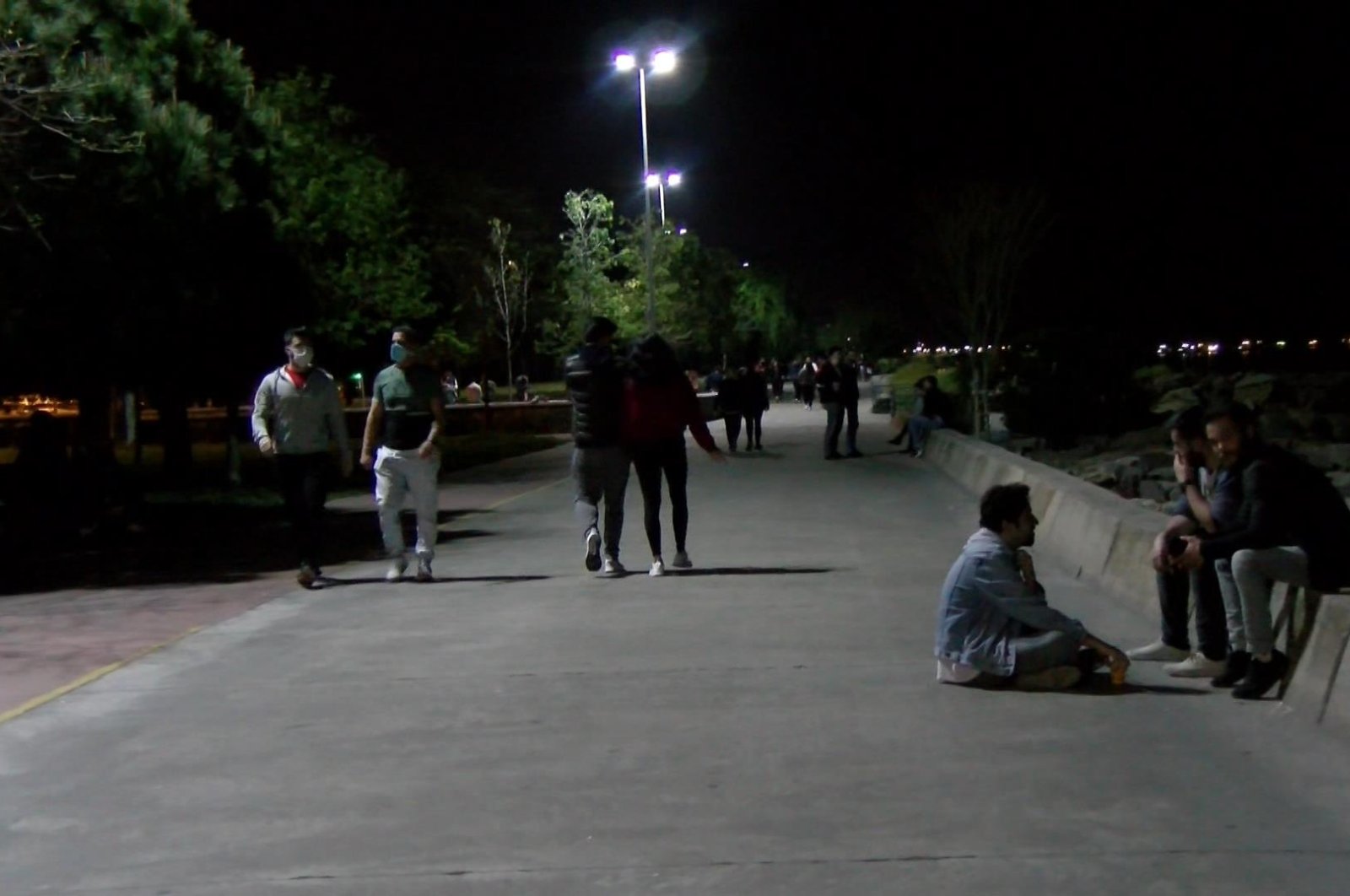 Many citizens were seen picnicking and strolling along the seaside in Istanbul’s Kartal district despite prohibitions imposed by the government to curb the spread of the COVID-19 outbreak.

As outdoor temperatures started to warm up, people flocked to the coast of Kartal, located on the Asian side of Istanbul, despite the ban. Some of the rule-breakers wore masks, while numerous were seen without having protective attire. Peddlers also mobilized to sell their products.

Şahin Dinç, walking on the seaside, told Demirören News Agency (DHA) that he is overwhelmed at home and went out “to breathe.”

“We have nothing else to do,” he added.

Asked whether he is afraid of catching the coronavirus, Dinç asserted, “That period is over, and now there is higher risk of infection inside home.” He went on to say, “There is clean air outside. At home, you are afraid of infecting your family.”

Reminded of the bans, Dinç acknowledged that he knew about it but said, “there is nothing to do.”

A peddler selling tea also said that people are in a “difficult condition,” defending people’s actions and adding, “This is the way to earn my livelihood.”

Last week, Health Minister Fahrettin Koca and experts from the country’s Coronavirus Science Board issued fresh warnings to citizens to not let their guards down against the COVID-19 pandemic after photos of heavy traffic jams and flocks of pedestrians were sighted across Turkey’s busiest cities. The minister issued his warning as he shared a photo of gridlock taken in Istanbul’s historic Eminönü district on Thursday.

“Eminönü appears to have gone back to the days before the outbreak. Even with the traffic. Let’s not rush things as the outbreak crisis is improving. A car might be safe. Until you open the door and step outside,” the minister wrote.

As Ankara announced plans to return to normal life with the coronavirus outbreak seemingly under control, an increasing number of citizens were seen leaving their homes, where they have spent much of the past two months, when the country announced its first confirmed case on March 10.

During rush hour, traffic in the country’s most populous city Istanbul reached as high as 60% capacity the past few days, according to Istanbul Metropolitan Municipality data.

Traffic jams were not only on the streets, however, as grocery stores, once almost empty as people turned to online shopping during the outbreak, had difficulty coping with the increasing influx of walk-in customers. Scenes of long queues in front of markets became increasingly common across the country, with the Interior Ministry ordering a limit on customers inside the stores to halt the spread of the virus.