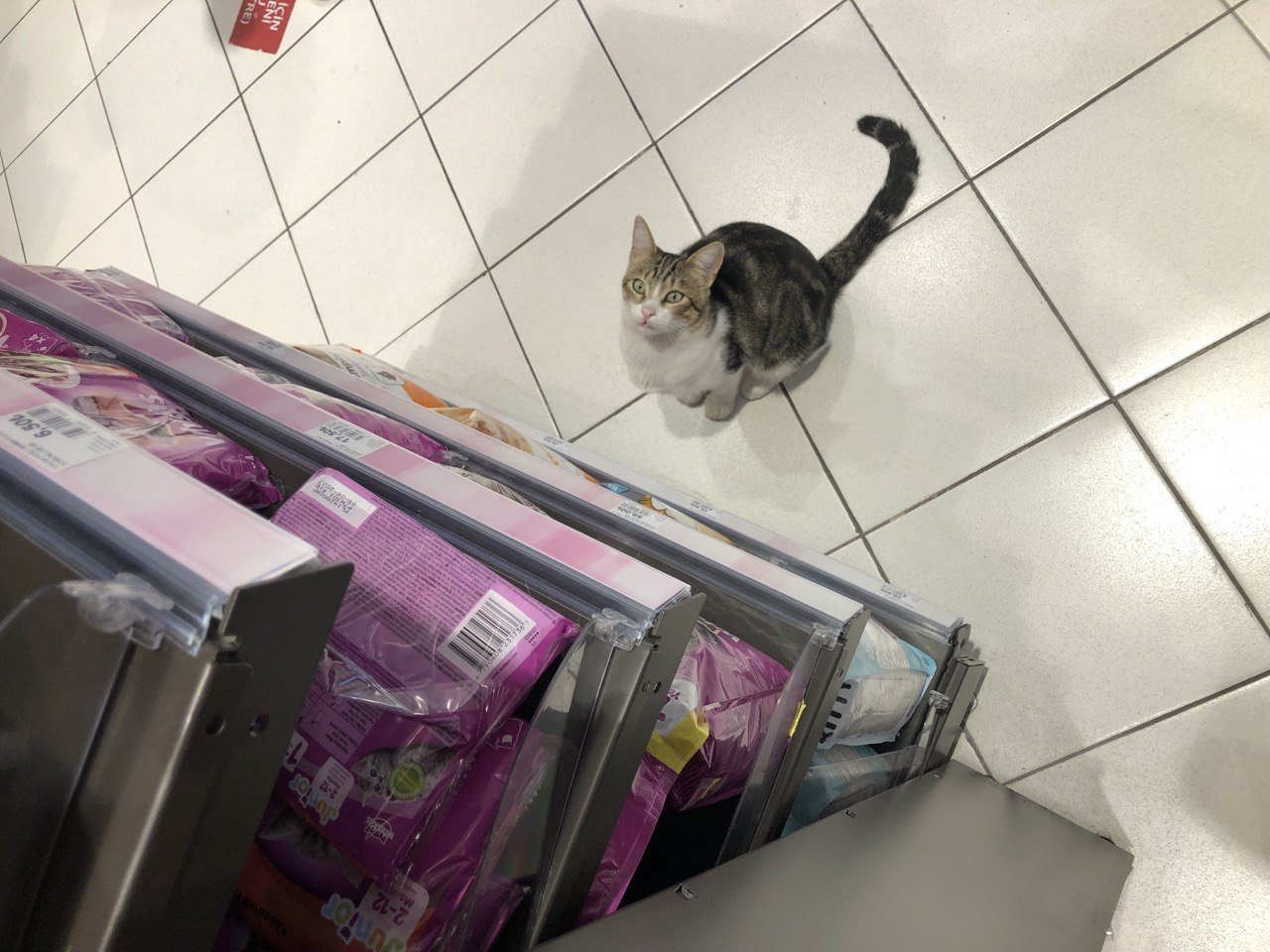 The "beggar cat" that stalks the pet food aisle of a market in Istanbul's Kadıköy has gained social media fame for his Oscar-worthy "hunger" pains, tricking passersby into thinking he is a starving vagrant – in reality, the store's manager says the street cat actually eats 10 meals a day thanks to the feline's clever antics.

The stray, who the store's employees have nicknamed "Nokta," or "Dot" in English, maintains a vigilant daily watch of the pet food aisle.

The clever feline waits for sympathetic shoppers and starts woefully meowing as they draw near. To add to the effect, the furry swindler sometimes raises one foot and pretends to be lame or often "faints" to get less interested customers to buy him food.

In a city famous for its loveable street cats, the character quickly became an online sensation as the "beggar cat" after videos were shared on social media.

Soon after, dozens of customers started visiting the store every day just to see Nokta.

After posting a video he took of the feline on social media, Ozan Göksu said he was surprised when he was suddenly bombarded with comments.

"I actually didn't know that Nokta was this famous. When I shared the video, I got a lot of comments like, 'Nokta does the same to all of us, I also fell into his trap,'" he said.

After learning that the cat had made dramatic begging a habit, Göksu said: "I learned that he does more than just patiently wait in the pet food aisle. Sometimes he raises one paw and pretends to be injured, sometimes he pretends to be starving.

"He howls and meows, and now eats 10 meals daily. The store's employees have caught on to his act and try to limit the amount of food put out for him. There's plenty of food outside, but he still begs for food from here. He has made it a habit. It wasn't just something he did to me, he does it to every customer that comes in."

The store's manager, Ayfer Küçük, said: "It's been two months since I started here, but Nokta was a staff member long before me. He has been 'working' here for two years. Once he discovered the food aisle, he has been coming here ever since.

"Two meows earn him one meal. He fools us all. We buy it, our customers buy it too. He makes everyone buy food. If necessary, he'll limp or pretend to be unconscious. If it were up to him, he would get 15-20 servings a day. But we really don't mind because he also needs to eat," he said.

Can Arkın, one of the customers who came to the store just to see Nokta, said: "We saw our furry friend on social media. I guess he was trained a bit, or he may have learned it himself. He tried it with us too, but I think he was full, so he didn't put in much effort. Everyone feeds him. You should see the shelf, it's empty. He has eaten it all. We came here just to see him.”