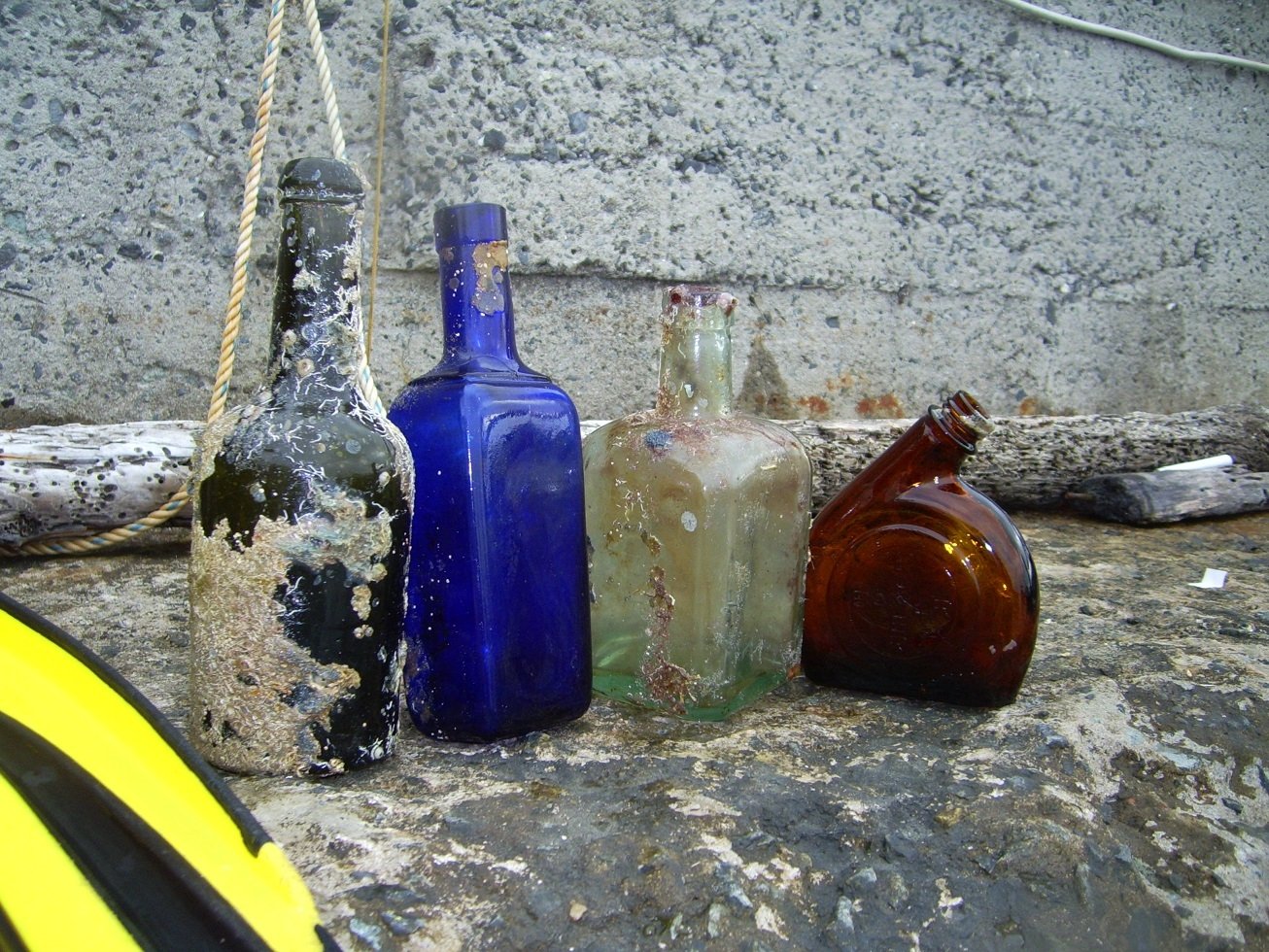 Hakan Kabasakal, a marine biologist and professional diver, stands out among his peers. Kabasakal’s hobby is looking for bottles dating back to Ottoman times and the early years of the Republic and with his collection, he sheds light on the “consumption history” of the Bosporus.

Kabasakal, a professional diver for more than 30 years, mostly works as an underwater cleaner, removing leads left by fishermen and other debris below the Istanbul waterway. When he started coming across old bottles left intact, he began collecting them – “a fun side of the job” for him. So far, he has extracted about 1,000 bottles, bearing the emblems of nearly 200 brands.

The first bottle he found was gazoz (a type of soft drink) produced between the late 19th century and early 20th century. Further dives introduced him to a wealth of bottles scattered below the Bosporus. Among them were gazoz bottles produced and consumed by the city’s Greek community, bottles of mustards produced in Paris, bottles used in the Ottoman palaces, syrup bottles made of resin and more.

“Branded bottles are nothing new for the city. My findings show that Turkey imported plenty of goods during Ottoman times and local production also flourished,” Kabasakal says.

His collection includes a Victorian-era bottle of soda from the United Kingdom he found at a depth of 24 meters (78 feet), just off a seaside mansion in Beykoz district where Abraham Pasha, an Ottoman vizier of Armenian origin, resided. He also found bottles of medicine produced by Francesco Della Suda – or Faik Pasha, as he was known – a 19th-century pharmacist who was known as a pioneer of the industry in the country.

Kabasakal says he delves into history books to find the origins of the bottles.