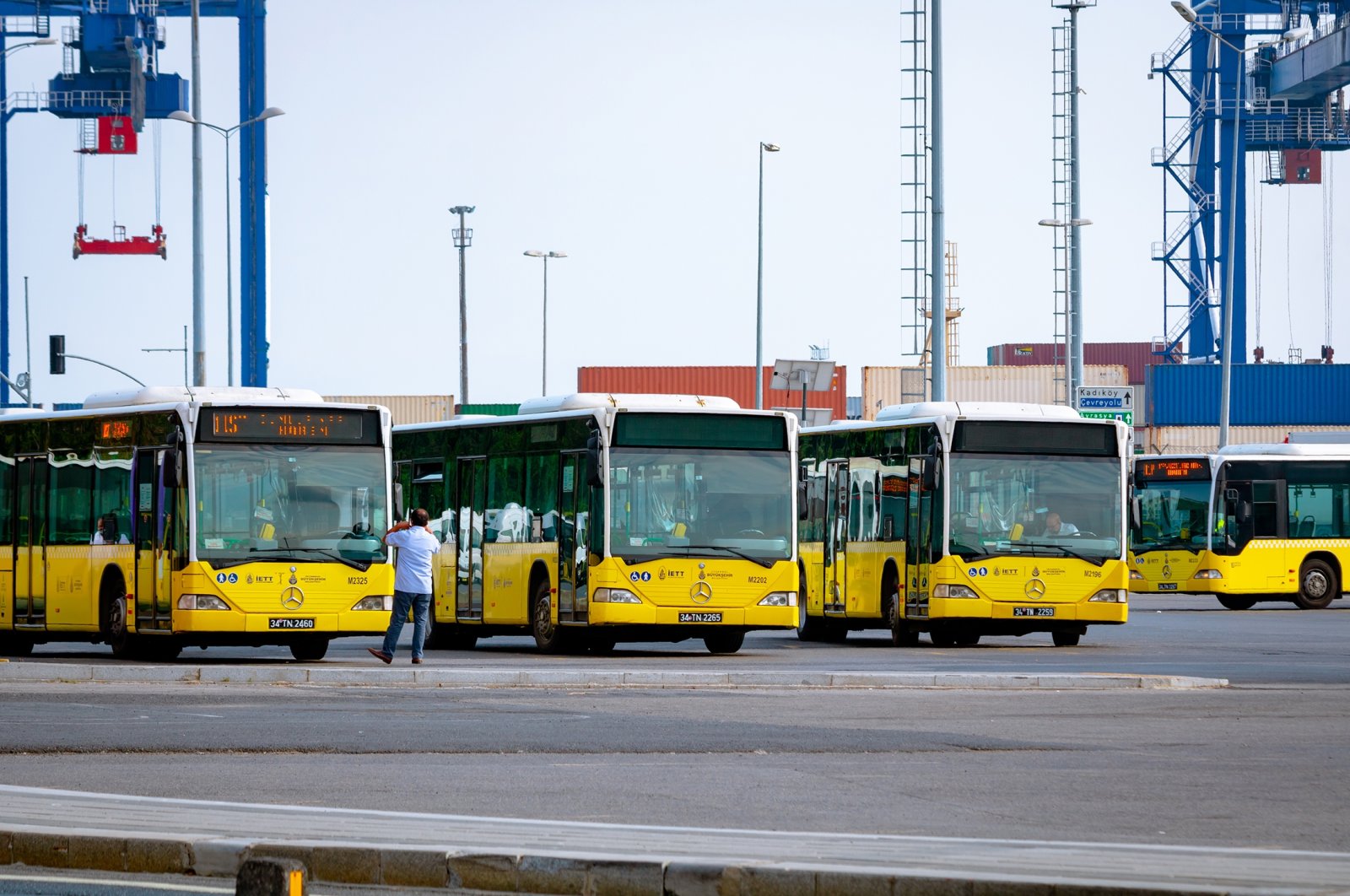 It has been a bad summer of publicity for the Istanbul Metropolitan Municipality (IBB). Over the past two months, photos and videos of the municipality’s passenger buses broken down, on fire or sometimes being pushed by passengers have made the rounds on social media. These problems may not be readily apparent as the number of buses stuck on the road due to engine failure or other problems make up only a tiny fraction of more than 3,000 buses; yet, it is an almost daily occurrence to see another story about a bus broken down.

The municipality downplays the reports and blames the Presidency for not approving their plans to renew its “old” bus fleet with government loans, while critics of Mayor Ekrem Imamoğlu decry the municipality’s failure to ensure proper maintenance of “new” buses. The issue that has dominated the municipal assembly’s agenda for a while is back in the spotlight after assembly members from the ruling Justice and Development (AK) Party and Nationalist Movement Party (MHP) proposed establishing a committee to investigate the maintenance work. AK Party lost the latest elections to Imamoğlu backed by the opposition but boasts a good record in handling the city’s mass transit.

Tevfik Göksu, AK Party Deputy Group chairperson at the municipal assembly, says the average age of buses operated by the municipality was “among youngest in other big cities” at around 5, but it was the new administration that has failed to properly operate them. “These buses were running smoothly before (you won the elections). Why are we seeing them breaking down?” Göksu said in an address to the municipal assembly on Monday.

Earlier, Mayor Imamoğlu had told reporters that Istanbul’s buses were in need of renewal but that the Presidency had not yet given approval to loans “for almost a year.” Göksu says buses were already renewed and new ones were acquired between 2013 and 2018 using the municipality's own resources instead of loans.

“It has been more than two years since you have been elected to office but you could not purchase even a single vehicle with own financial resources of the municipality,” Göksu said, criticizing the mayor. “Buses in use are newer than buses used in other cities like New York, Tokyo, Rome, Berlin or Paris."

For Göksu, one reason the buses fell into disrepair was a change in tenders for the maintenance of buses. Göksu said the municipality handed over the maintenance work to one company, instead of splitting the work to multiple companies. Turkish media outlets report that the maintenance company is linked to Özgür Karabat, a lawmaker for Istanbul for the Republican People's Party (CHP).

Göksu furthered his claim, saying the IBB dismissed even the “Mercedes company,” finding it “not sufficient for the maintenance of buses.” Göksu said the company linked to Karabat on the contrary was not adequate and he claimed that the use of poor-grade material for bus repairs exacerbated the situation, leading to more buses breaking down.