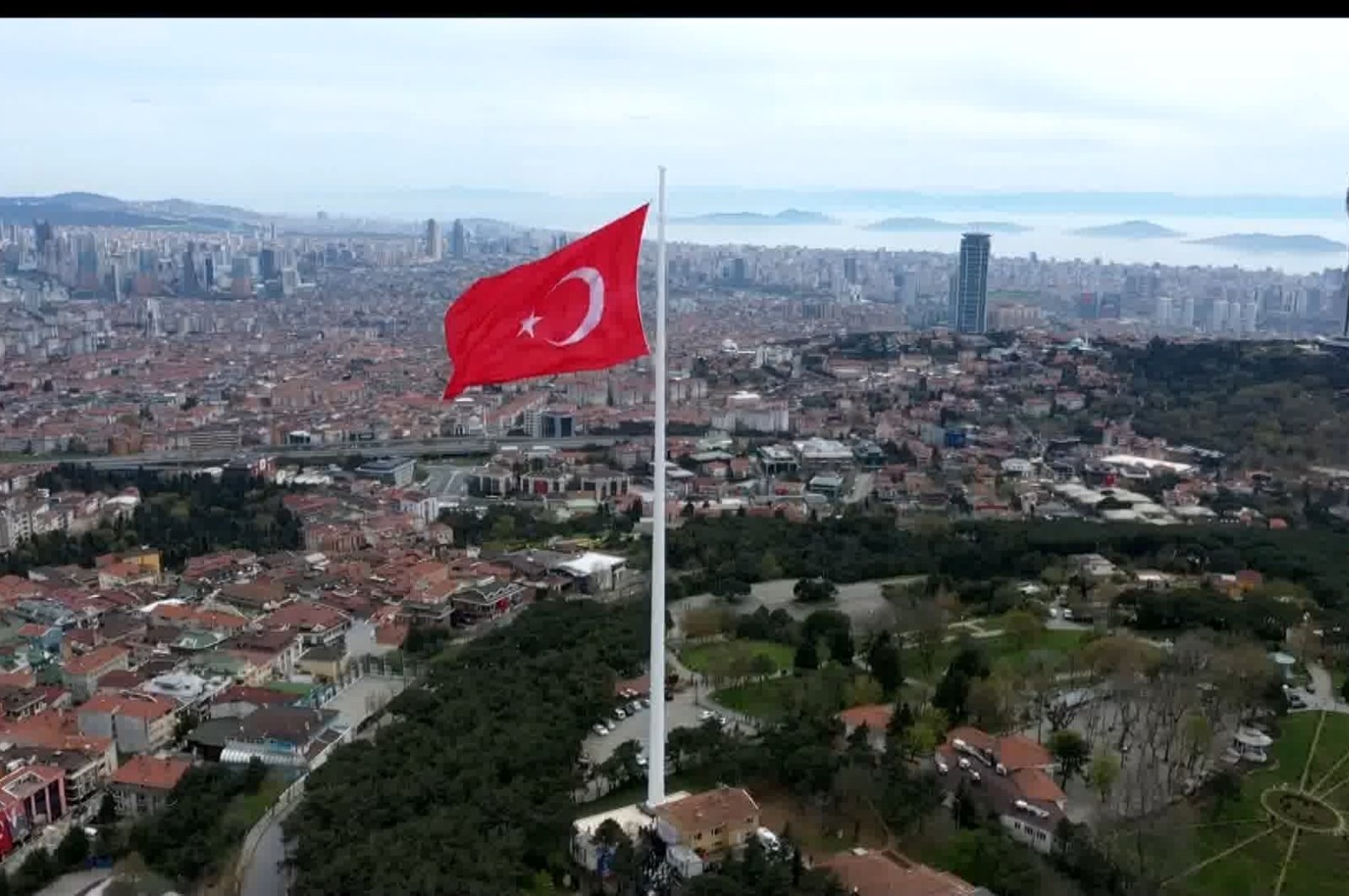 At 111 meters (364 feet), Turkey’s tallest flag pole was inaugurated on Friday on Istanbul’s Çamlıca Hill. President Recep Tayyip Erdoğan was accompanied by a group of children to hoist a large flag on the pole on the occasion of National Sovereignty and Children’s Day.

The pole is located at a site that once hosted a cluster of TV and radio antennas. A new TV-radio tower, a giant new landmark for Istanbul, was built in a nearby area.

Erdoğan, joined by Transportation and Infrastructure Minister Adil Karaismailoğlu, whose ministry oversaw the installation of the pole and TV-radio tower, pushed buttons with children waving small flags to unfurl a 1,000-square-meter (107,639-square-foot) flag at the top of the pole. The ceremony continued with the recitation of the national anthem as the flag reached to the top of the pole.

The enormous flag, whose pole exceeded the height of a similar one in the capital Ankara by 1 meter, is visible from multiple locations across Istanbul, which is known as the “city with seven hills.”

“Çamlıca now has a new face, with a new mosque, a new tower and Turkey’s largest flag,” Erdoğan said at the inauguration ceremony for the pole. “The flag is the most important symbol of independence for the Turkish nation. You will be safe under this gentle flying flag,” Erdoğan said.