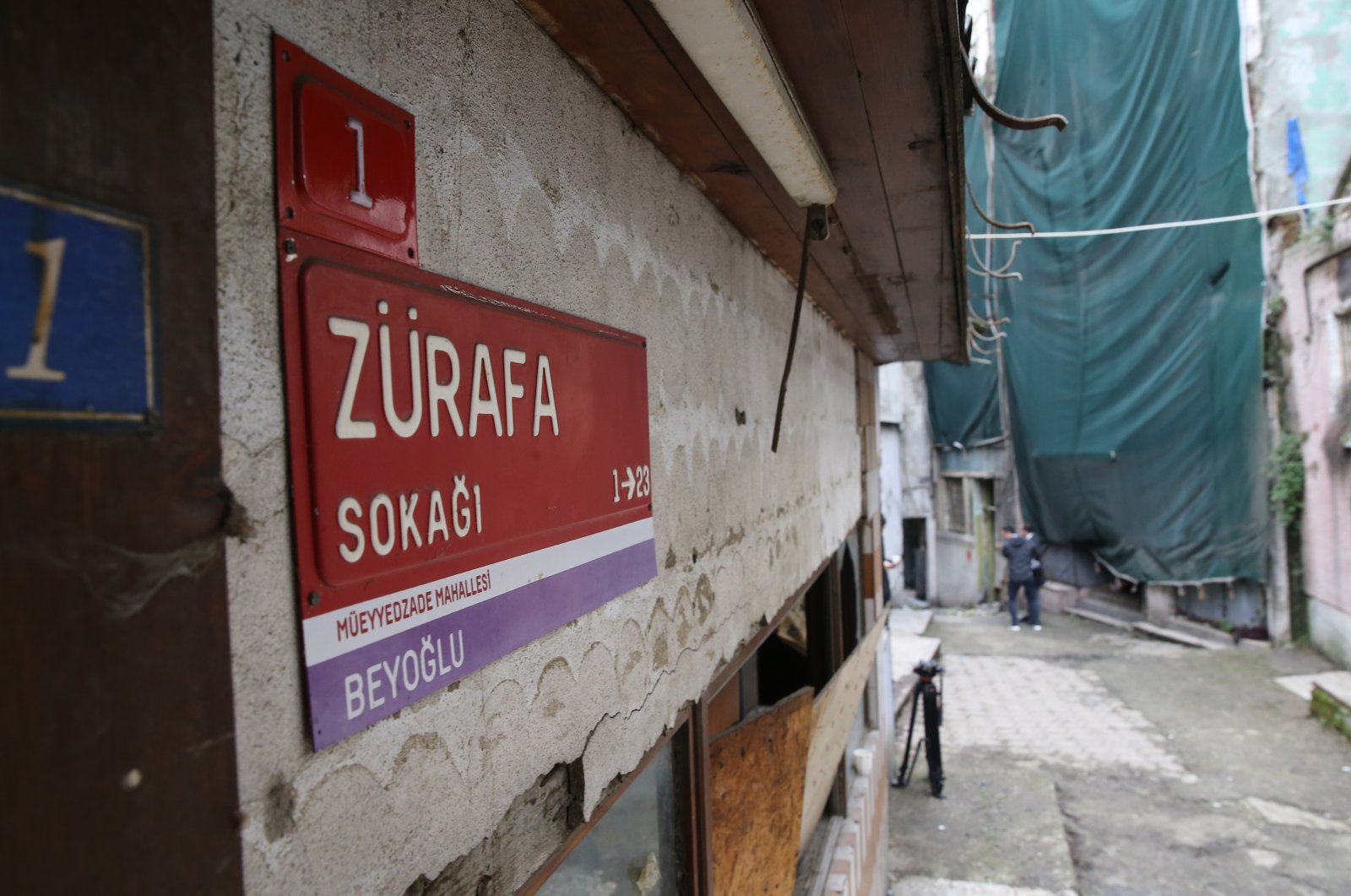 The (in)famous streets that once served as the oldest brothels of Istanbul, often an overlooked spot in the heart of the city due to their dilapidated condition, will finally be transformed into a culture and arts hot spot.

Most of the properties on Zürafa, Alageyik and Kadem streets in the city's historic Karaköy quarter were used as brothels; however, most have remained empty for more than 20 years and only a few were operating until the COVID-19 pandemic, during which health regulations permanently ended the decadeslong business.

Accompanied by correspondents and journalists, Beyoğlu Mayor Haydar Ali Yıldız visited the site on Monday, saying that the site will continue to serve as a culture and arts center.

Yıldız said the project is not concerned with the ownership of the properties or linked to ongoing court battles and inheritance issues but rather focused on changing the function of the streets in line with the recently launched Beyoğlu Culture Road project.

Saying that 37 out of 42 properties on these streets belong to the heirs of late brothel owner and tax champion Matild Manukyan, Yıldız thanked the Manukyan family and heirs for their initiative and letters of intent to transform the streets.

"A council will be formed out of the claimants, heirs, NGOs (nongovernmental organizations), intellectuals, businesspeople, by which the transformation will be discussed in its largest scope," Yıldız announced, saying that the municipality's role will be carrying out the planning stages and bringing stakeholders together.

The brothels in Karaköy, once the center of Istanbul's trading and shipping businesses, had been officially operating in the area for the last 137 years, initially launched to serve foreigners based on a regulation issued in 1884 during Ottoman Sultan Abdülhamid II's rule. They continued to operate legally during the Republican era, along with other "official" brothels under government monitoring for security and prevention of sexually transmitted diseases.

Most of the brothels in the Karaköy area closed after the 2000s as local authorities refused to issue new operation permits, along with the government's overall negative attitude toward the official brothels. It is reported that four to five brothels remained in operation until their services were suspended in March 2020.

The poor condition of the area, which is located among schools, houses of worship and historic landmarks, had long been a source of discontent for locals.